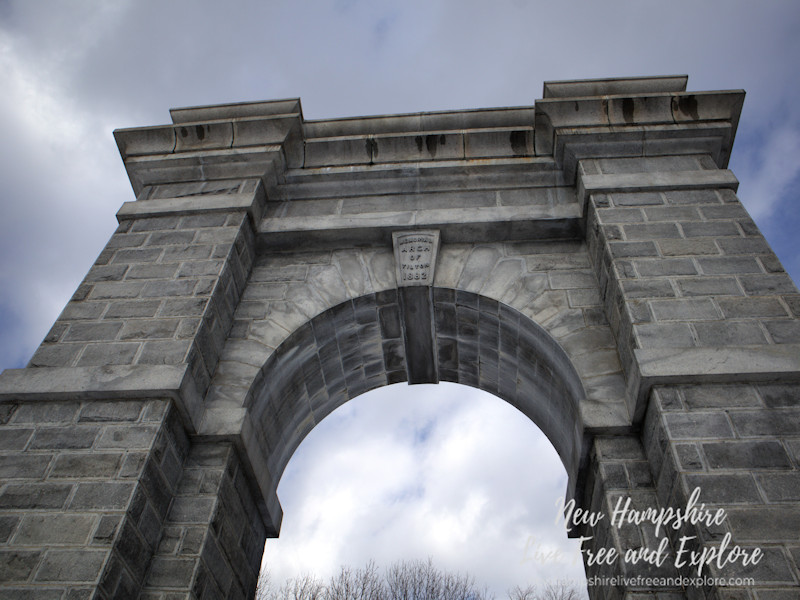 Today’s post brings us to the Lakes Region and Tilton, New Hampshire. I want to methodically explore and grow my coverage of New Hampshire and the blog post map helps me visually see areas and regions to focus on. It’s a little like throwing a dart at a map but with a little more intent behind it. Maybe the dart idea could be a once-a-year concept, what do you think?

We have a vacation scheduled for the Lakes Region this summer and we are excited to explore things to do and spend some time on Squam Lake! If you have ever been to the Lakes Region, it is easy to understand where it gets its name.

I had seen a post on social media that highlighted a massive stone arch celebrating Tilton and it intrigued me enough to do some homework and schedule this visit.

My daughter and I planned a hike along the Winnipesaukee River Trail in Franklin and then I went on to explore Tilton for the rest of the day. New Hampshire is blessed with amazing rail trails and this one is worth a visit if you are in the area.

Having finished hiking and exploring The Winnipesaukee River Trail in Franklin, I decided to take a drive back through downtown Tilton and check out the numerous statues that you can’t help but notice as you pass through.

Charles E. Tilton, a fourth-generation Tilton, had a big influence on the statues and memorials placed across town and had petitioned the town to be named Tilton in honor of his ancestors.

“Timetable Mable” was the first statue I stopped to grab a few pictures of. She is a symbol of Europe and is created from Italian marble. 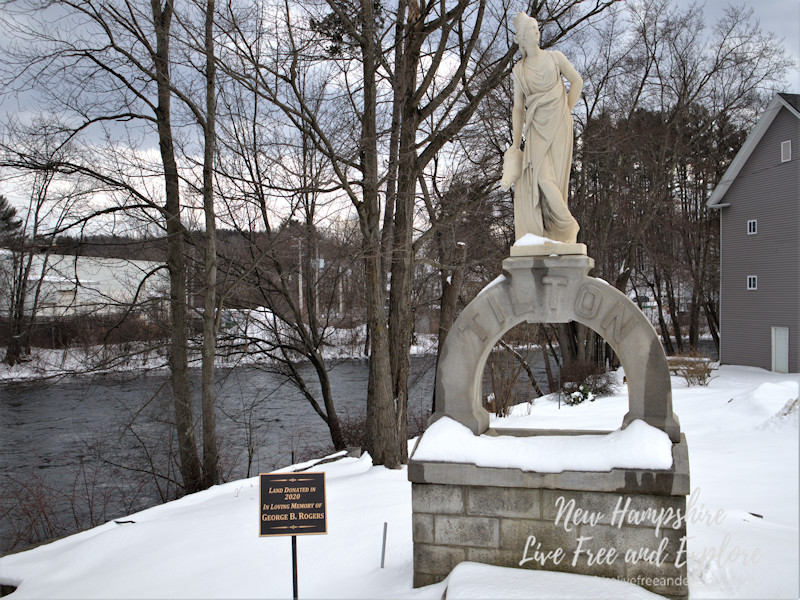 Island Park is close by and also caught my attention. Situated in the middle of the Winnipesaukee River it looked like a sweet place to relax in the summer and take in a concert. 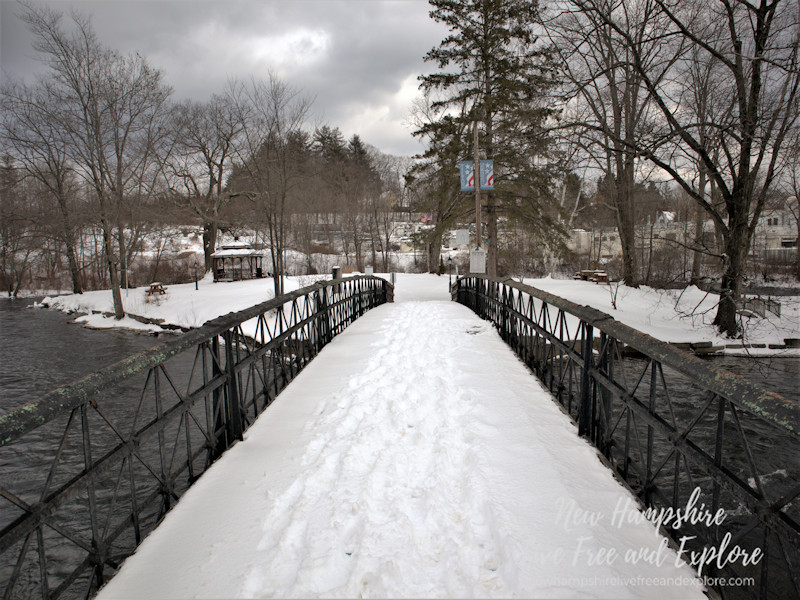 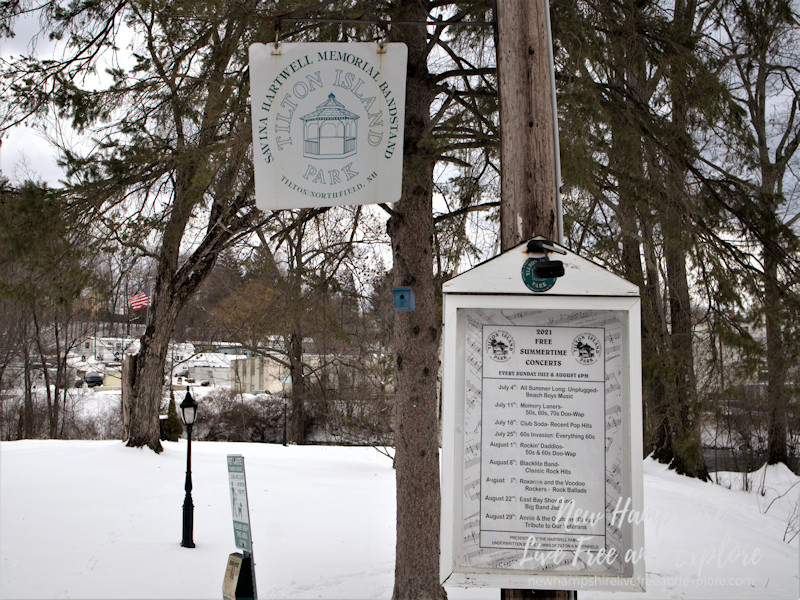 “America” was the next statue along my stroll through downtown Tilton. It sits at the head of Main Street near the town hall. 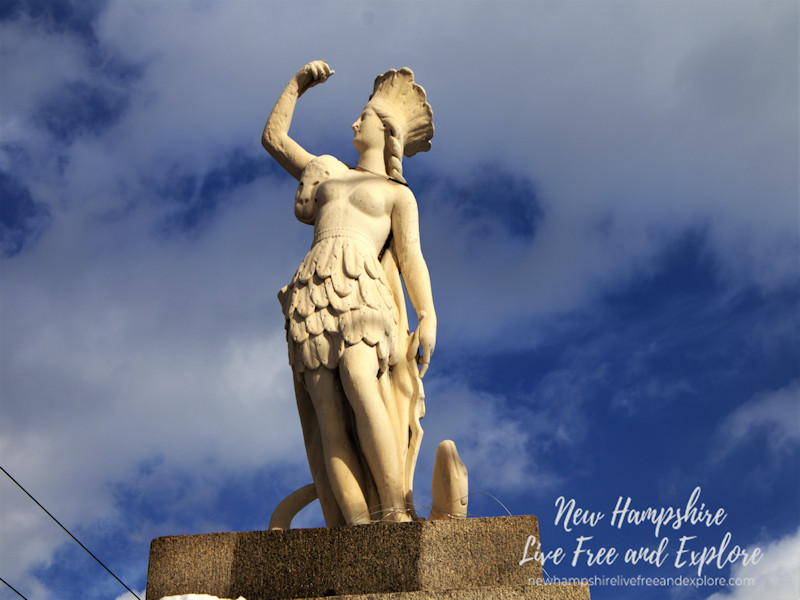 “Onions” looked like a great place to eat and the catchy name begged for a picture. The menu looks fantastic and I find myself wishing I had stopped in! 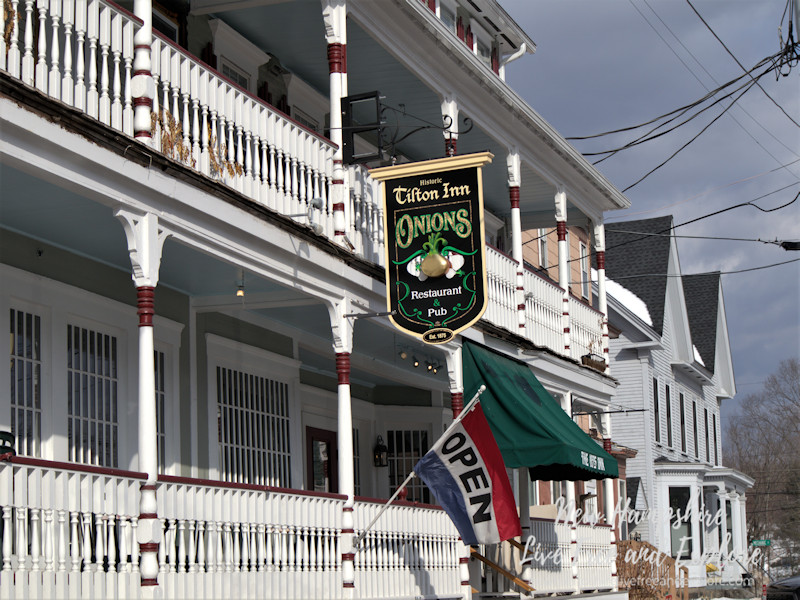 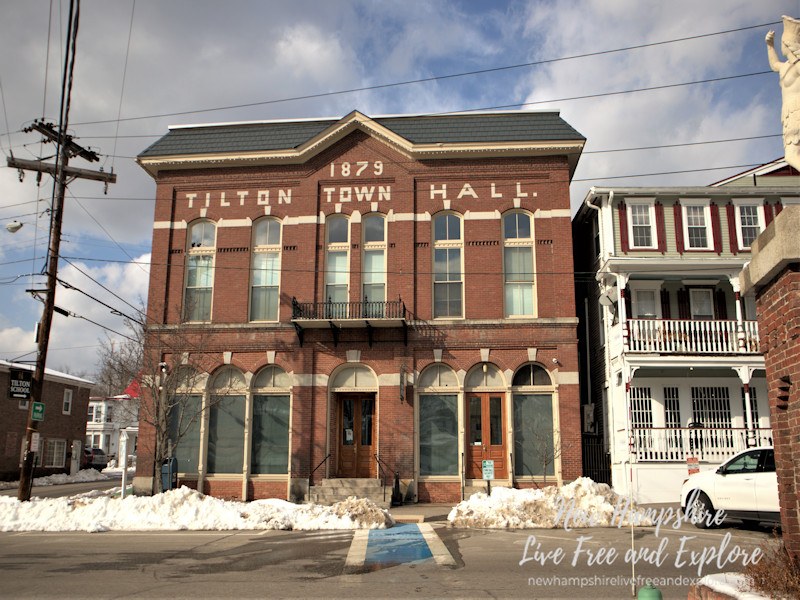 Downtown had a nice mix of shops and restaurants. It is always nice to see old buildings repurposed and surviving as a mix of the old and new. Tanger Outlets is nearby for those needing more of a modern-day shopping fix. 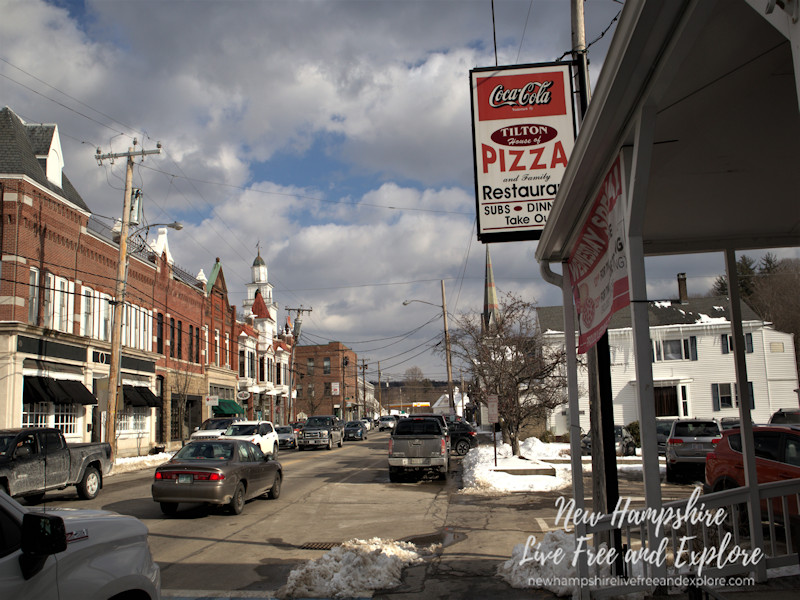 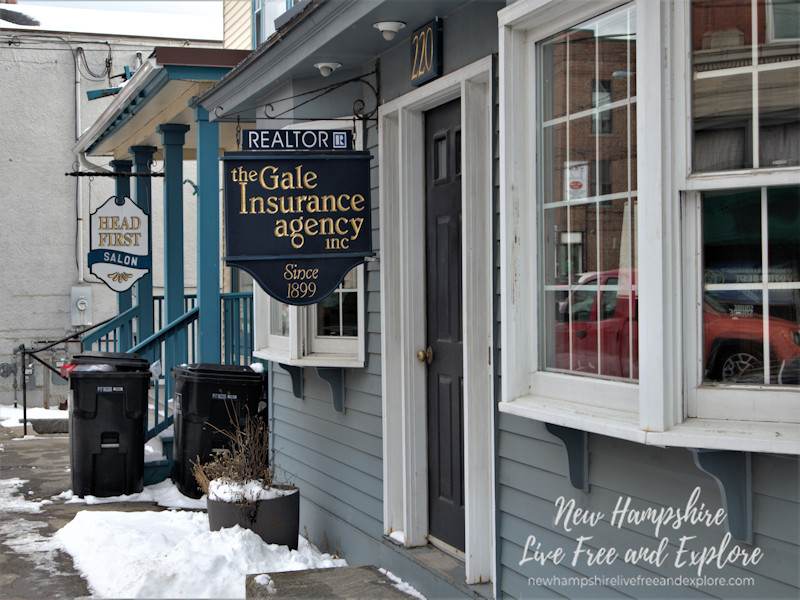 Squantum was the Native American Chief that befriended the first settlers at Plymouth Rock in 1620. This memorial is one of a lot of 20 created in his honor. I have always been fascinated by Native American culture and would like to learn more about it. The Mount Kearsarge Indian Museum is on my to-do list.

There are two other monuments that I, unfortunately, didn’t have time to explore; “Asia” and “Soldier’s Monument.” Check out this link for more information on all of them. 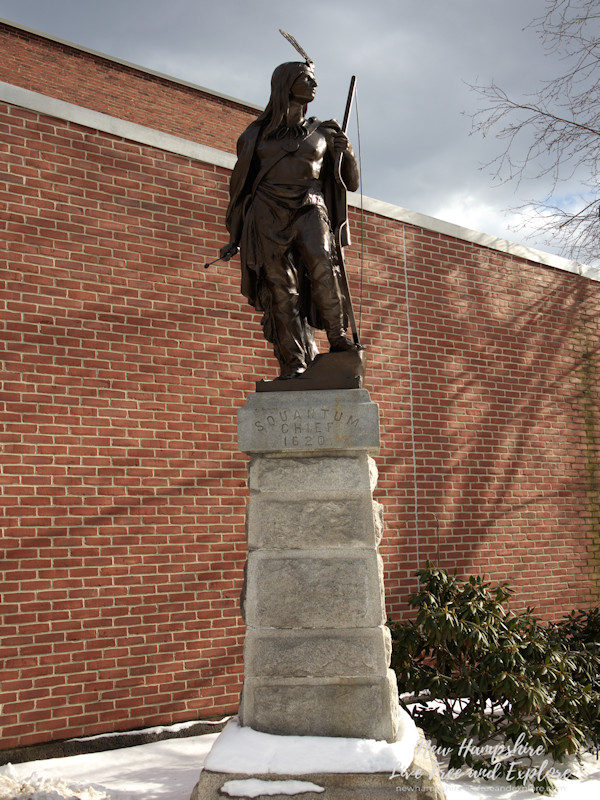 Tilton Prep School is a prominent feature within the town of Tilton. It sits on a hill overlooking Main Street and encompasses approximately 150 acres with an impressive campus. It was established in 1845 and hosts over 200 students from across the world. 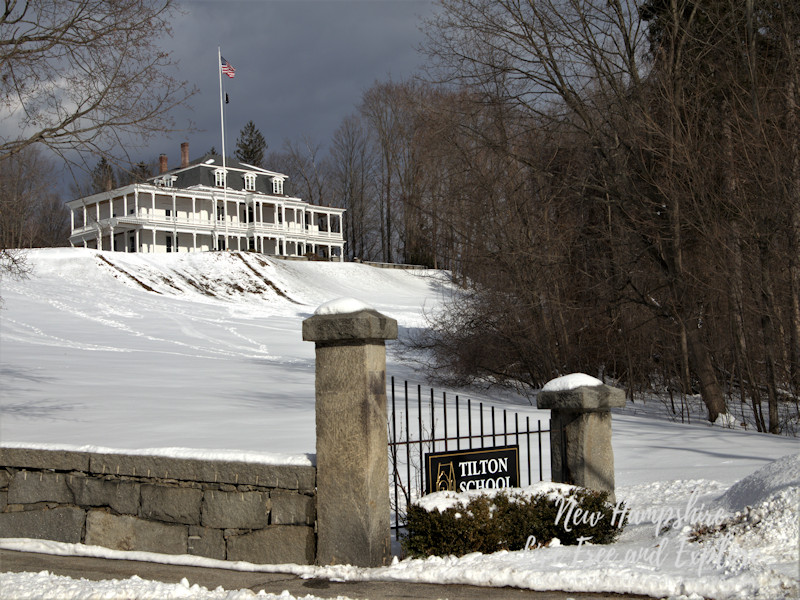 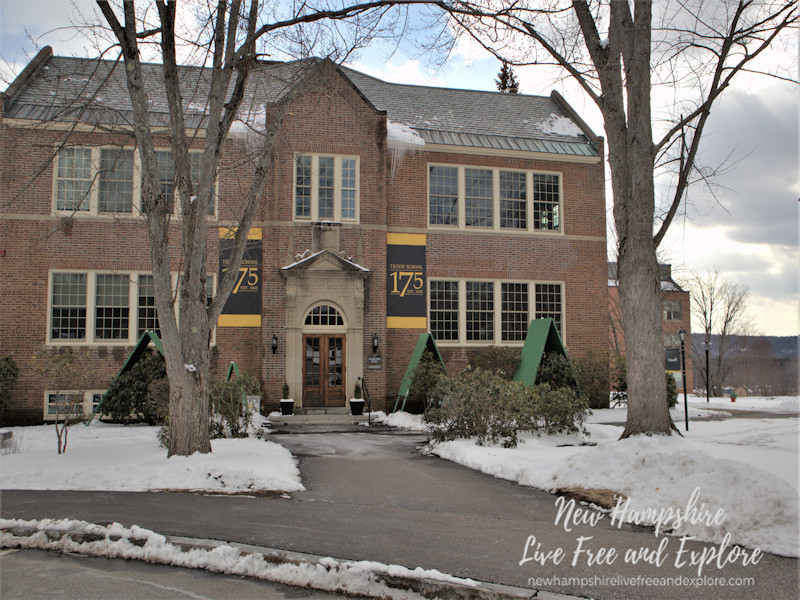 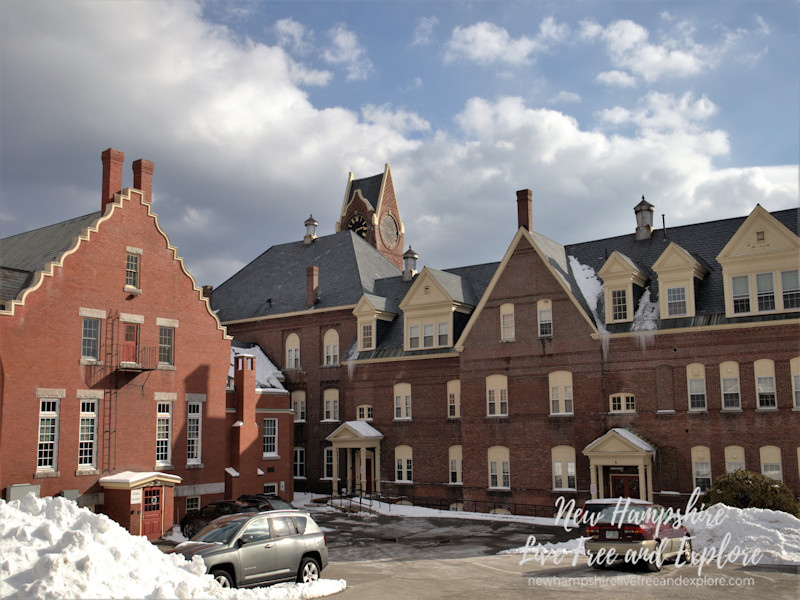 The Memorial Arch of Tilton

The Memorial Arch of Tilton is a tribute to the ancestors of Charles E. Tilton. It is actually in the town of Northfield which has some interesting history behind it. Tilton had a dream that the two towns of Northfield and Tilton would someday merge to become one larger community of Tilton. The citizens of Northfield were not quite as enthusiastic about the idea, so ultimately, Tilton’s largest monument rests outside of Tilton.

It is an impressive structure that sits on a beautiful grassy knoll with pretty views of the surrounding countryside. 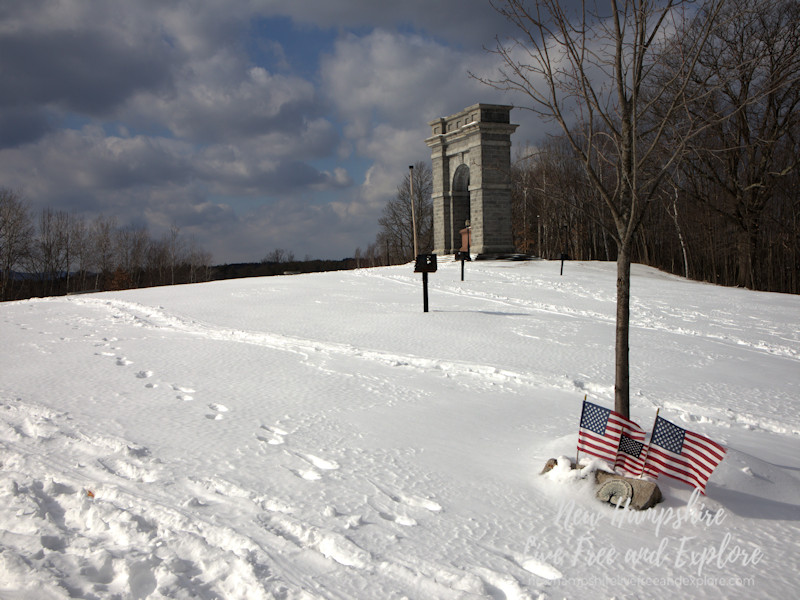 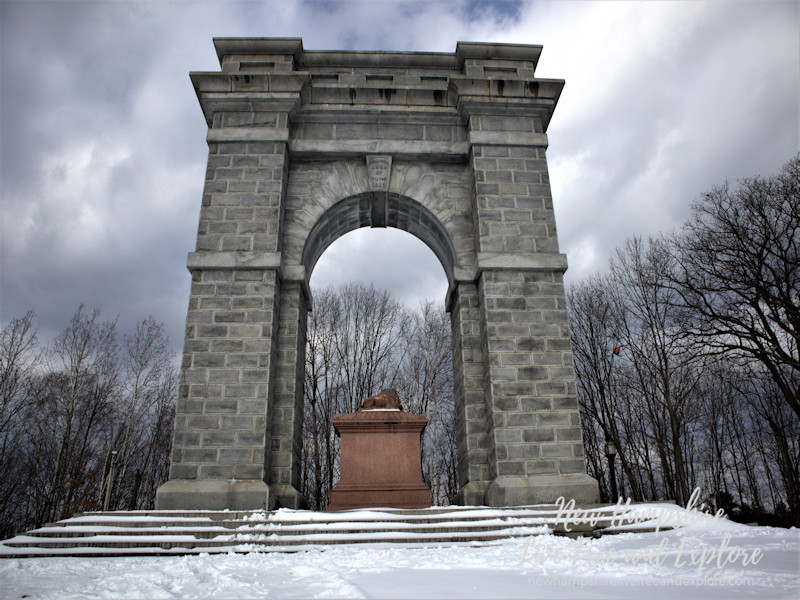 See my post on Weirs Beach or Plymouth to explore more of the incredible Lakes Region of New Hampshire.

Tilton was a fun little town to explore! I always leave an adventure wondering what I may have missed, but that is what makes it fun. I am sure there is much more to explore in Tilton and will keep my options open for future posts.