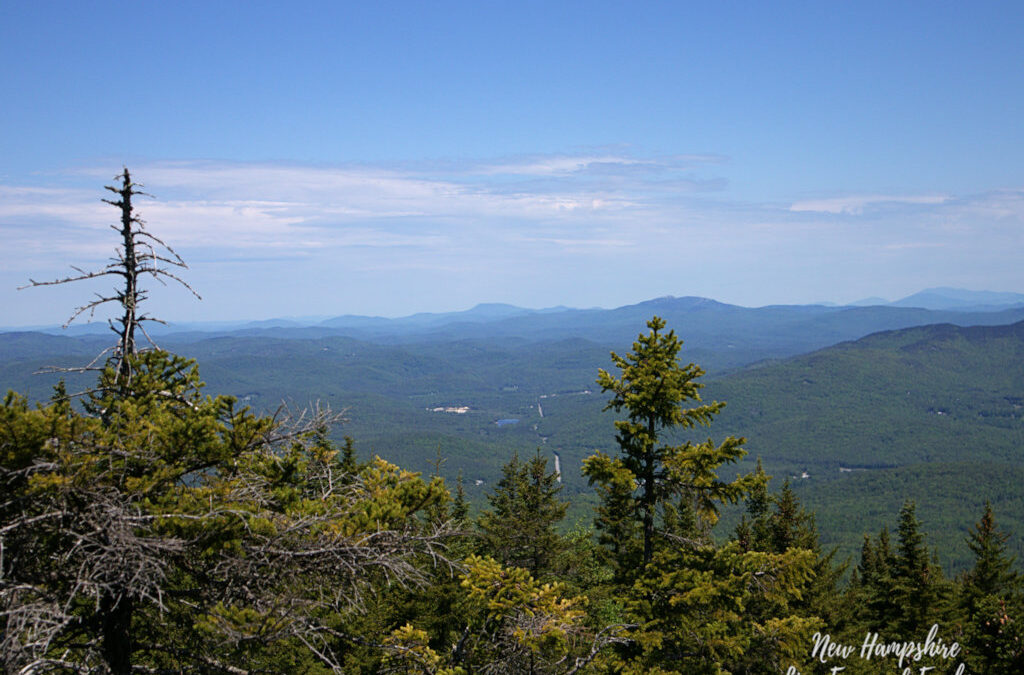 I’ll let the pictures and video do most of the talking for this post. The views really have to be experienced to soak in the full appreciation of how beautiful it is but I hope the story of our adventure inspires you to explore it for yourself.

We could have chosen either Winslow State Park or Rollings State Park for our hike, we opted for Winslow.

Winslow Park has some interesting history to it. There is a sunken picnic area that was once the cellar hole of a nineteenth-century hotel called The Winslow House. The hotel was named after Admiral John Winslow, commander of the USS Kearsarge in the Civil War. The ship was built in Portsmouth using trees harvested from Mount Kearsarge. 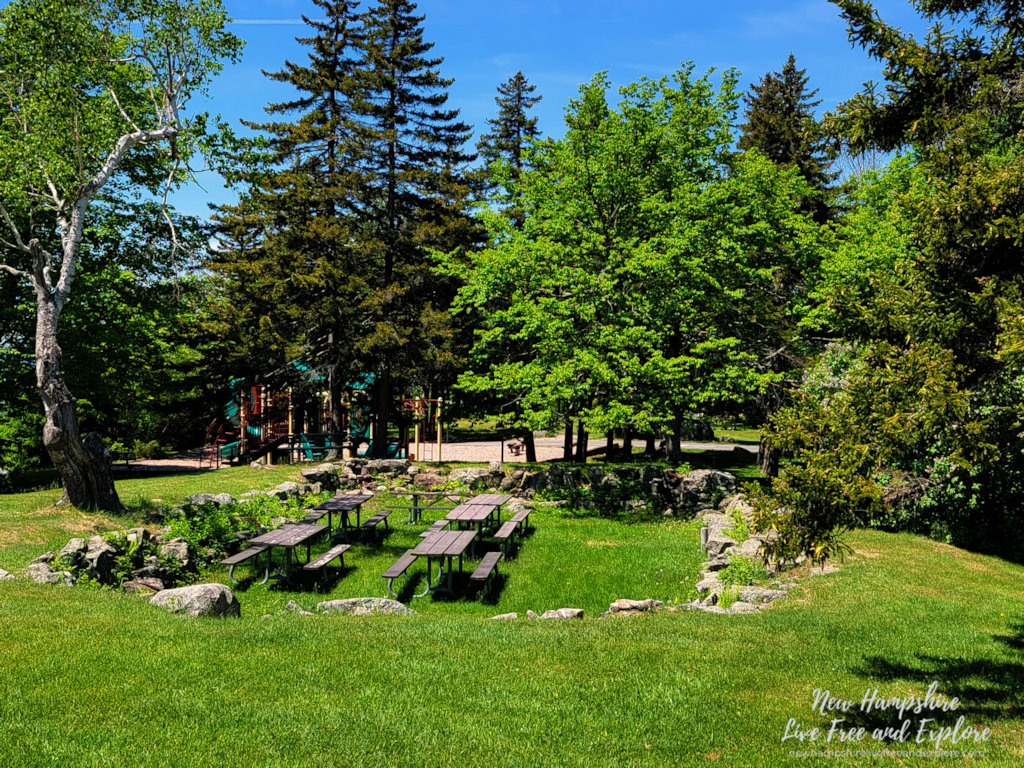 The Civilian Conservation Corps was created during the Great Depression to keep young men employed working on environmental projects across the country. Their efforts would help create the foundation for our national and state park systems that we still enjoy today. 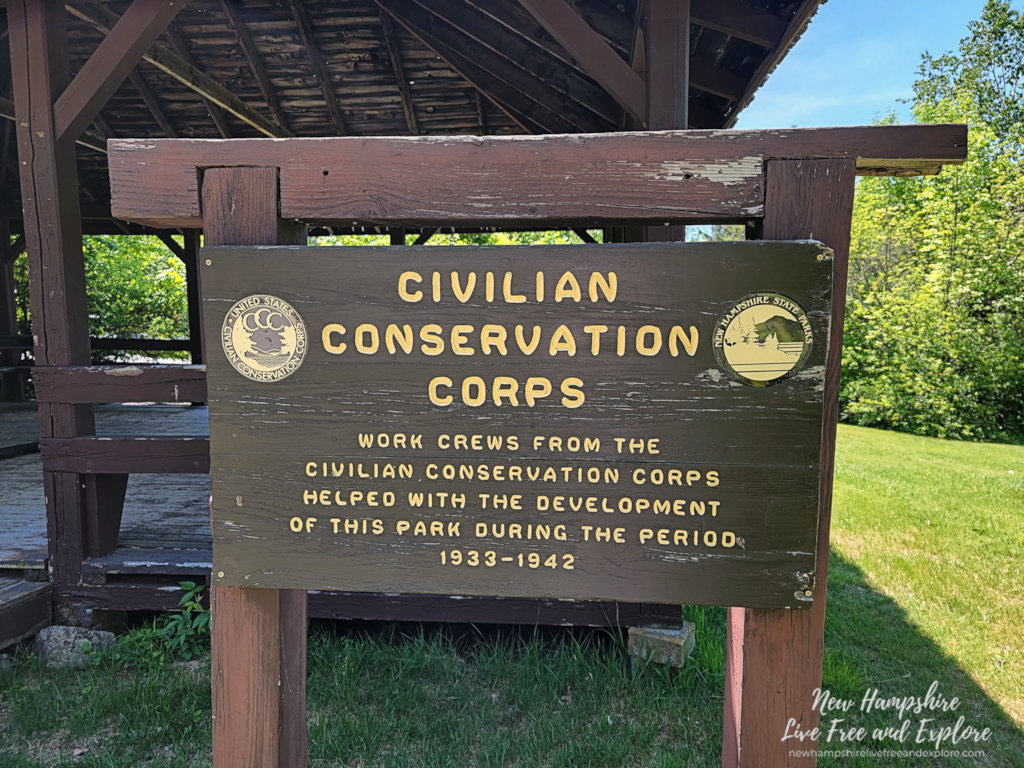 The Barlow Trail is listed as the easier option to the summit. We figured the more challenging Winslow Trail might be easier on the descent. Barlow is listed at 1.8 miles and Winslow at 1.1 miles. My daughter’s dog, Rosie, would be coming along for the day’s hike. 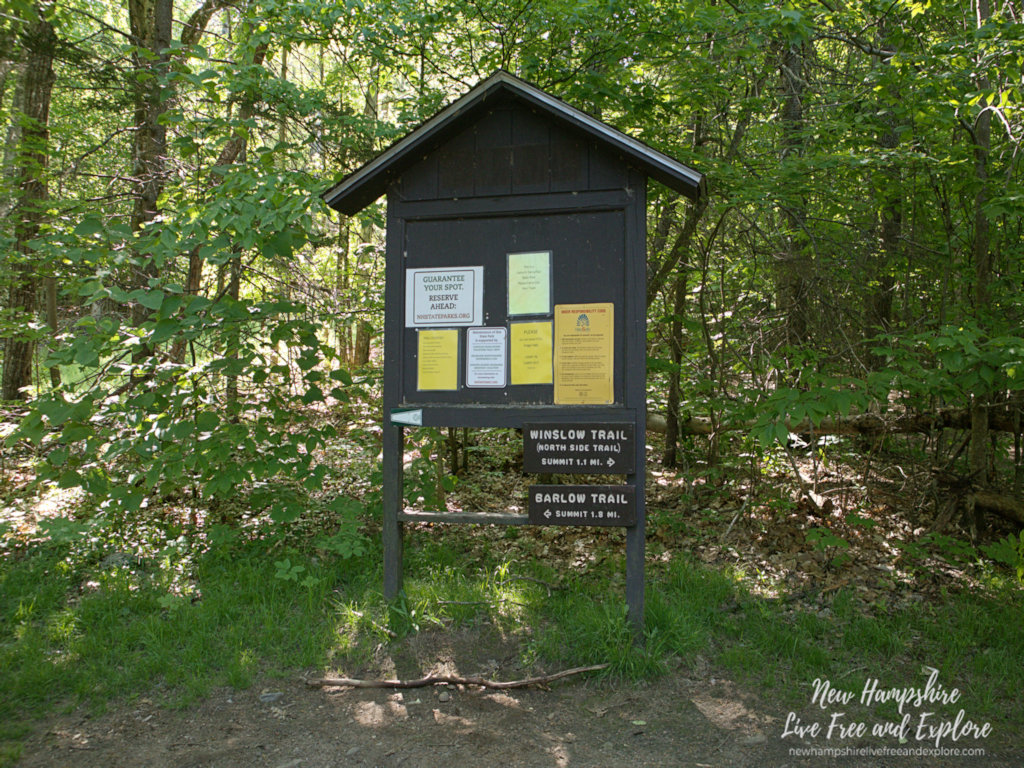 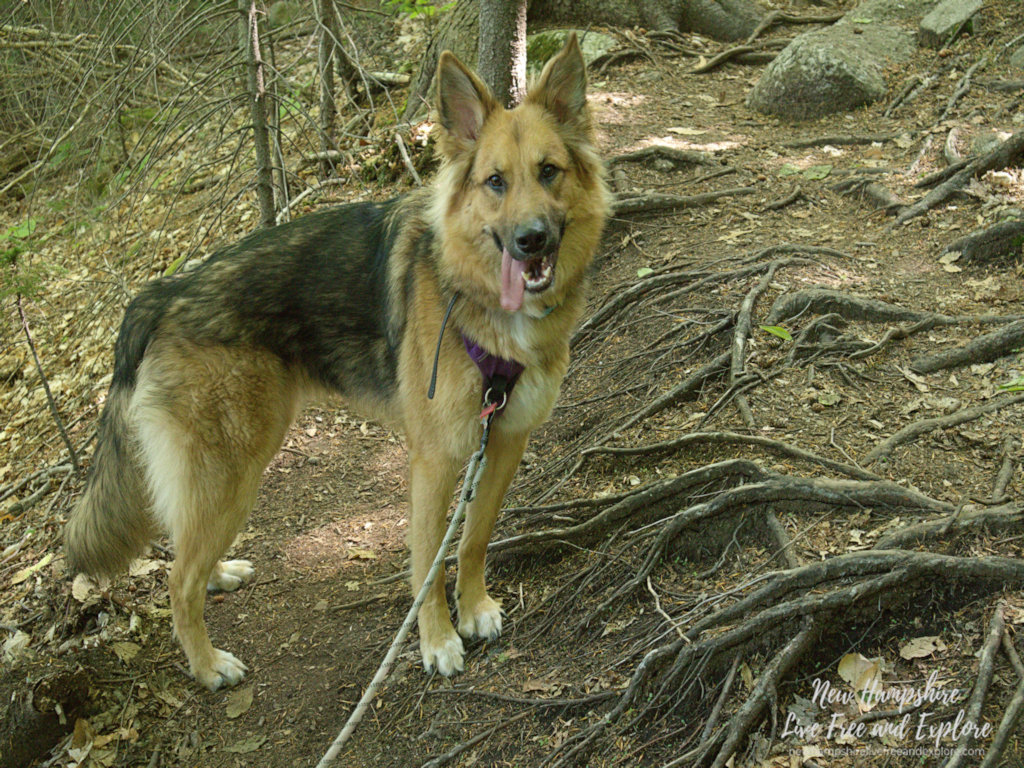 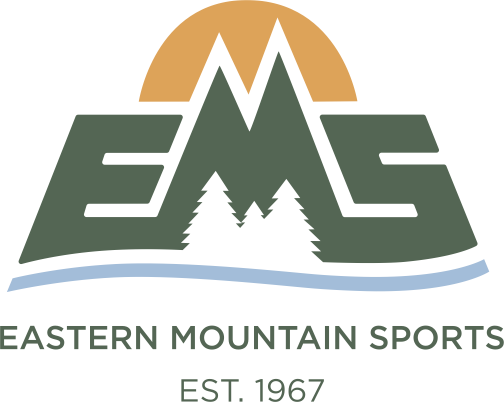 Barlow felt like a moderate climb to both of us. I captured a mix of terrain in the pictures and video so you can judge it for yourself. There were fairly steep sections but it wasn’t constant. Sections with tree roots and rocks add a challenge to keeping good footing. The trail was well marked all the way to the summit. 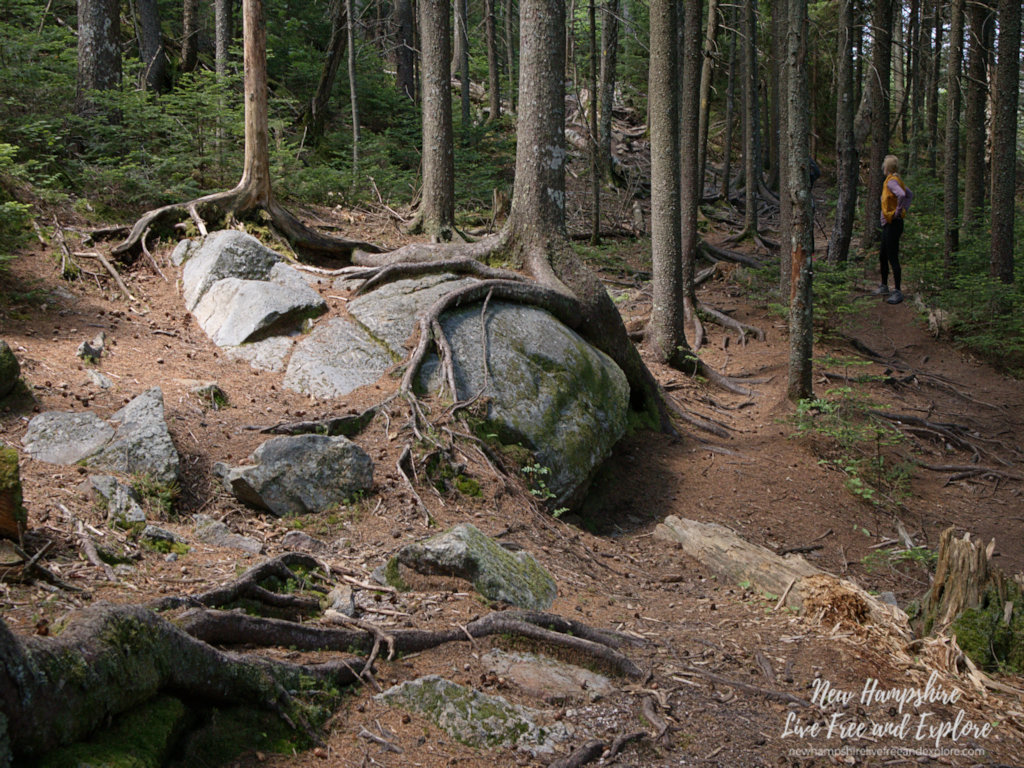 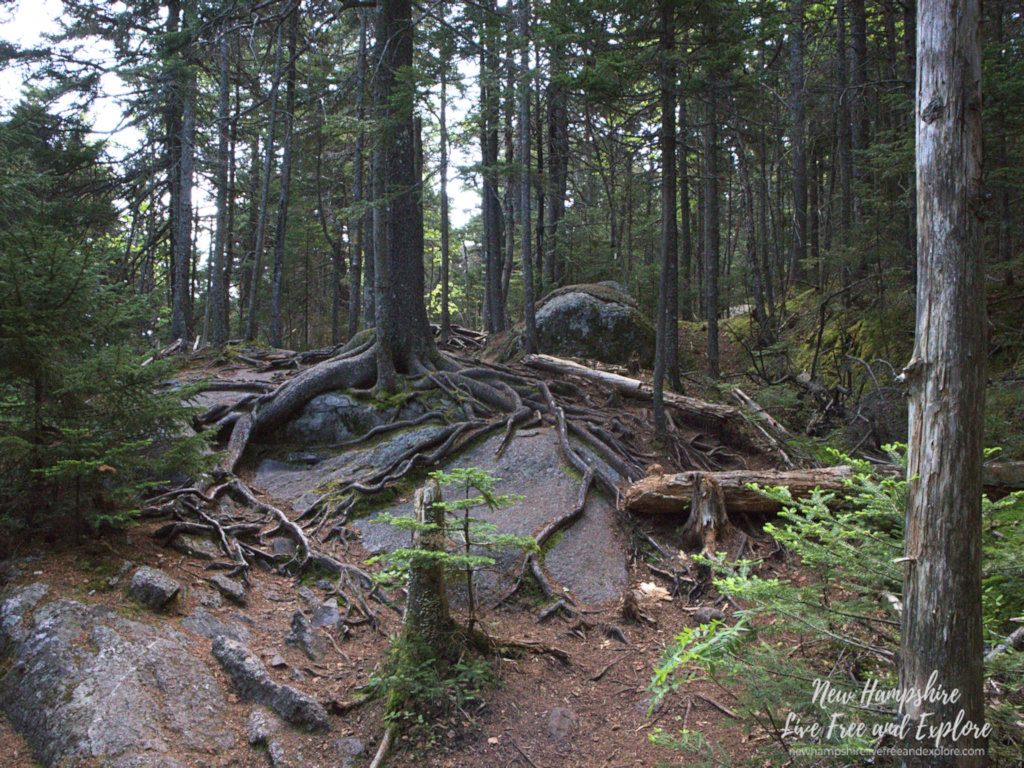 At about the halfway point, we got our first glimpse of the views we were in store for. It wasn’t a perfectly clear day, but the slight haze between mountain ranges added a sense that they continued on forever! 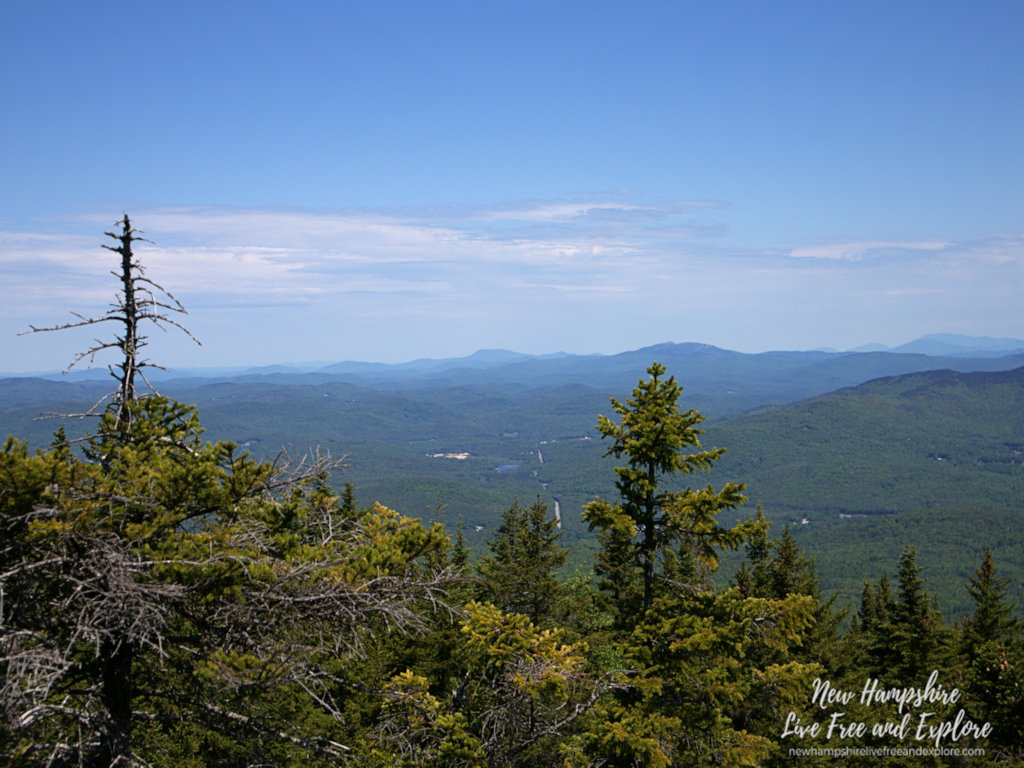 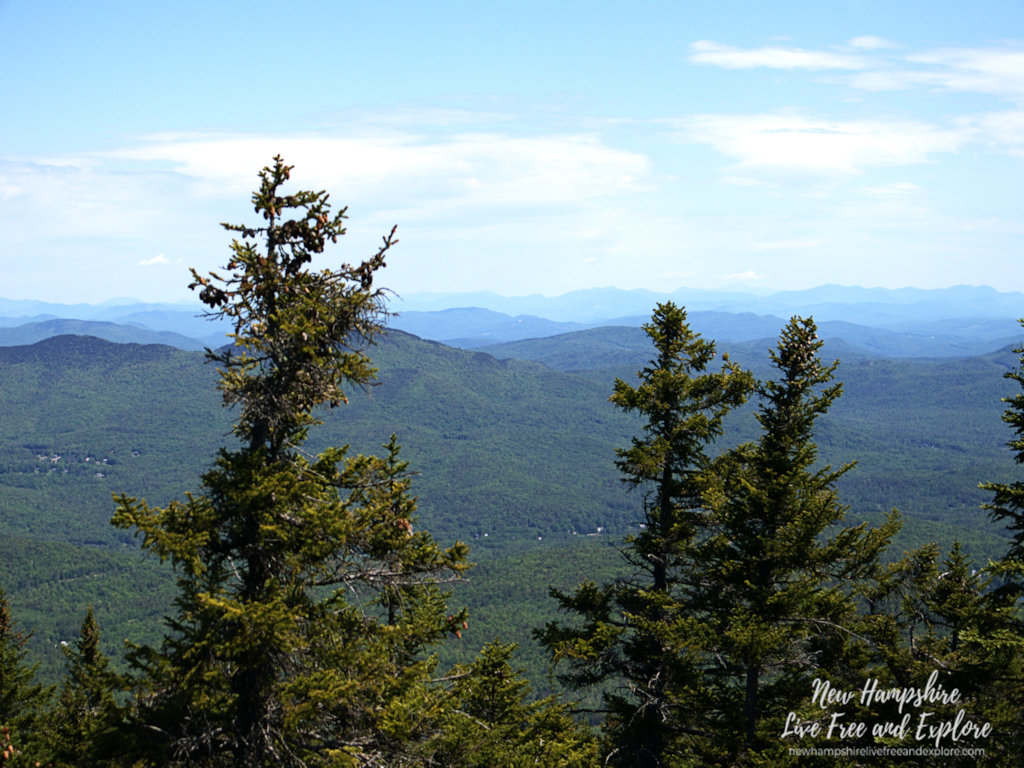 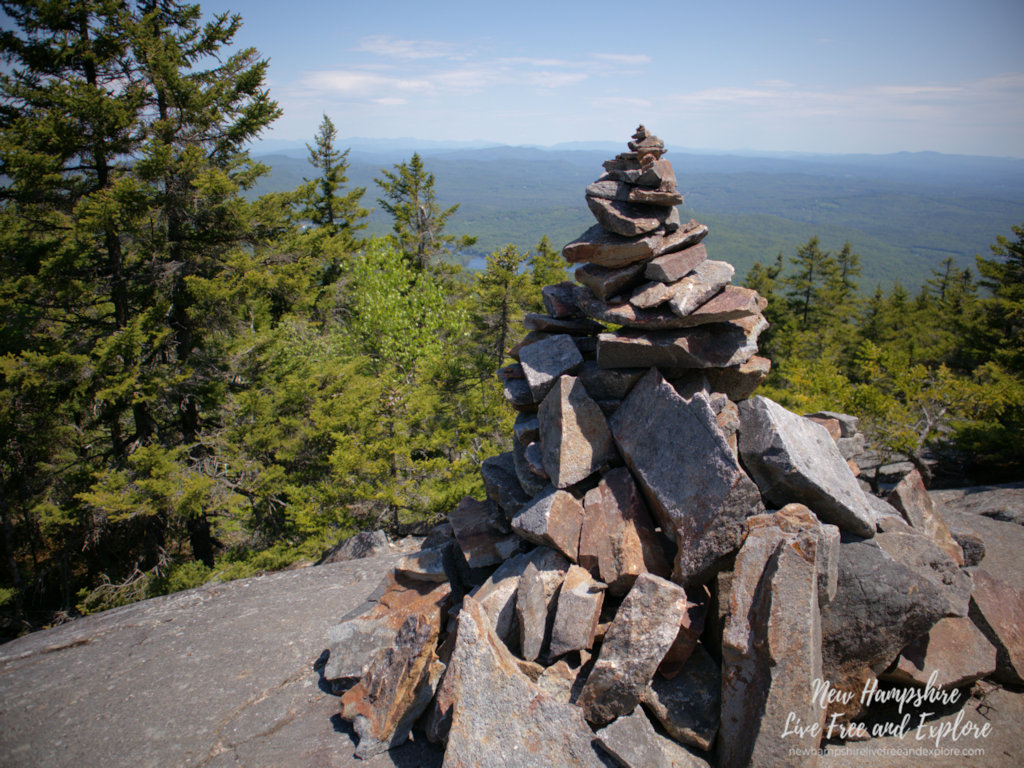 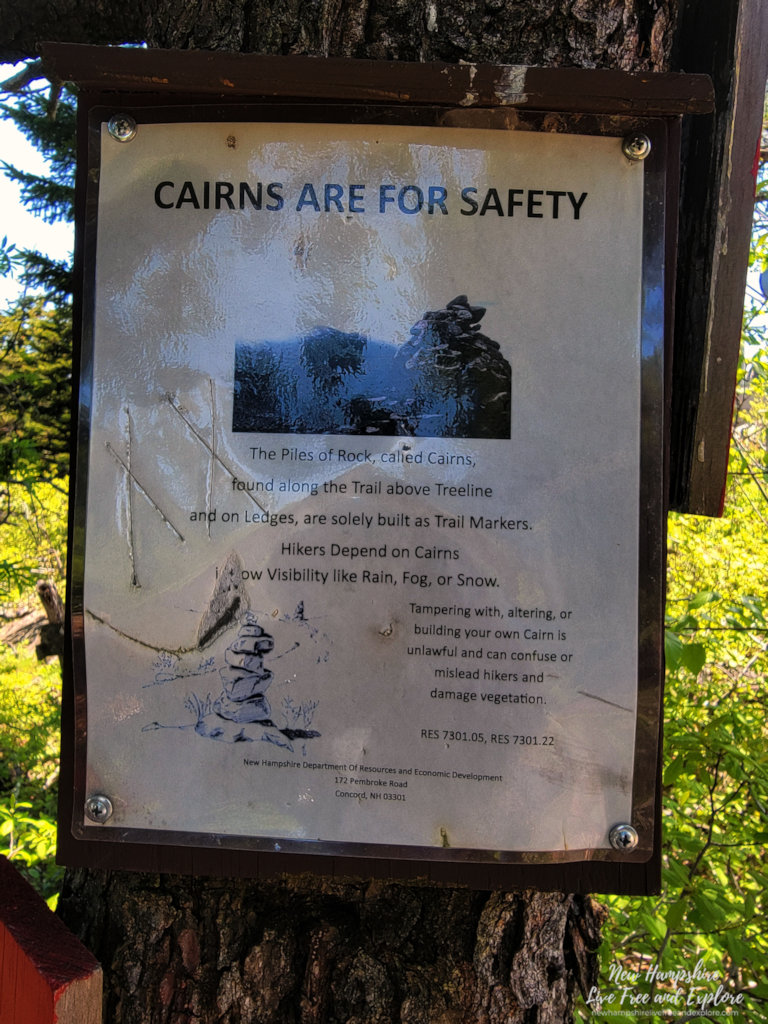 Somewhere around the top third of our ascent, things began to get easier and the views continued to open up. We ran into a variety of people and all of them were friendly and encouraging.

One couple we met at the trailhead had chosen to take the Winslow trail for their ascent. They lapped us on their descent down Barlow at the halfway point for our climb up! There were families with little ones in tow and tucked into carriers, pets, and every age range enjoying the mountain. 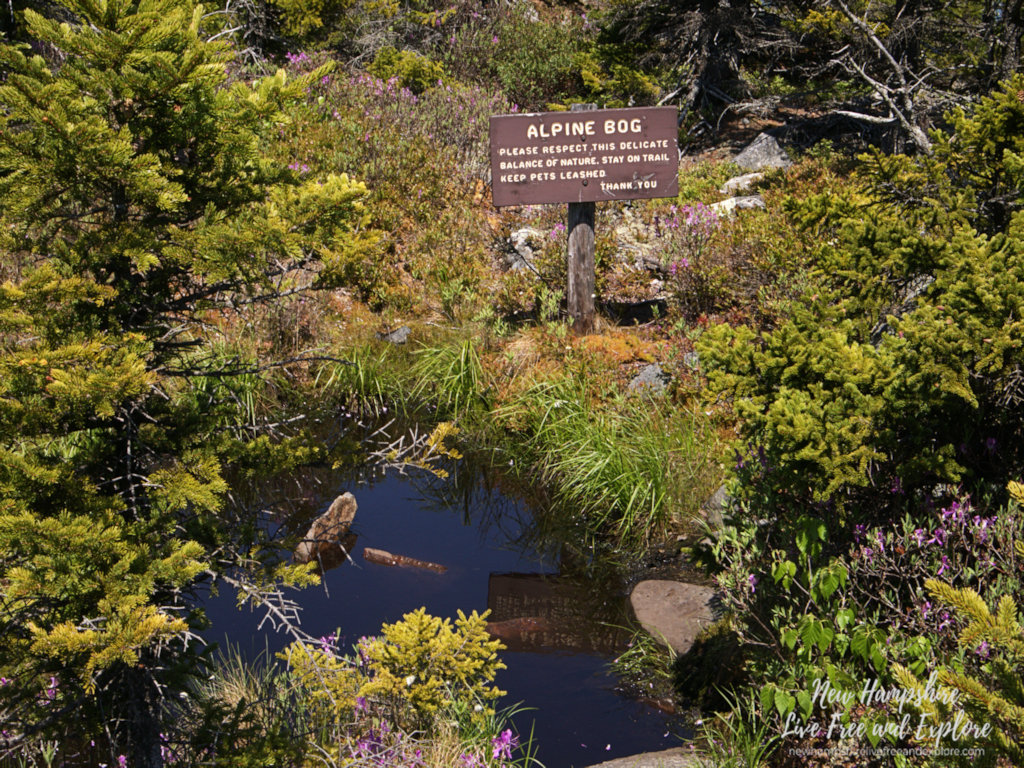 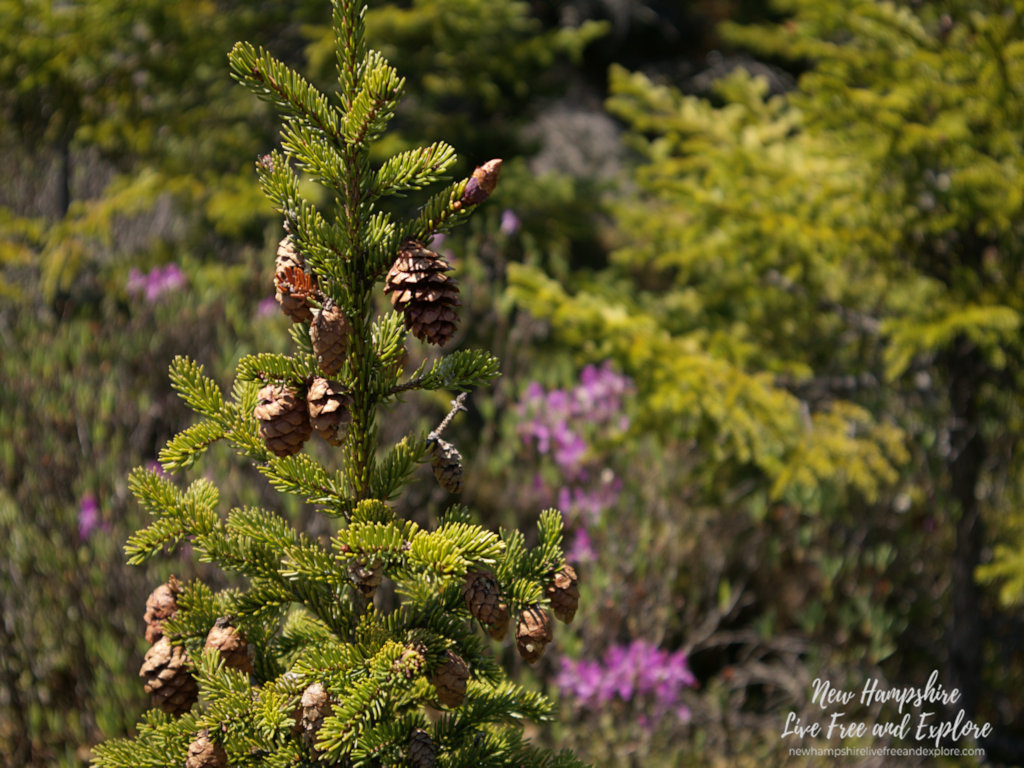 The vegetation begins to fade away and the granite dome starts to reveal itself as you get close to the summit. A fire in 1796 and years of erosion have contributed to the rocky peak that remains. We were looking forward to climbing the fire tower and experiencing the 360-degree views that Mount Kearsarge is known for. 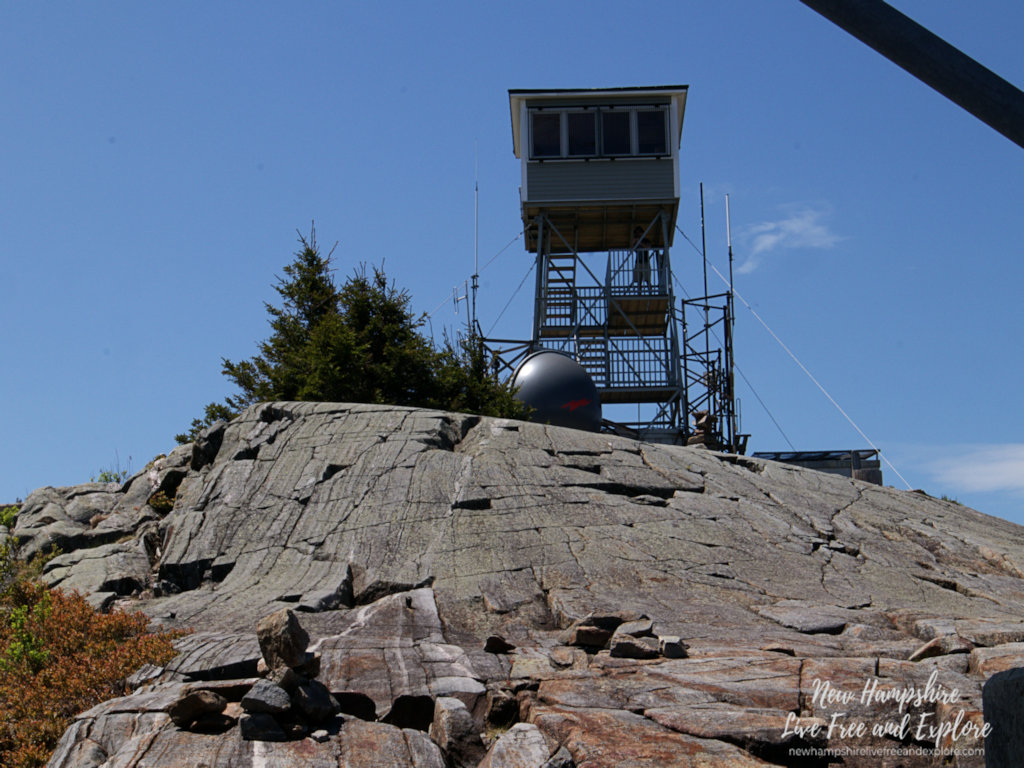 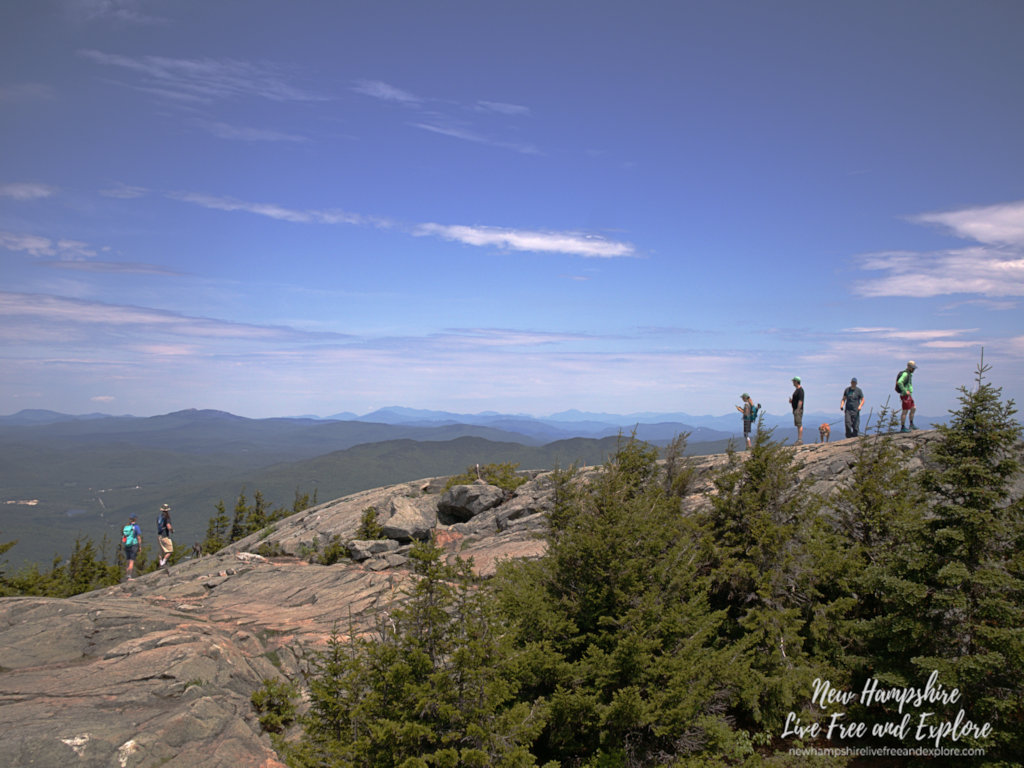 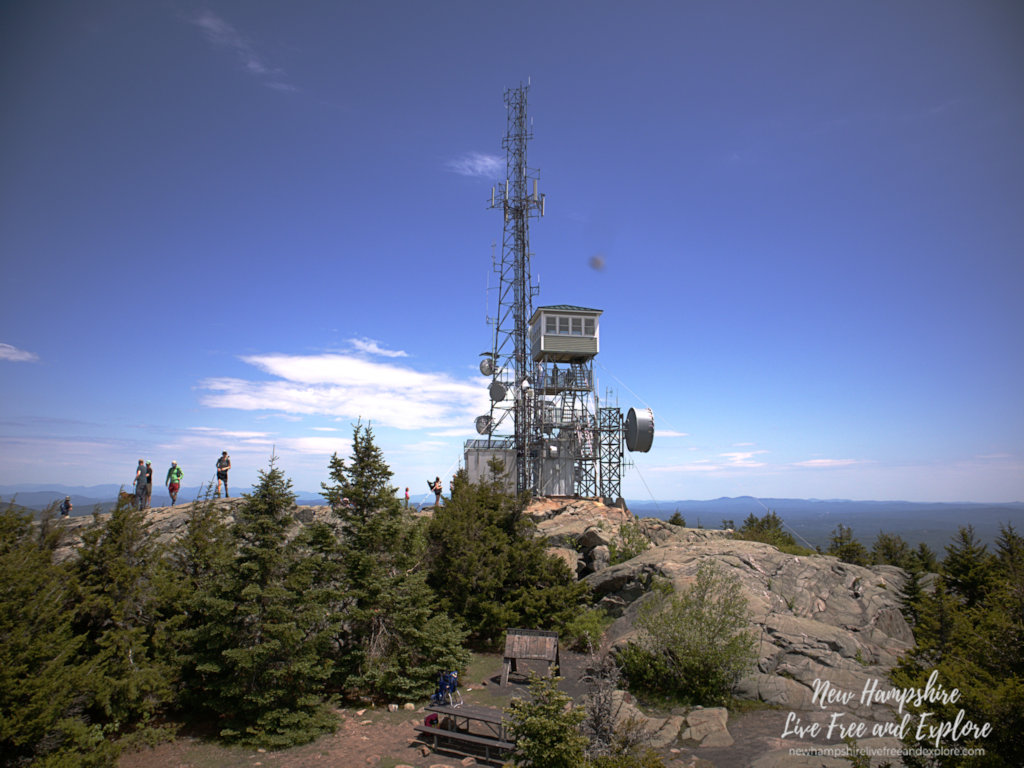 One unexpected surprise was all of the carvings from prior explorers. The one below dates back to 1872! Professor ET Quimby was apparently a geology professor at Dartmouth College. This article in the Concord Monitor gives some background information on him. U.S.C.S. (United States Coastal Survey) would later become what we now call the United States Geological Survey. 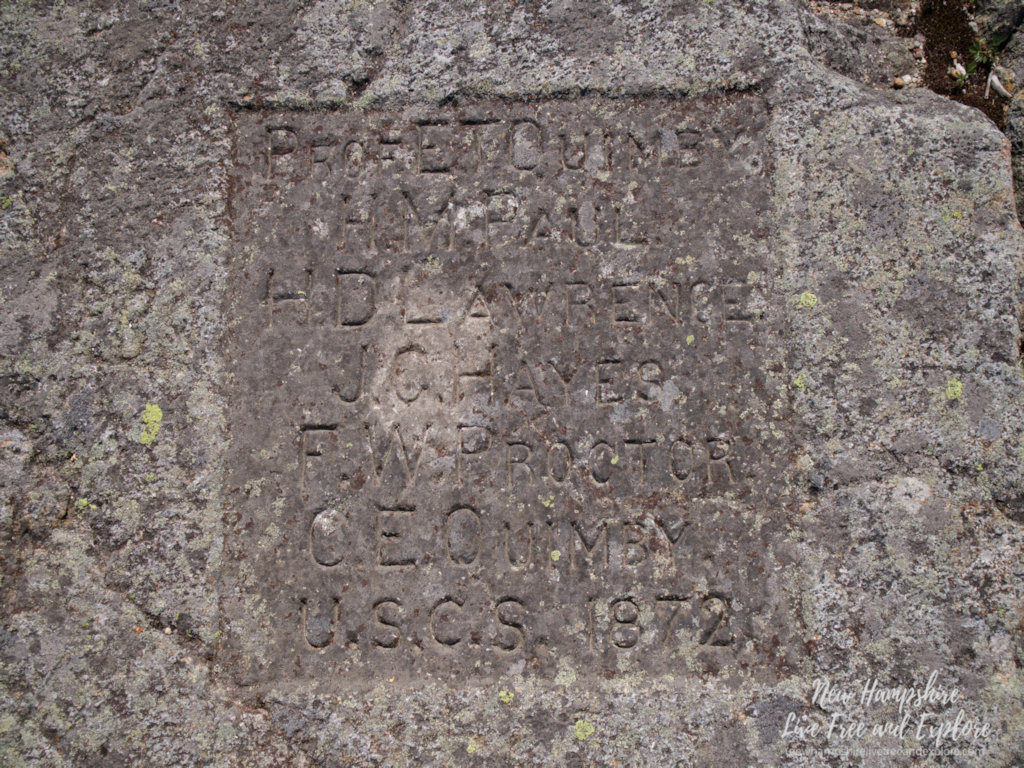 We heard from a number of people during the trip up that Winslow is a more challenging and steeper trail than Barlow. We stuck with our plan to do the loop and hoped for the best with Rosie and that she would be tired enough to not pull too much.

Winslow would have been much more challenging to go up but it proved to be manageable going down. By comparison, Barlow seemed like it offered more scenic views and openings. We recommend doing the loop to experience both for yourself.

I hope this post gives you the inspiration to pick your own mountain to hike and explore some of New Hampshire’s endless natural beauty. Visit my post on amazing Table Rock in Dixville Notch for more incredible views!

The Dartmouth/Lake Sunapee Region is full of great things to see and do. Keep checking back as I add more adventures and content from this area. We have a vacation planned for Squam Lake this summer and I expect to have some great videos and content to share.

Do you have a favorite mountain and views? As always, your comments and suggestions are welcome at the end of each post.