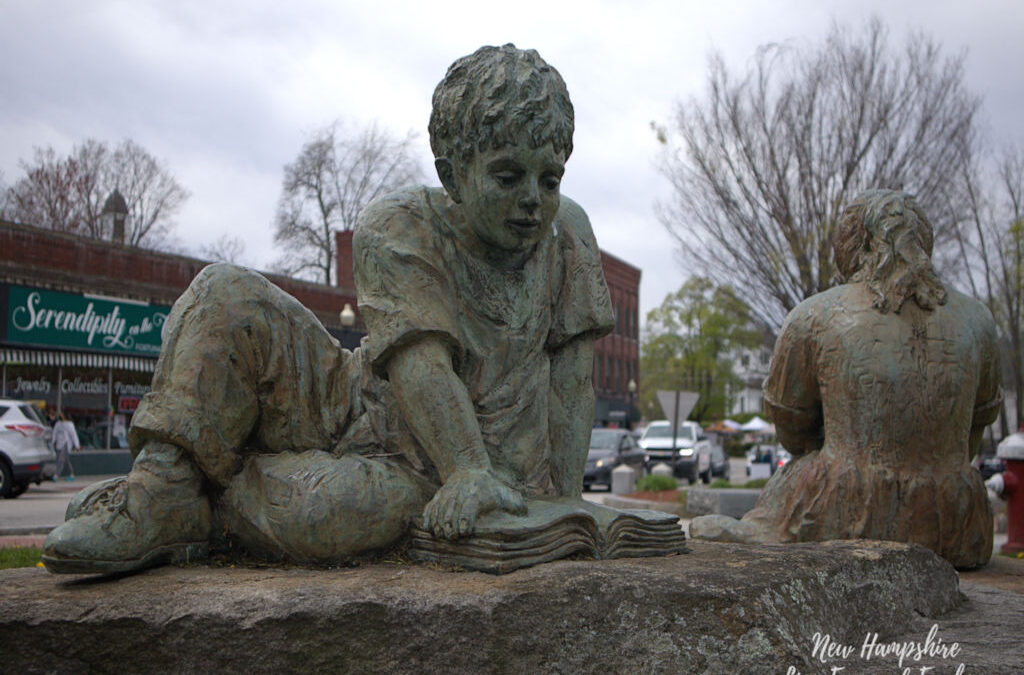 Visiting each of New Hampshire’s seven regions has made this blog a fun challenge and I’m excited to explore more of the Monadnock Region with this post on Milford. I expect to explore more of the Merrimack Valley Region, The Seacoast Region, and the Dartmouth/Lake Sunapee Region this summer. Join the mailing list to stay updated when future posts come out. I send a favorite pic with each notice.

Milford was full of great surprises and felt like a thriving community with lots to offer this post. I’m sure there is a lot more to explore and if the opportunity presents itself in the future, I’ll look to update things with more content.

If you have a favorite thing to share about Milford, feel free to leave a comment below or maybe leave suggestions for future adventures!

Downtown Milford is host to a rotary that adds a definitive character to the town. Locals call it the “Oval” and in the middle of it is an amazing little common that puts you at the center of everything.

I was surprised at the number of monuments and memorials scattered around the town. The flagpole honors Milford citizens that have served in past wars. 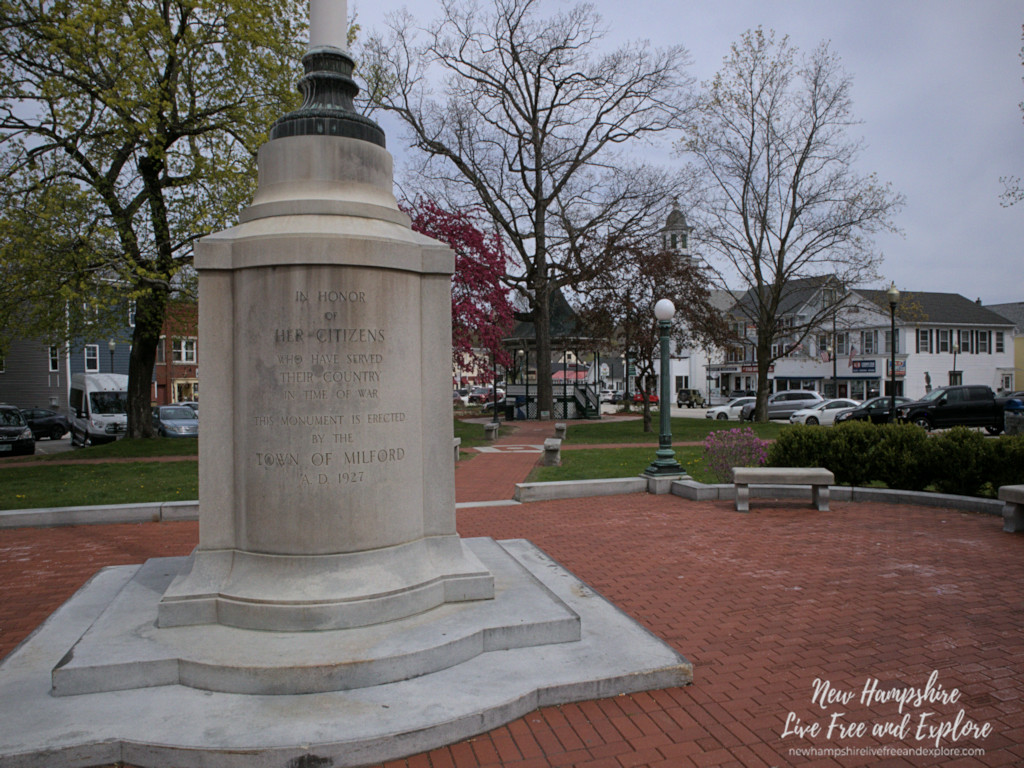 “The Reading Children” is a great addition to the common and the subjects also proved to be very photogenic! Each year, Milford is host to the Milford Pumpkin Festival which is held at the Oval. This year’s event is October 7th-9th and is a perfect time to explore the town and all things Fall and pumpkins! See my video highlighting a Fall Foliage trip across Southern New Hampshire for a teaser of Fall in the Granite State! 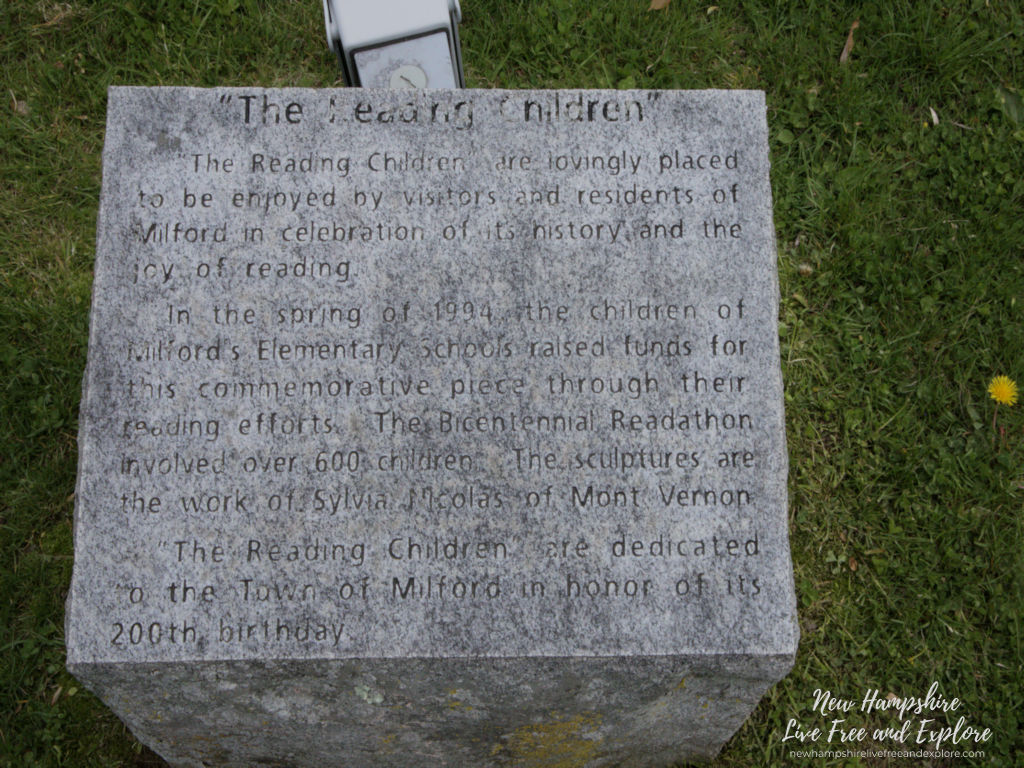 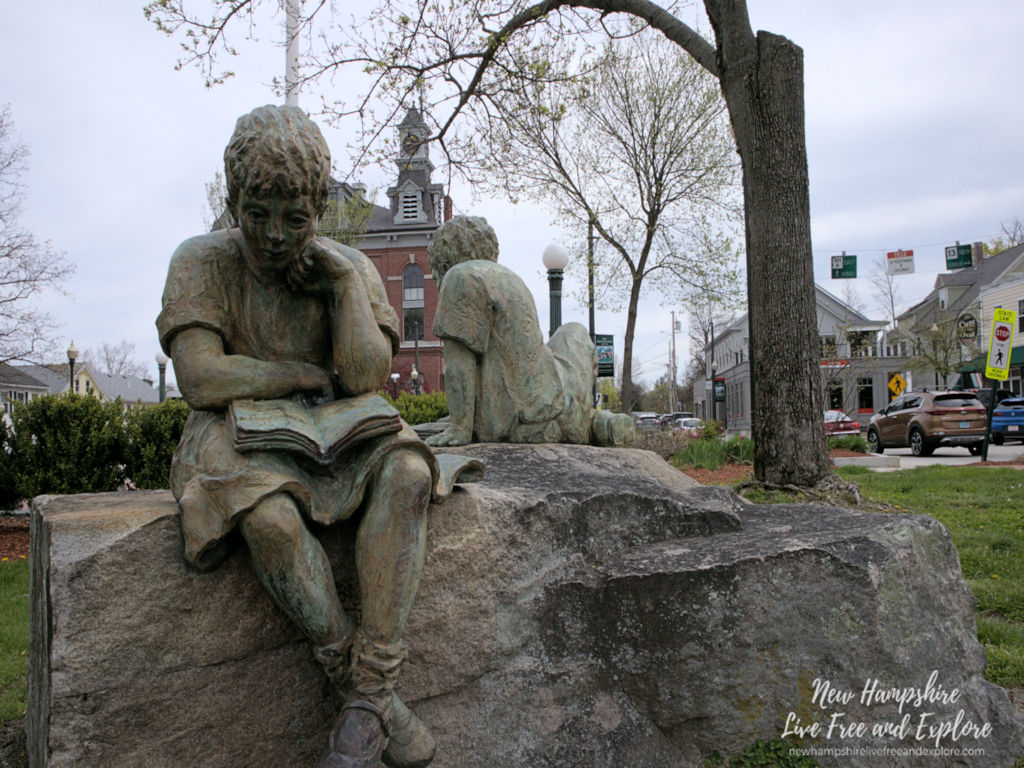 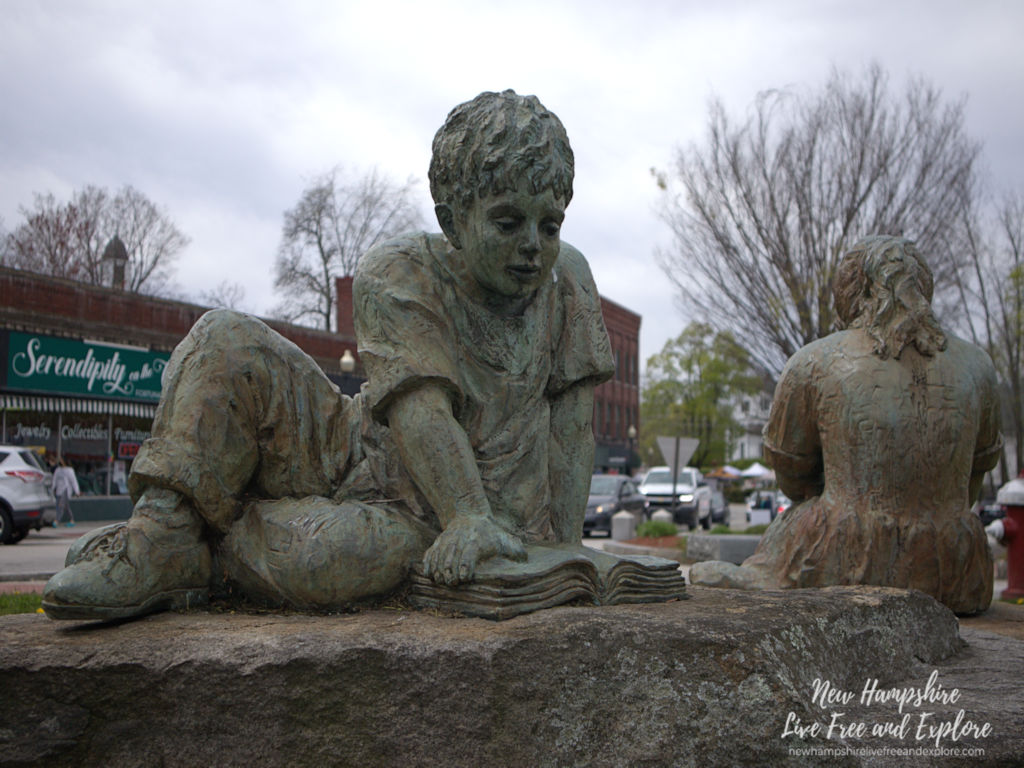 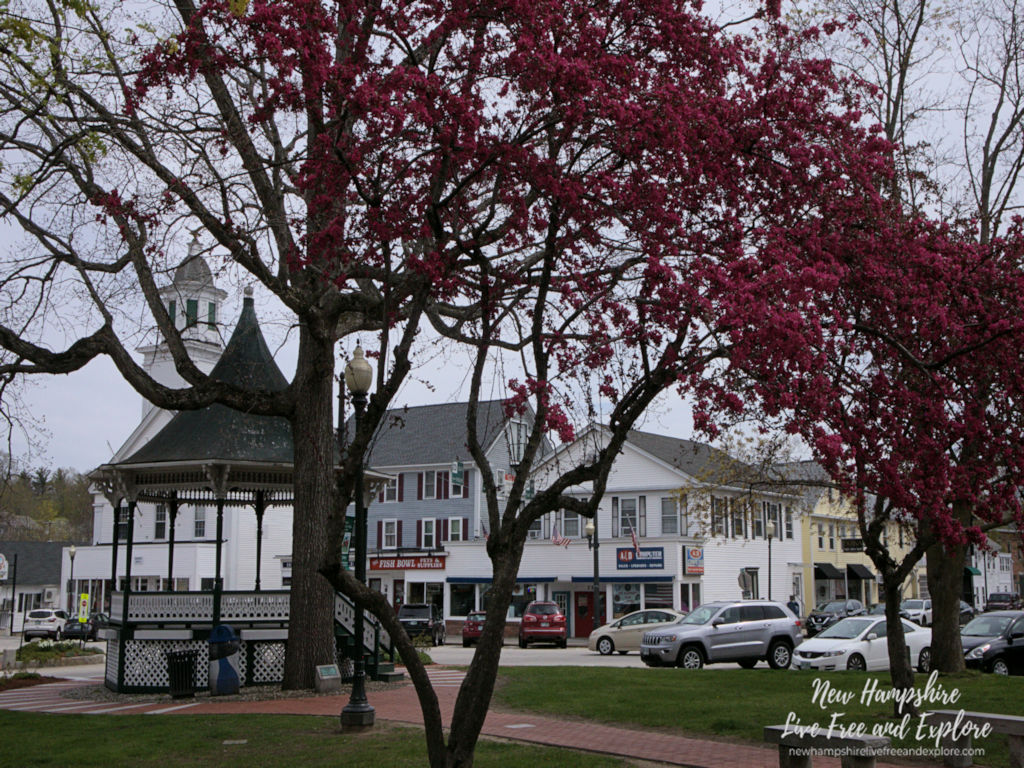 While walking around the perimeter of the Oval, I learned that the Town Hall is home to Liberty Bell #56 donated by Paul Revere! It still rings on the hour and is the only remaining bell that has not been modified or repaired. 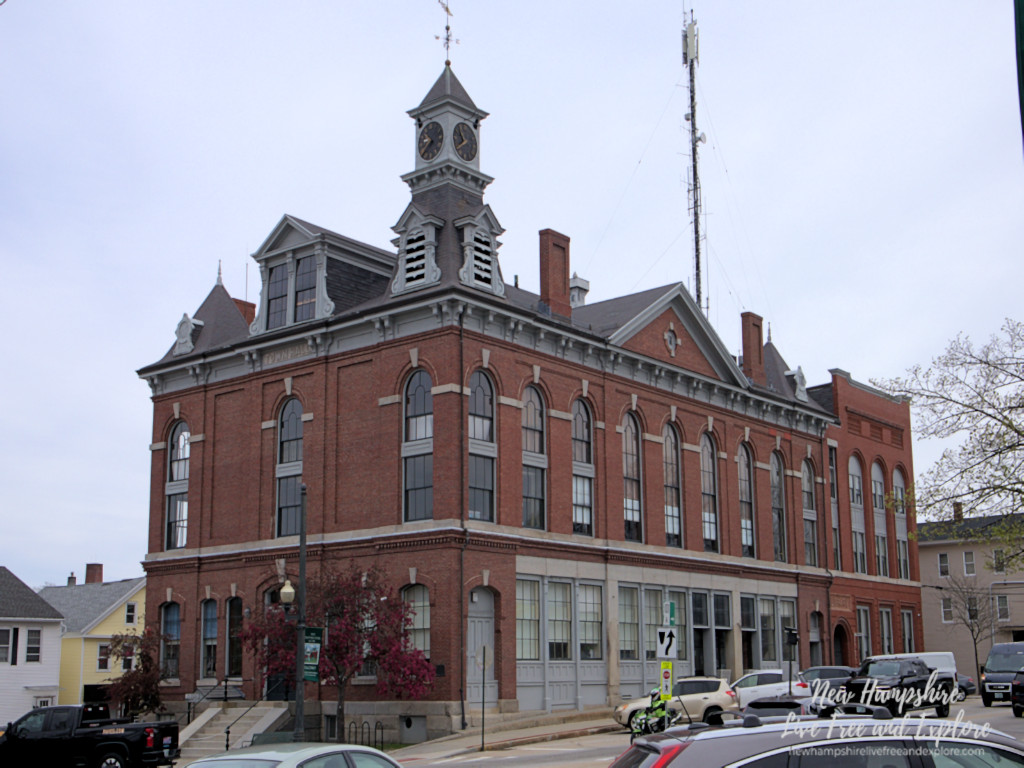 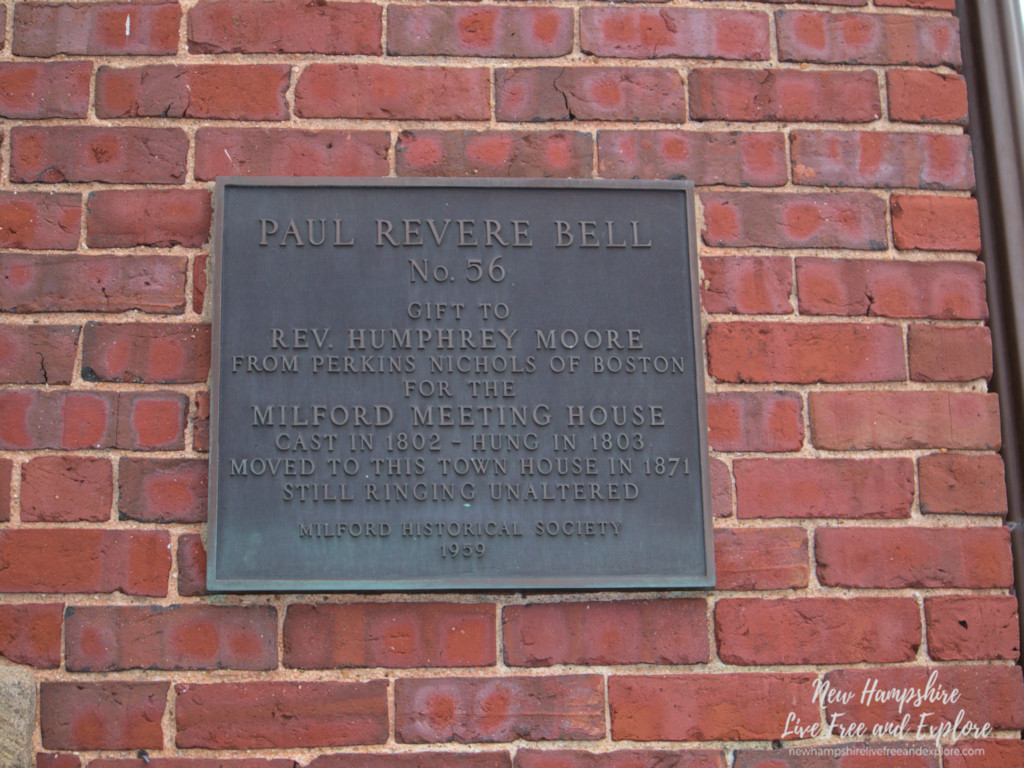 Milford is blessed with several beautiful parks that are well maintained and within easy walking distance of downtown. Centennial Park was bustling with a craft fair and also offered a chance to capture another New Hampshire Historical Marker. Emerson Park and the Souhegan River Trail offer two more options to explore. The double stone arch bridge was a surprise and gave me another to add to my growing list. 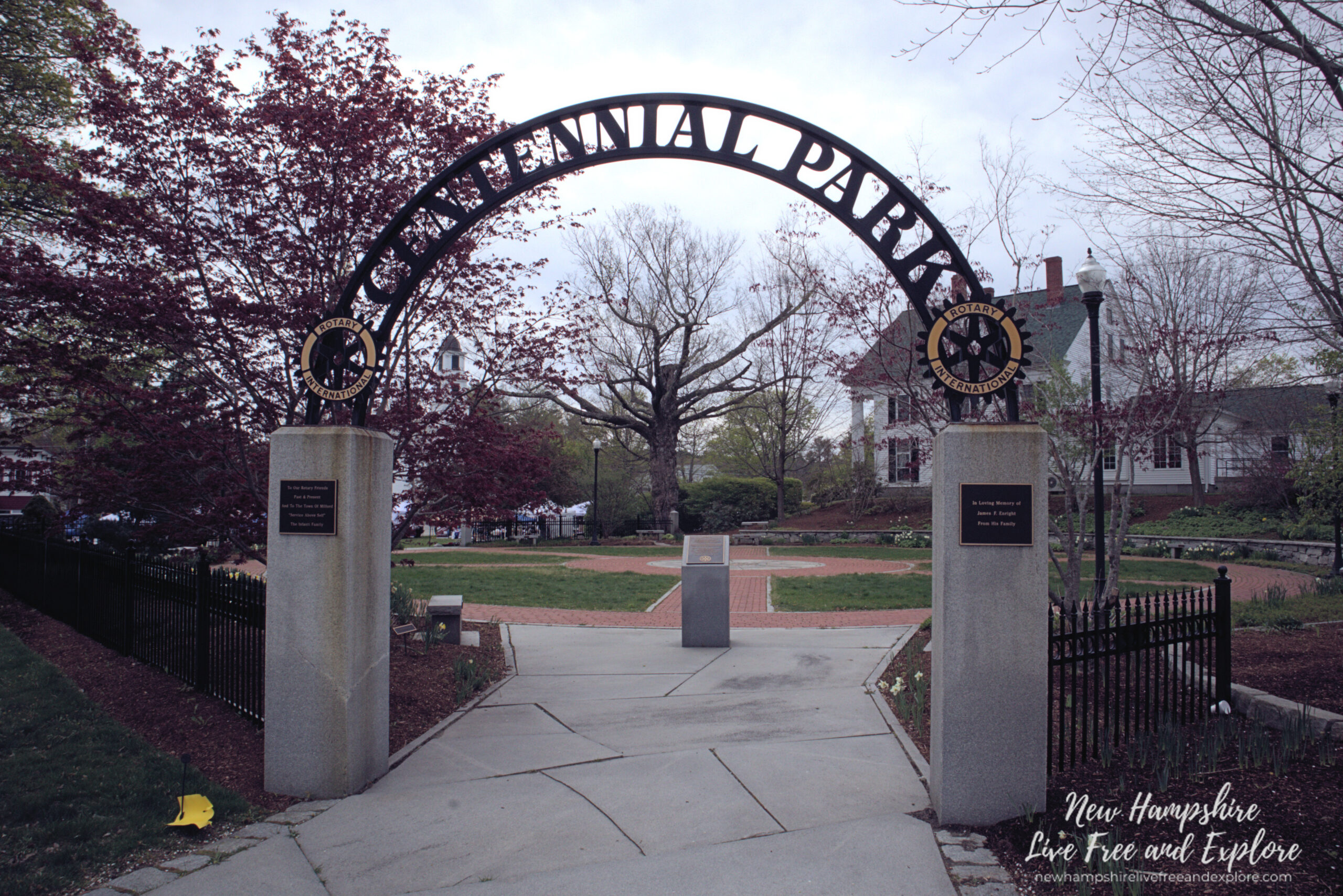 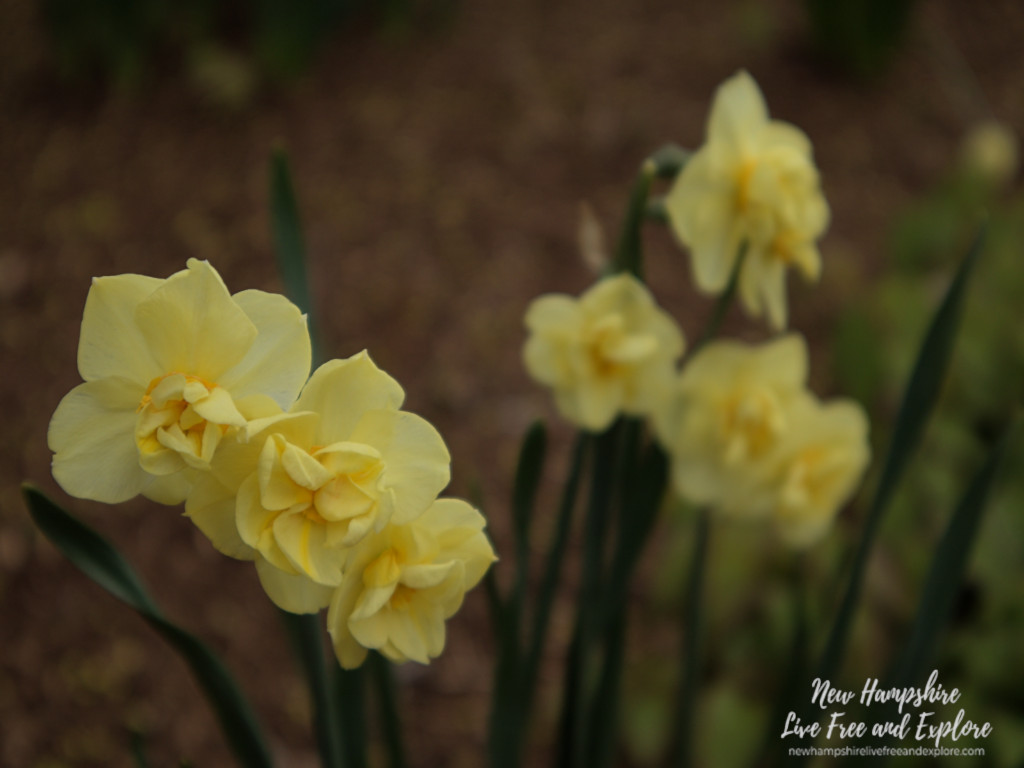 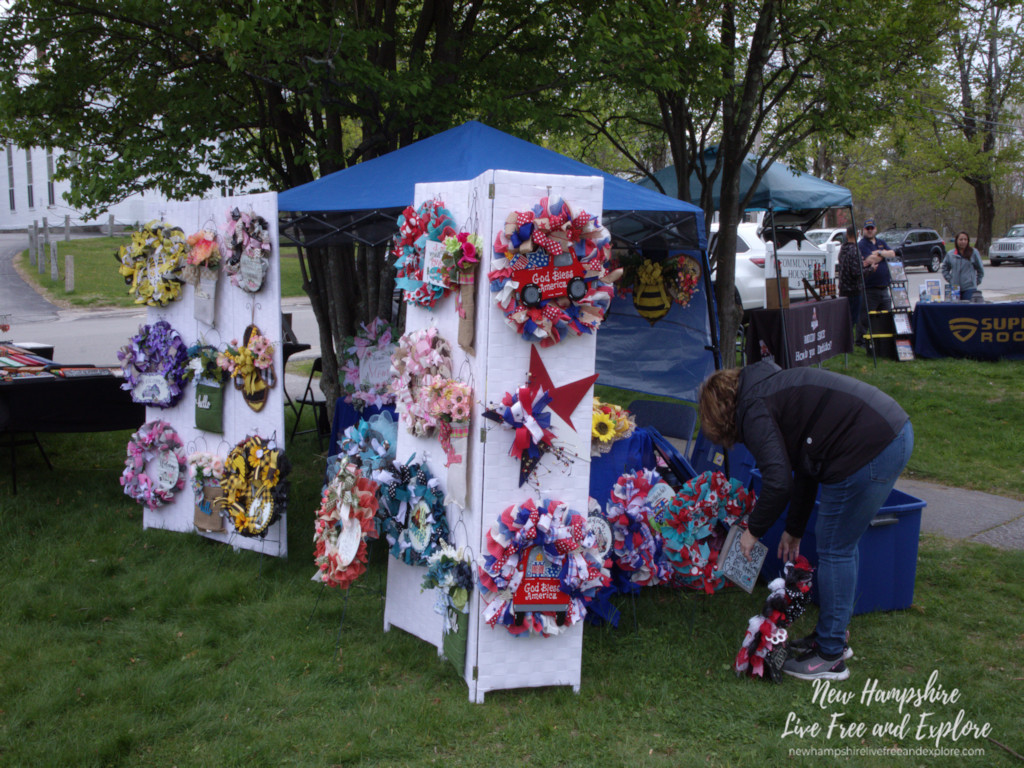 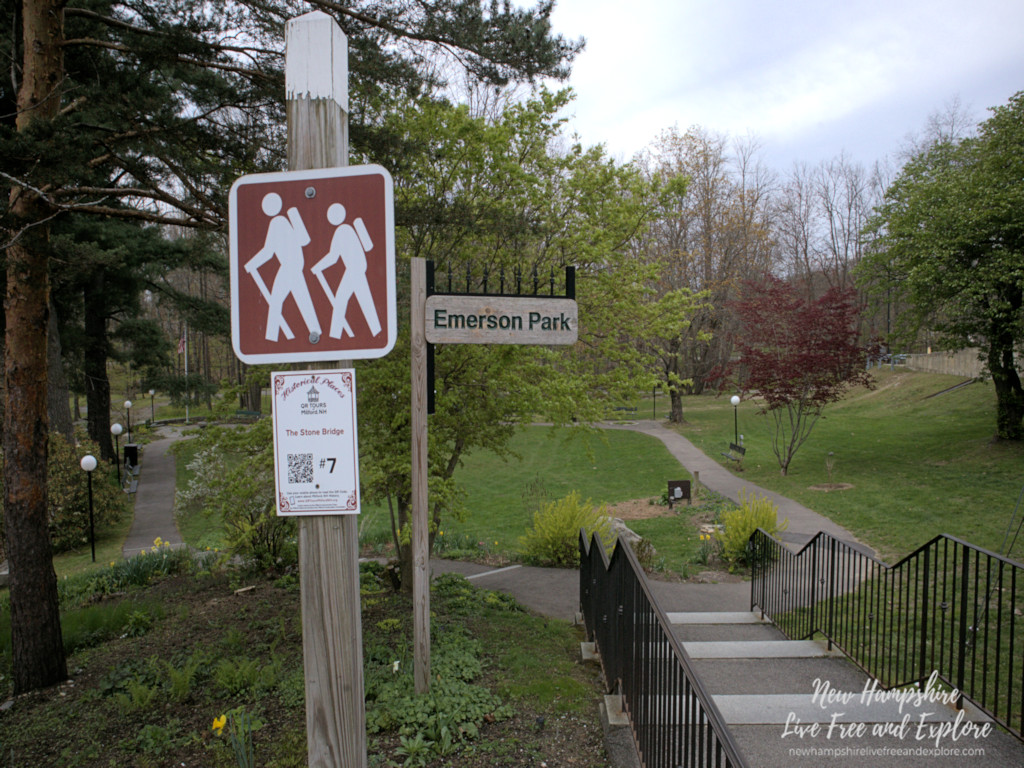 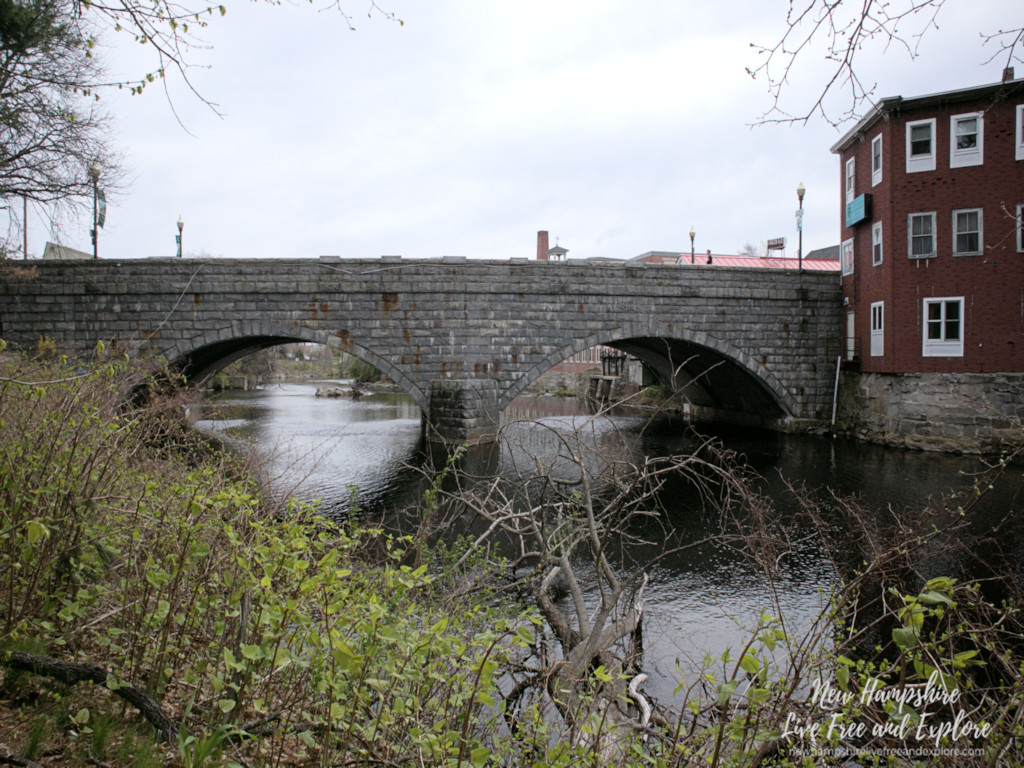 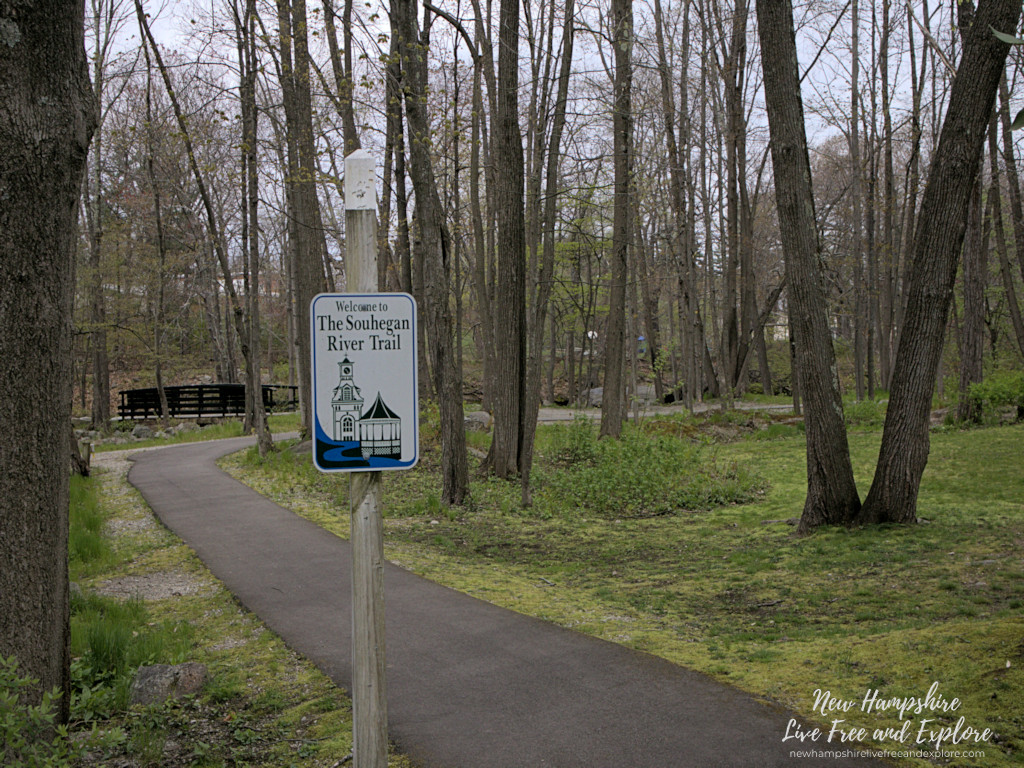 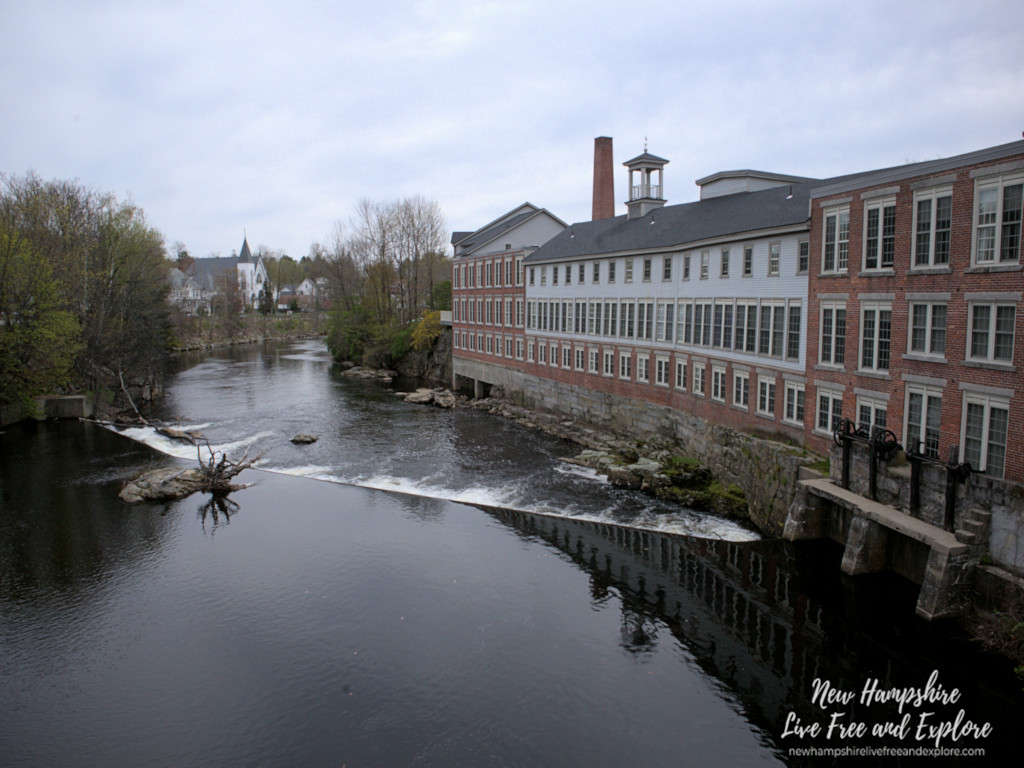 Bicentennial Park runs along the banks of the Souhegan and faces towards the backside of the 225-year-old First Congregational Church across the river. A tribute to Harriet E. Wilson, an African American author has been placed in the park. The quote below is from “The Harriet Wilson Project” homepage.

“In 1859, Harriet E. Wilson, an African American woman from Milford, New Hampshire, published a novel with the stated hope of earning sufficient money simply to survive. Instead, her novel, Our Nig; or Sketches From the Life of A Free Black, became a powerful and controversial narrative that continues to touch and unsettle readers around the world.”

Not too far from downtown is Elm St. Cemetary and a Korean War memorial. I had contacted the Milford Historical Society prior to my visit and they had mentioned this cemetery as being one of the oldest in New Hampshire. 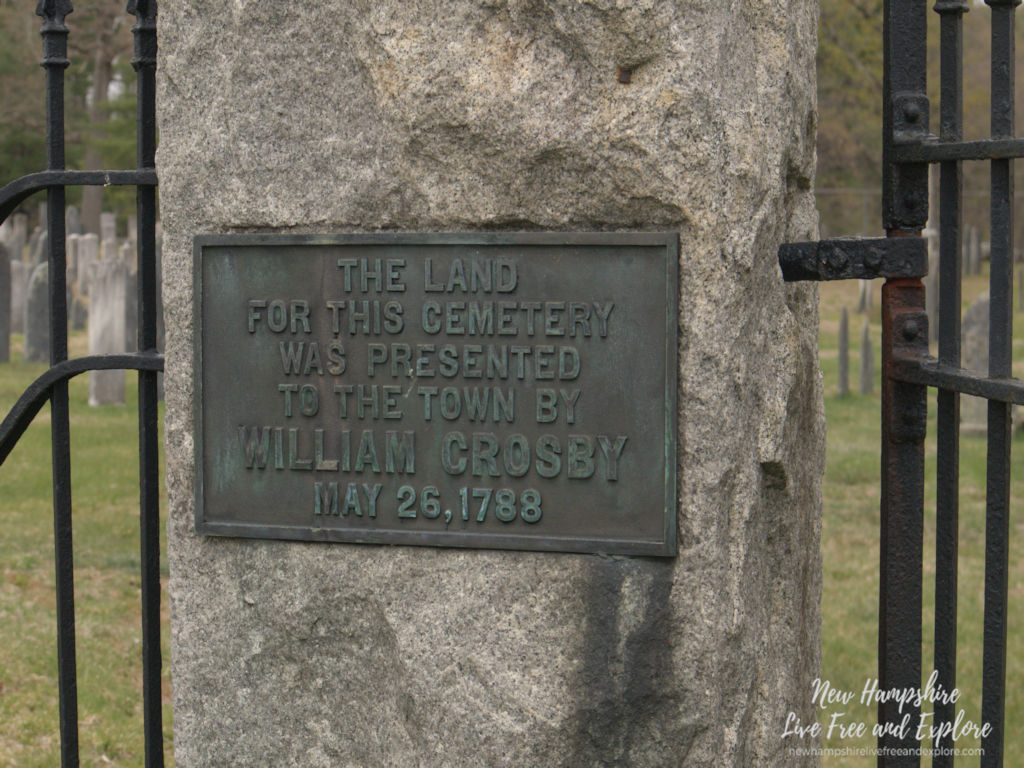 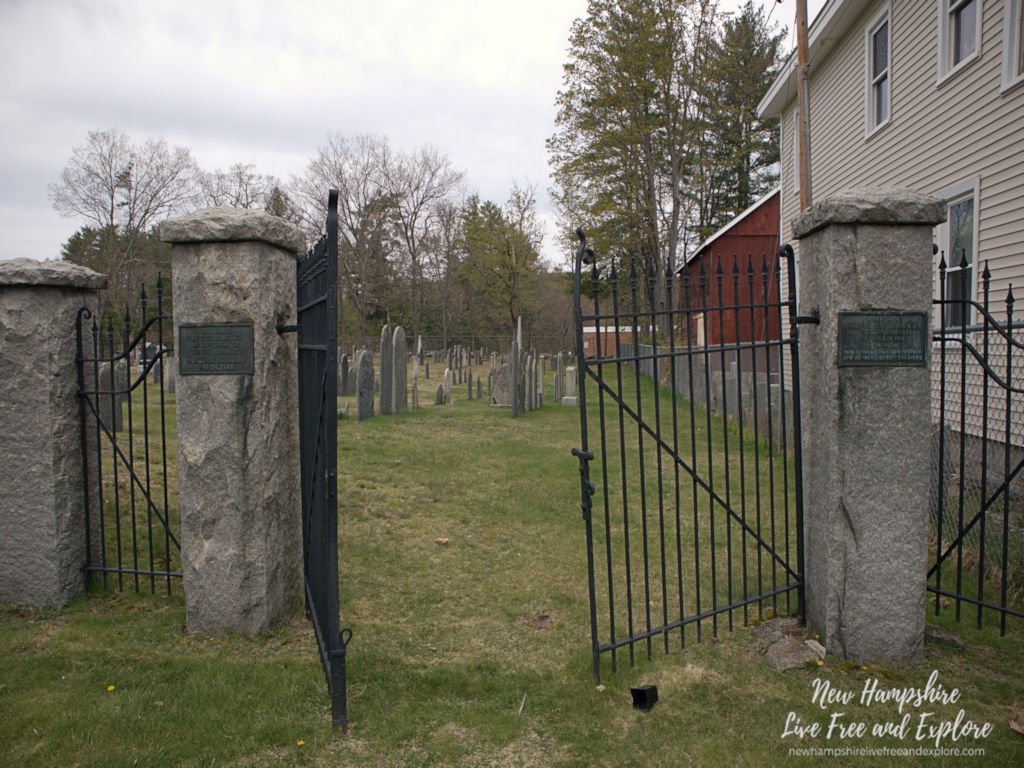 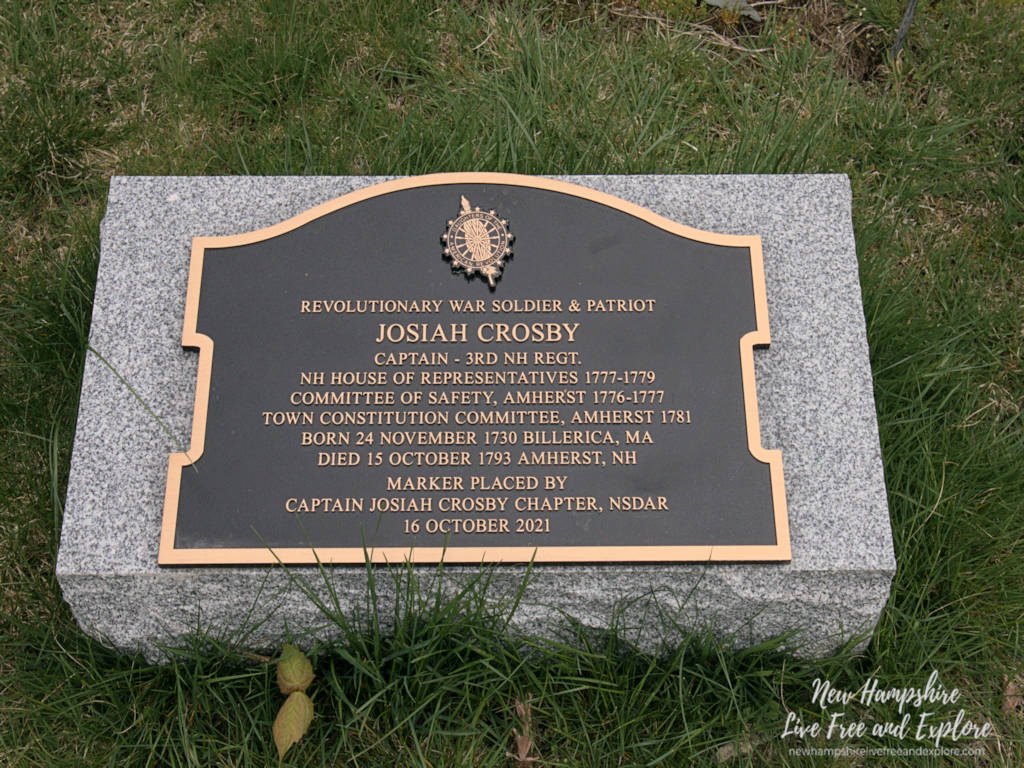 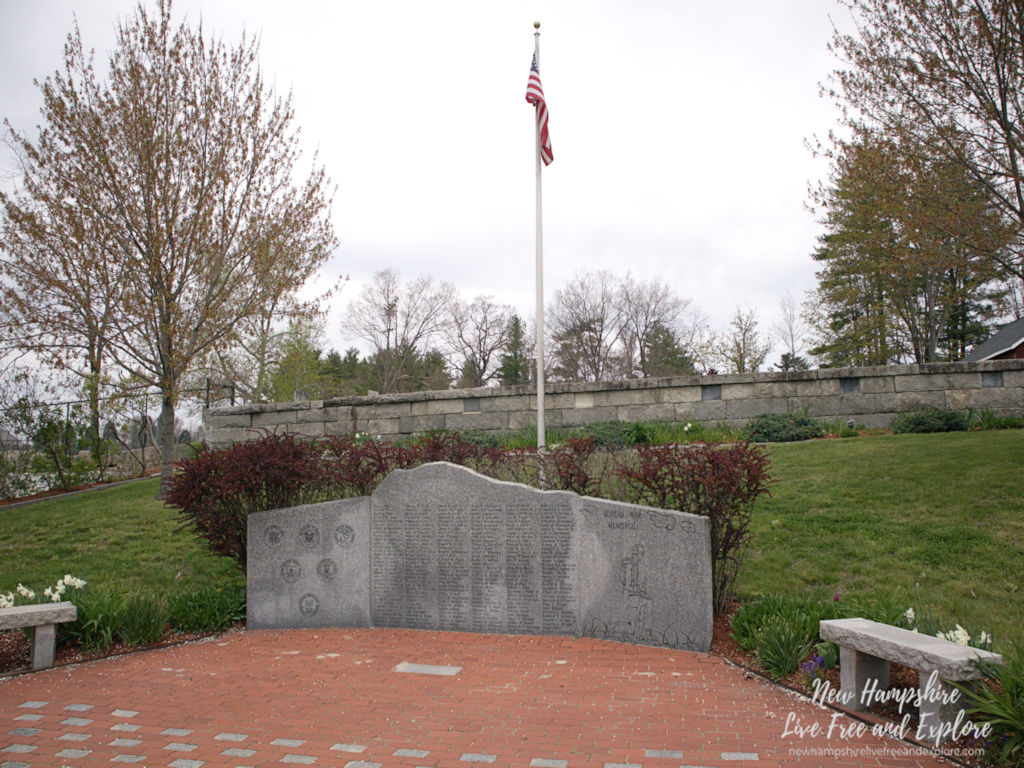 As I have mentioned in previous posts, part of my efforts with this website is to promote local NH businesses where I can. I hope these pictures from my stroll around the Oval gives you some sense of the mix of restaurants, services, and retailers that make up Downtown Milford. The video above shows even more businesses.

This video link from Chronicle describes Milford as “The Breakfast Capital” of New Hampshire. Breakfast wasn’t on my agenda for this day but after wandering around the Oval, it is for a future visit! It looks like Milford has more than enough options for great food. 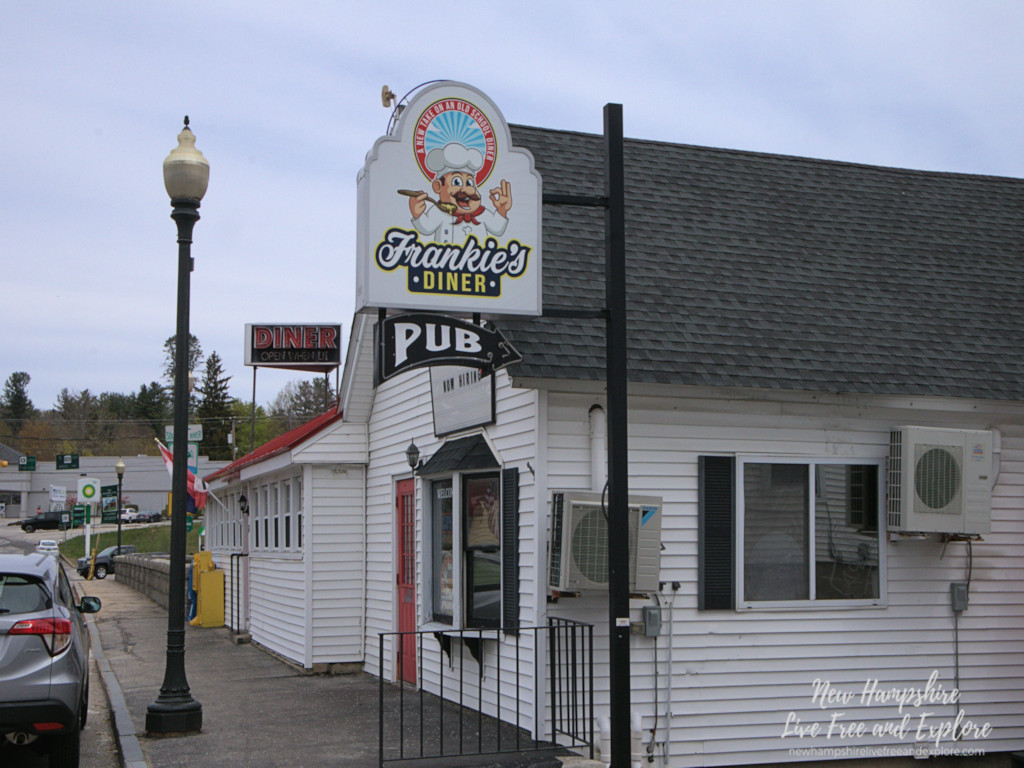 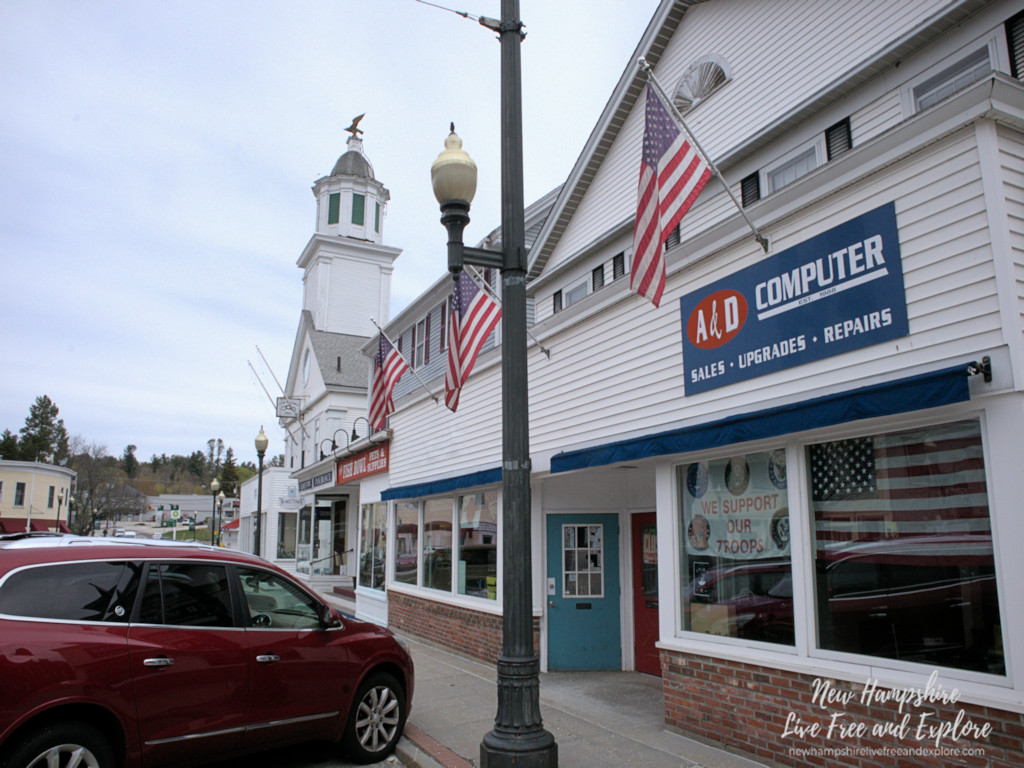 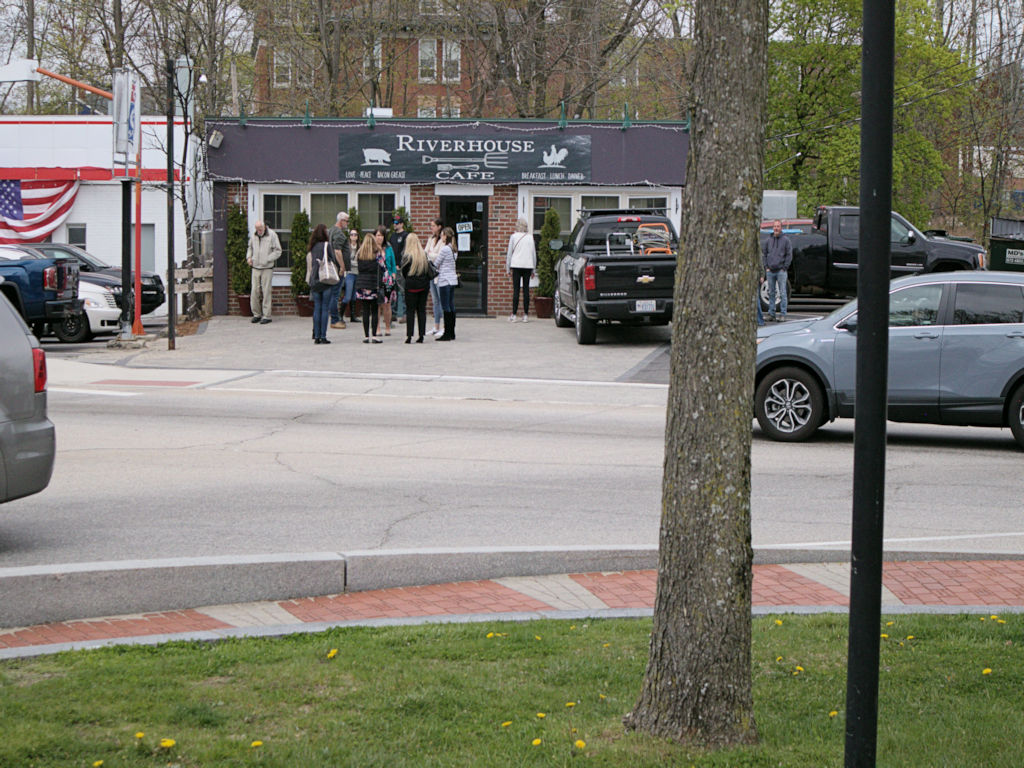 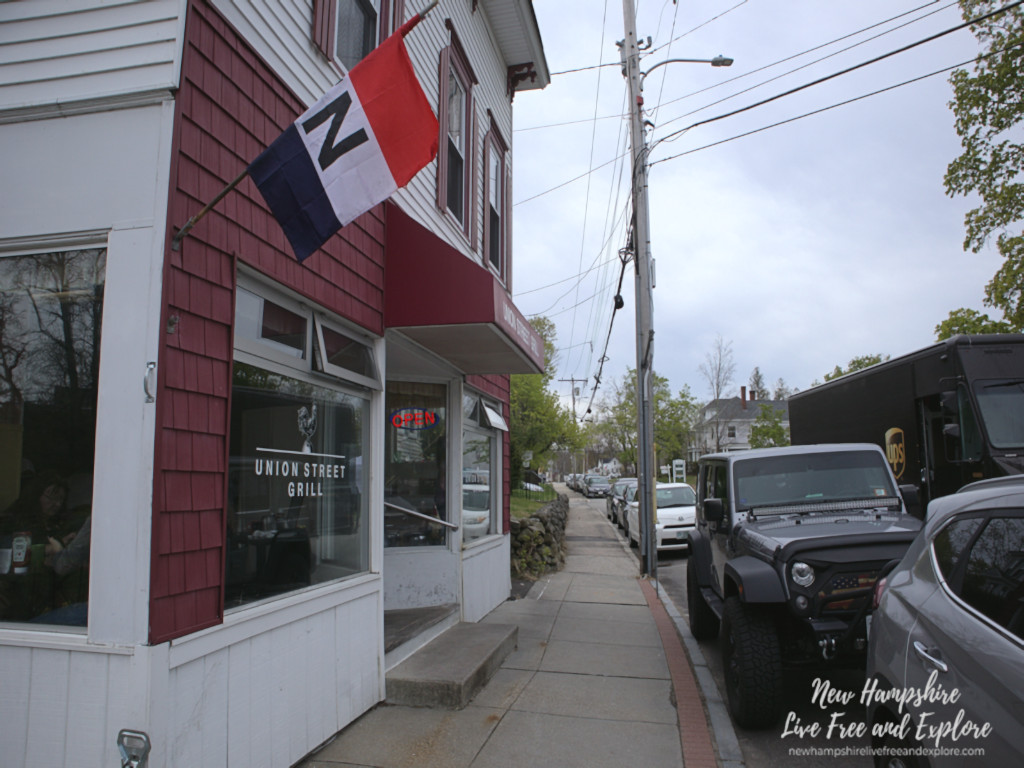 I captured these memorials as I walked around the perimeter of the Oval. It is obvious that the town of Milford places importance on honoring their fallen heroes as they are well maintained and scattered throughout the town. 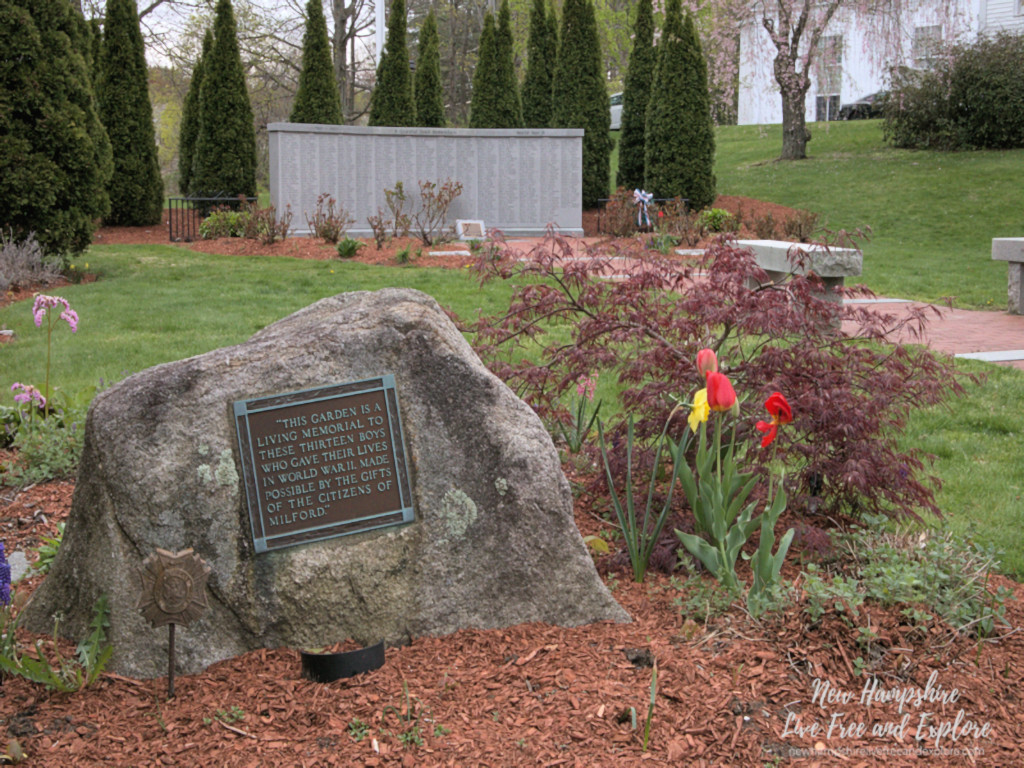 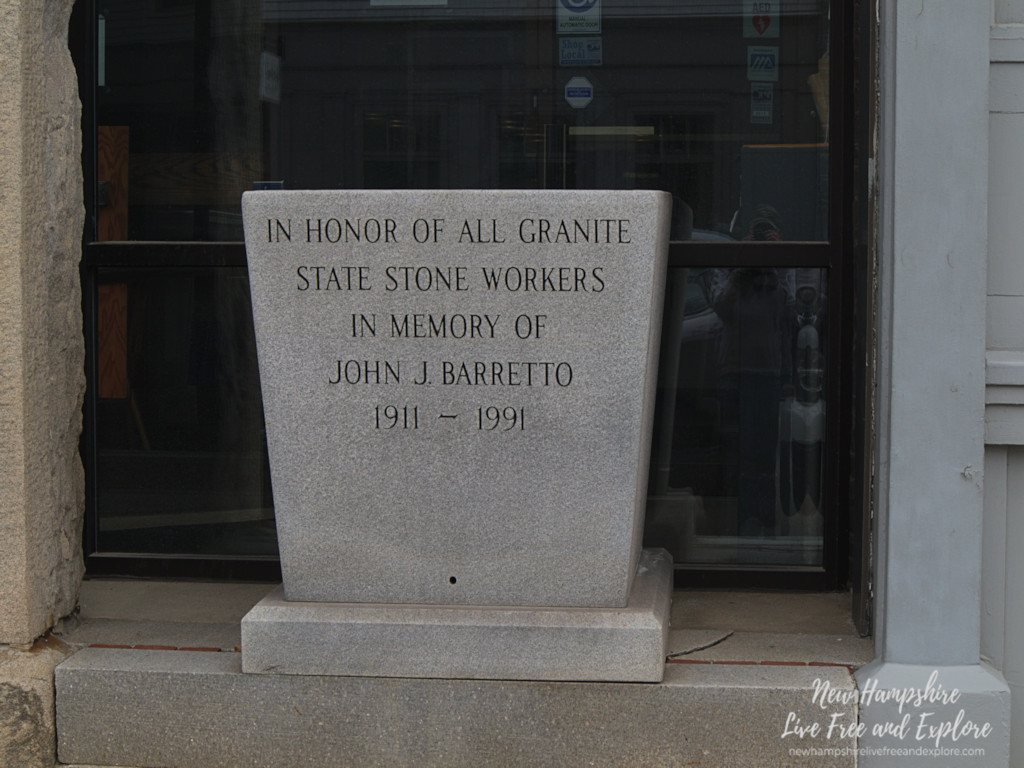 The 225-year-old First Congregational Church looked beautiful against the backdrop of the Souhegan River. The Milford Historical Society is located right next to it. Not far away is a beautiful spillway that I feature in the video. Feel free to pause the video if you want to read any of the information included. Editing is one of the most challenging parts of blogging for me, it is a balance of trying to cut things out for length and still make things flow. 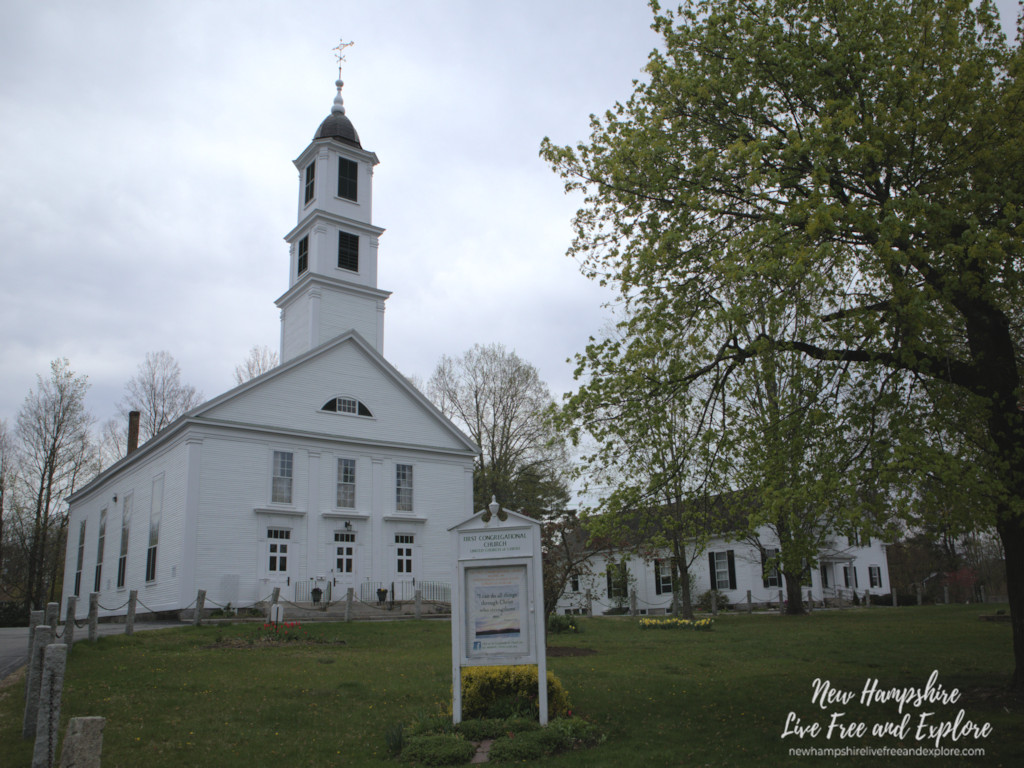 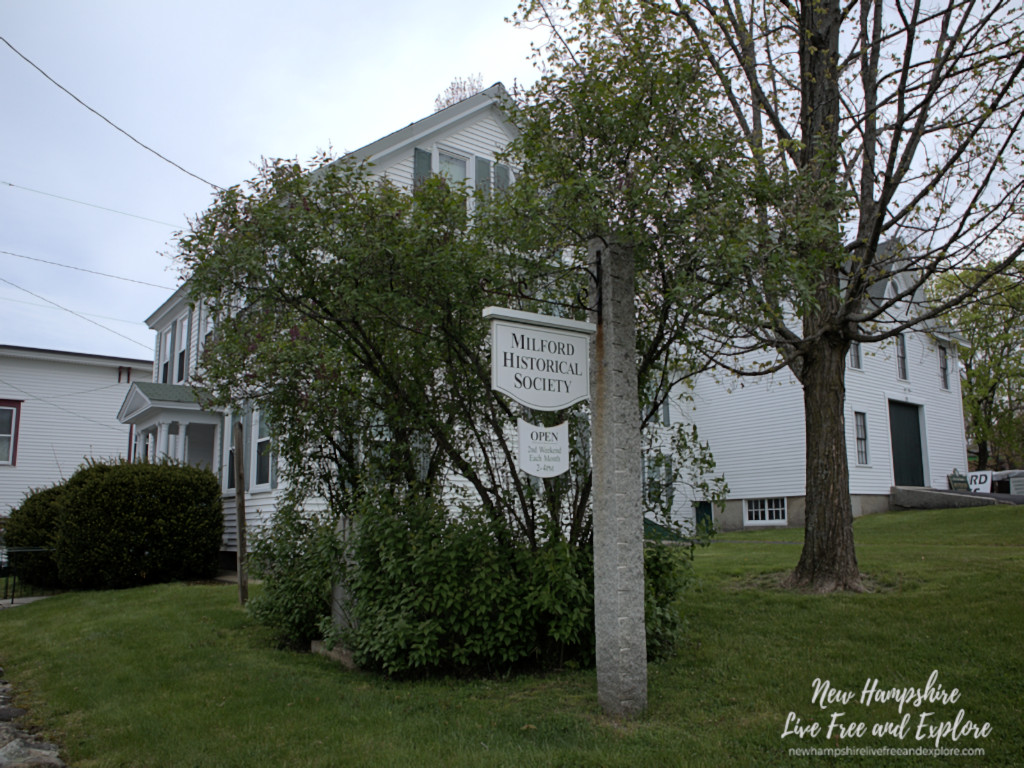 Milford’s Swing Bridge was my last stop of the day. It was used by mill workers to cross to and from work and was known to swing when the foot traffic would get busy. It was a fun stop and is a nice spot to view the falls below.

The weather was a challenge all day but I finally got a chance to add a little bit of drone footage to a video! It was windy and cloudy most of the day so I opted to keep the drone work quick and simple but the waterfall made for a perfect ending to my Milford trip. 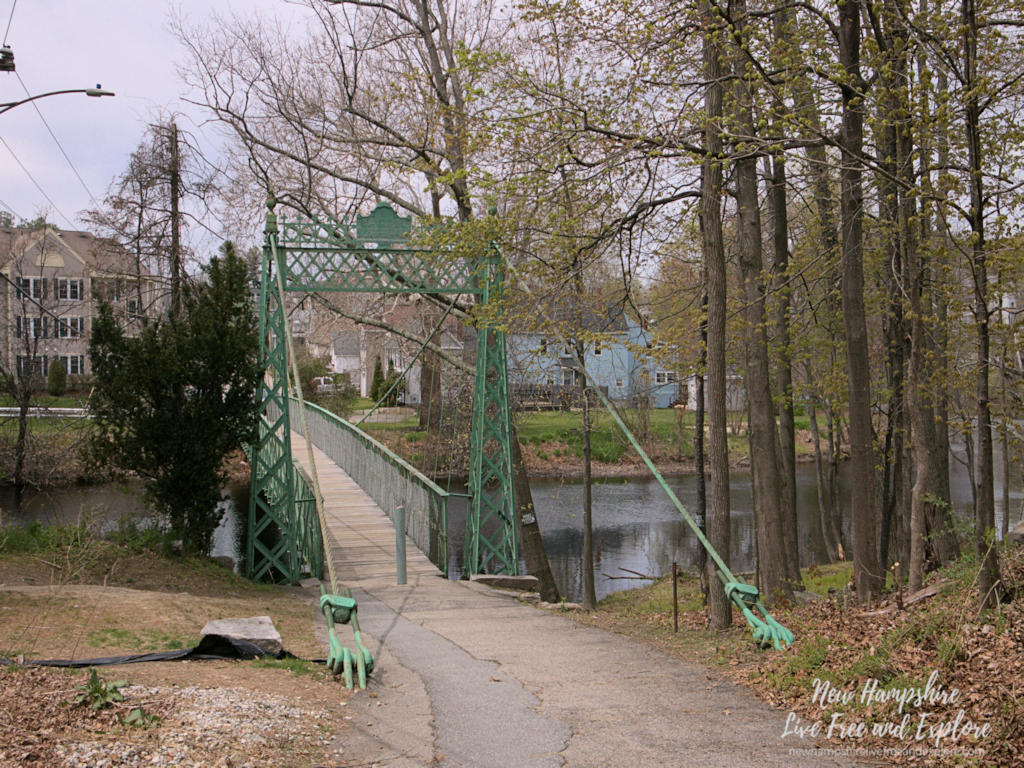 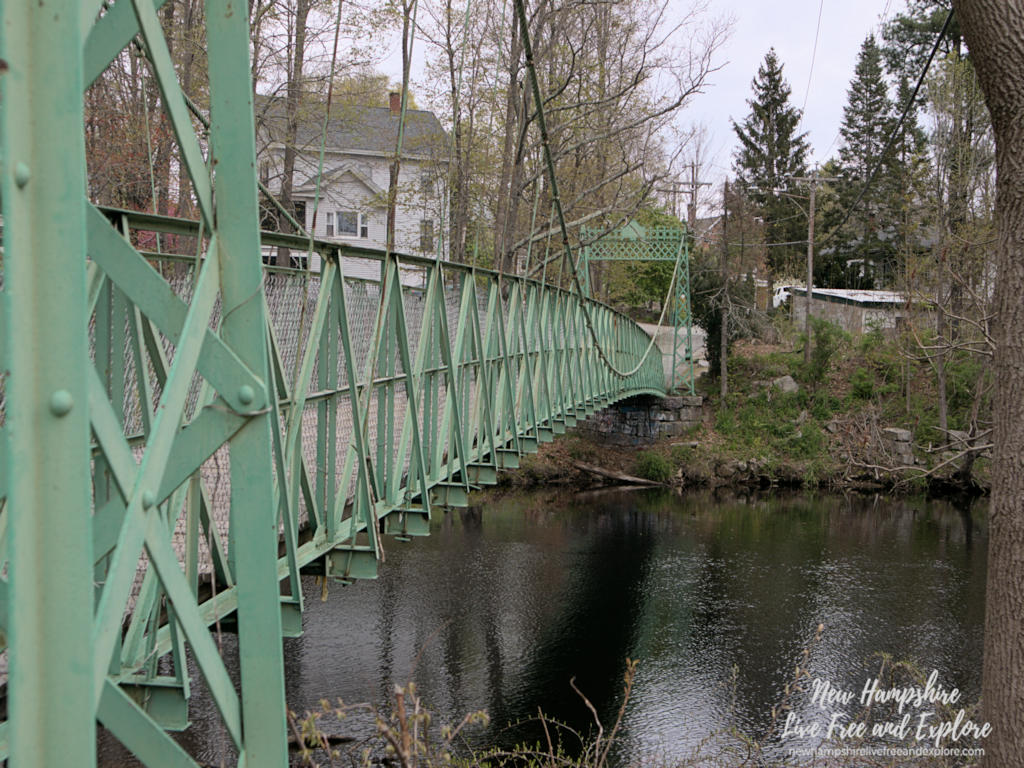 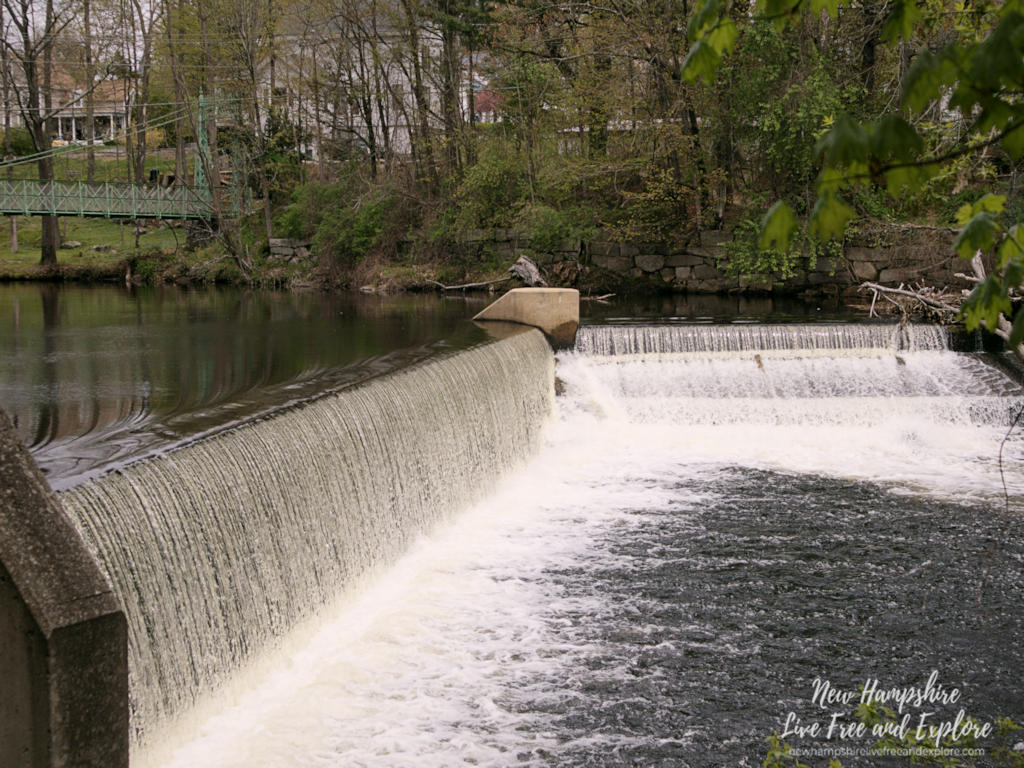 I hope you enjoyed this short glimpse of the fun town of Milford. Plan breakfast at the Oval and then your own adventure around town! Here are a few nuggets for another day and another post:

As always, your comments and suggestions are welcome at the end of each post. Do your summer plans include any exploring of New Hampshire?