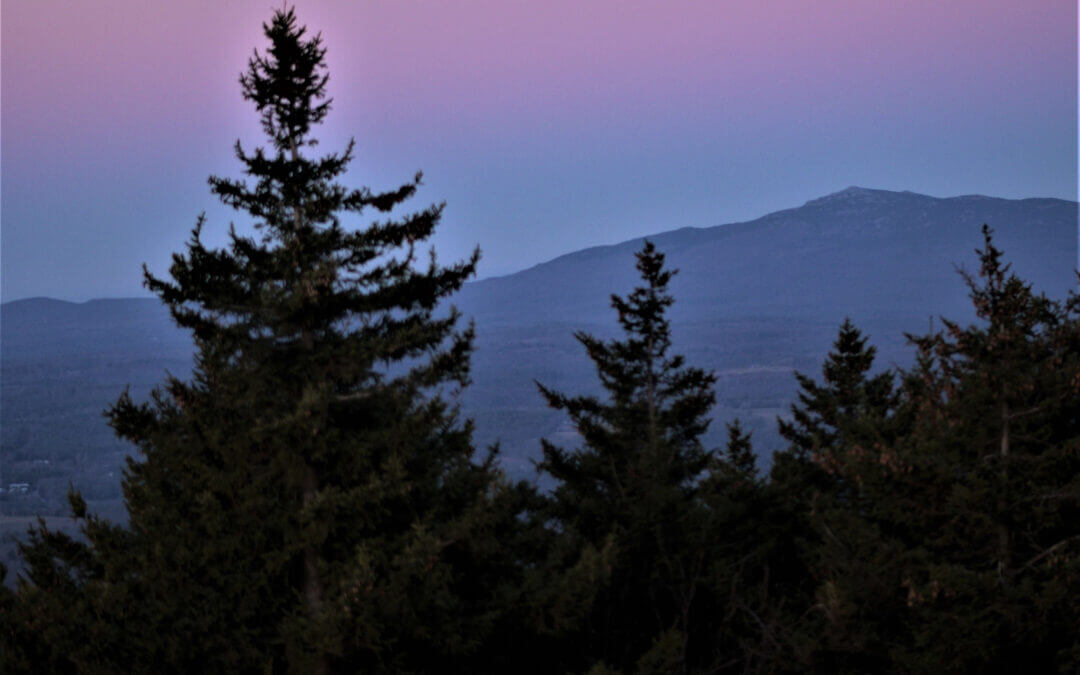 Miller State Park and Pack Monadnock, two places I have driven by countless times and always piqued my curiosity but somehow never stopped to explore further. On November 28th I would be kicking myself for not satisfying that curiosity sooner! In fact, I was so impressed, I went back the next morning and hiked the auto road in the early morning darkness in the hopes of capturing a beautiful sunrise to share with you all! I hope to fill this blog site with more treasures like this one. 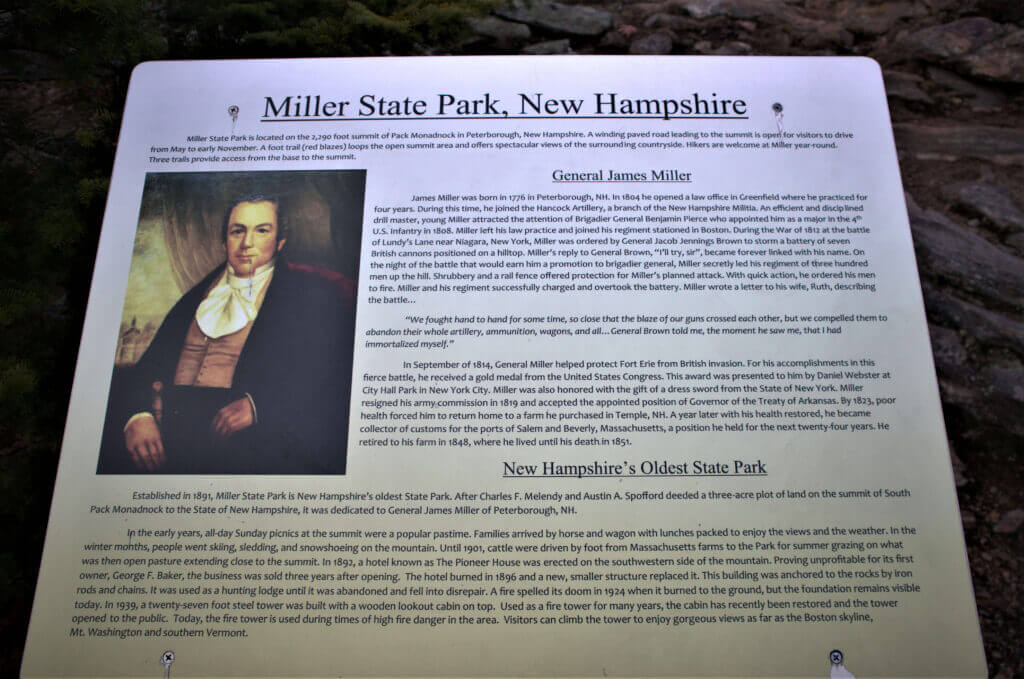 I had just driven by Miller State Park the week before while scouting for new historical signs to add to the website. Three more added to the growing list! This seemed like the perfect time to add a new adventure to the blog with a piece on Miller State Park.

Miller State Park is located right off Route 101 in Peterborough which is a treat in and of itself. The combination of the views of Mount Monadnock, the Contoocook River that flows through downtown, the Riverwalk, the park, the quaint shops, and even a diner make it a gem to visit.

The Park is a short drive East (2-3 miles) on 101 after you reach the four-way intersection at the base of the hill that connects downtown Peterborough. You can’t miss the Miller State Park sign hanging right along the highway at the top of the hill.

It was only a modest $4 fee to enter the park. There were about 15 cars parked in the lot which gave me peace of mind given the current COVID situation. It is recommended to make reservations during the busy season. The auto road is the obvious center of attraction when you arrive. It immediately reminded me of a mini Mount Washington. There are plenty of trail options and information to help you decide your route and plan on what to explore at the summit. I’ve included a picture of the trail map below.

After grabbing a map from the information station, I opted for the Marion Davis Trail (Blue) which is a 1.4 hike to the top. With foliage long gone, the forest had transitioned into a new season but it still was beautiful. Without the leaves, you end up seeing much more and further than usual. 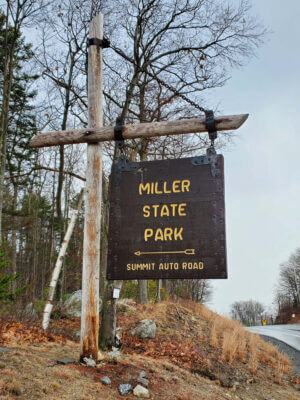 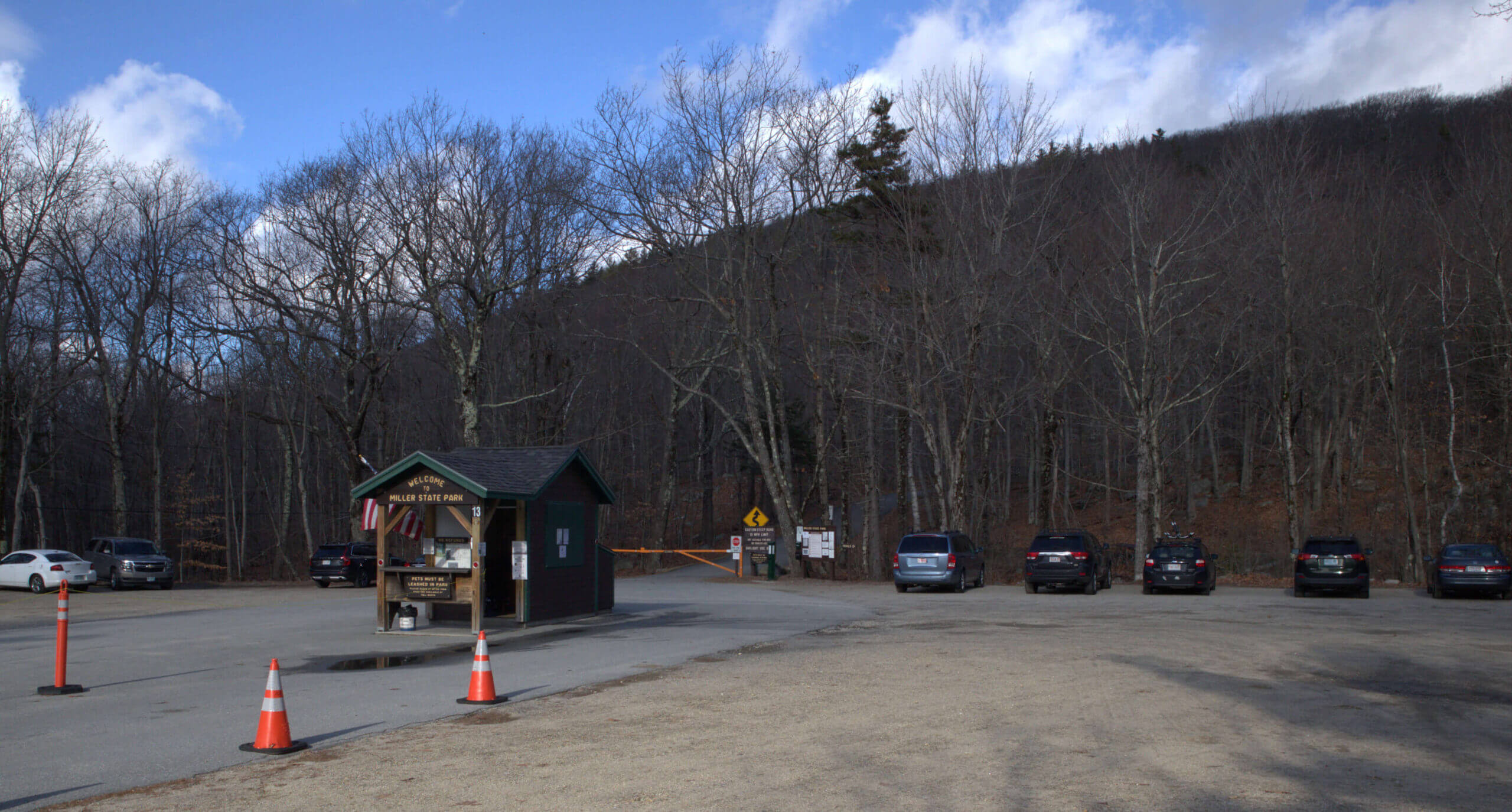 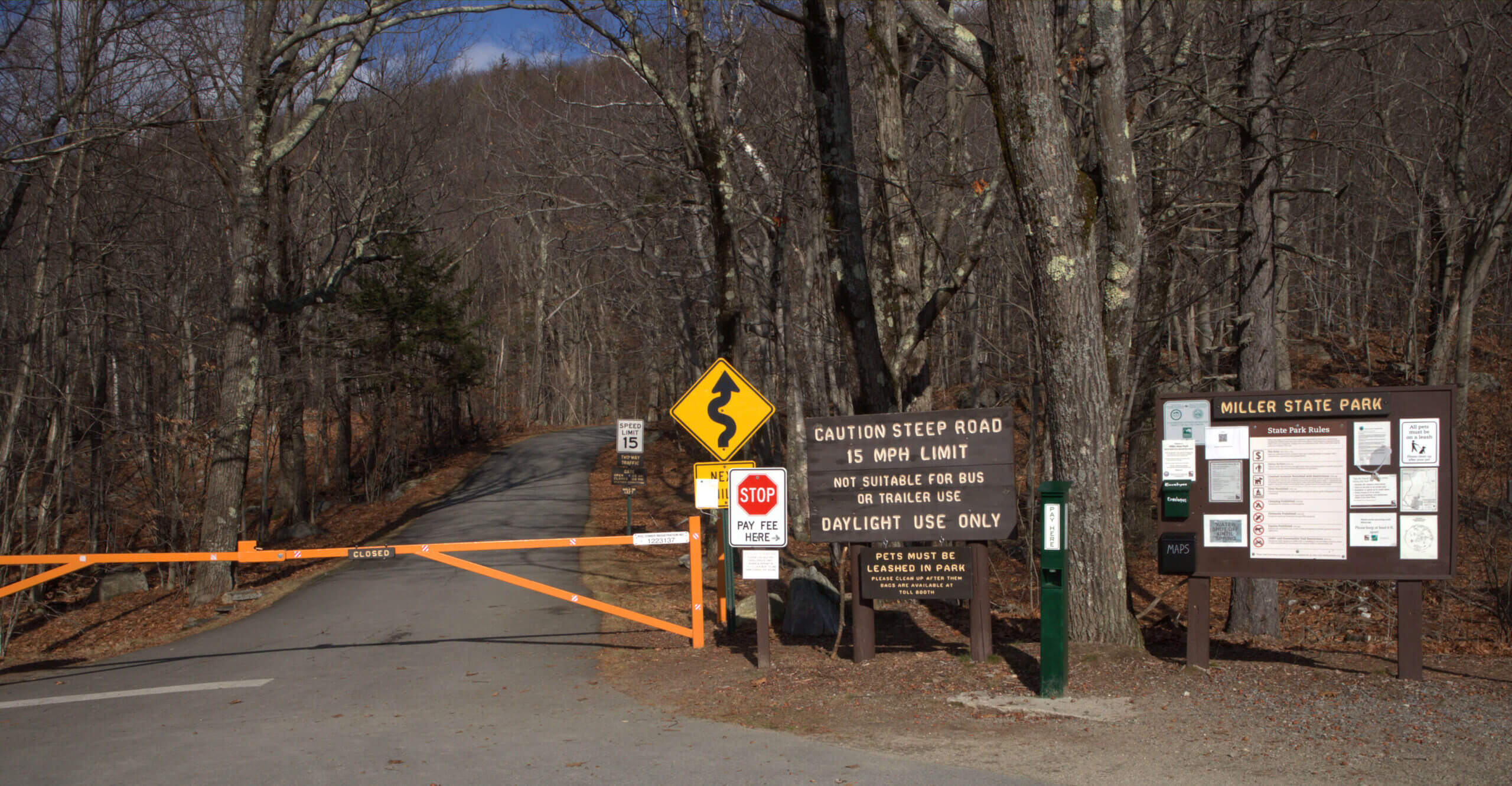 The Marion Davis Trail is marked in blue and proved to be a moderate climb in my opinion. Sections were fairly easy and flat with others that were steeper and rockier. No rope climbing was required along the way but it did get the heart rate and lungs working a little harder than usual!

The trail is 1.4 miles long and probably took me 45 minutes or so to climb. I’ve included some pictures to help give some scope and treasures found along the way. 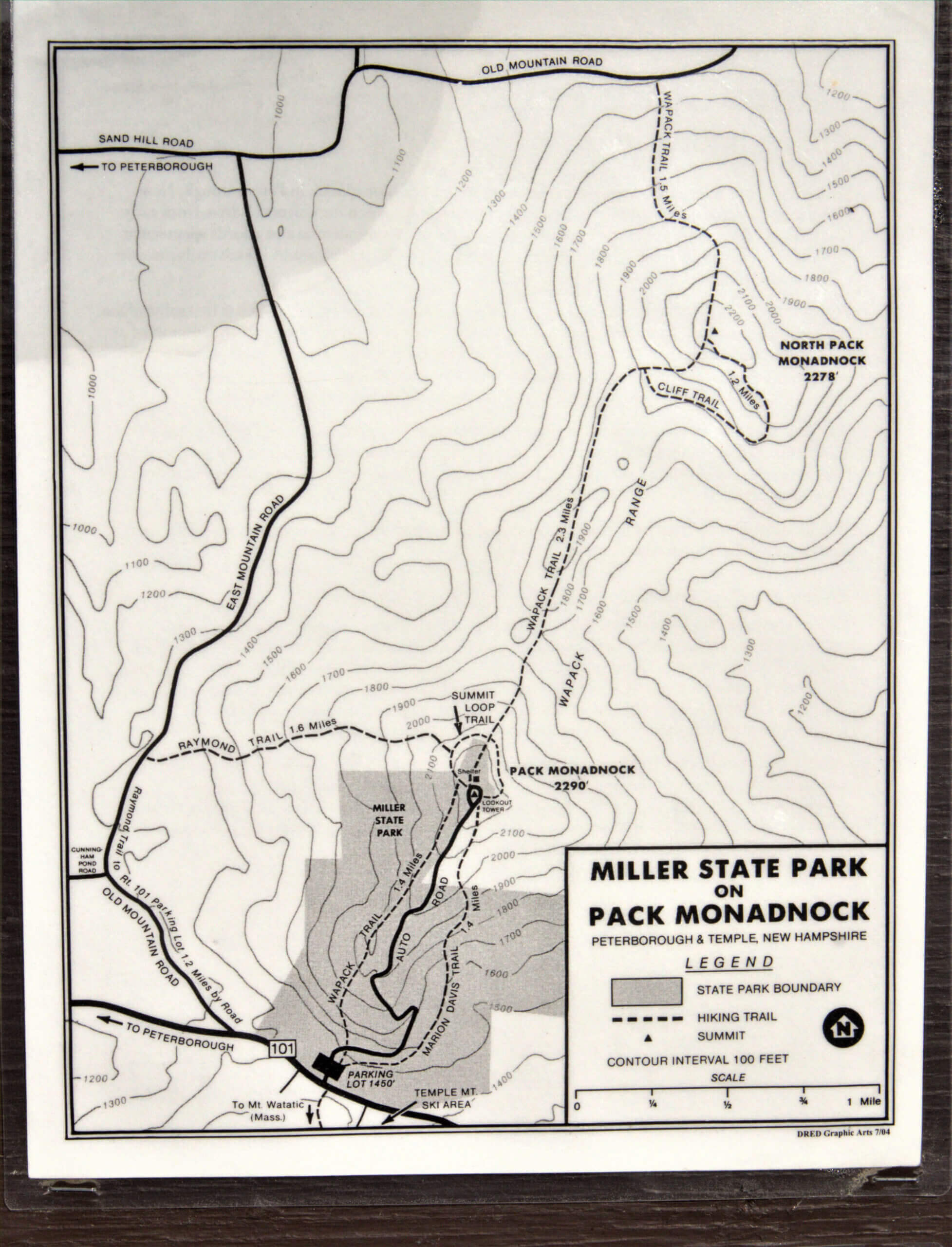 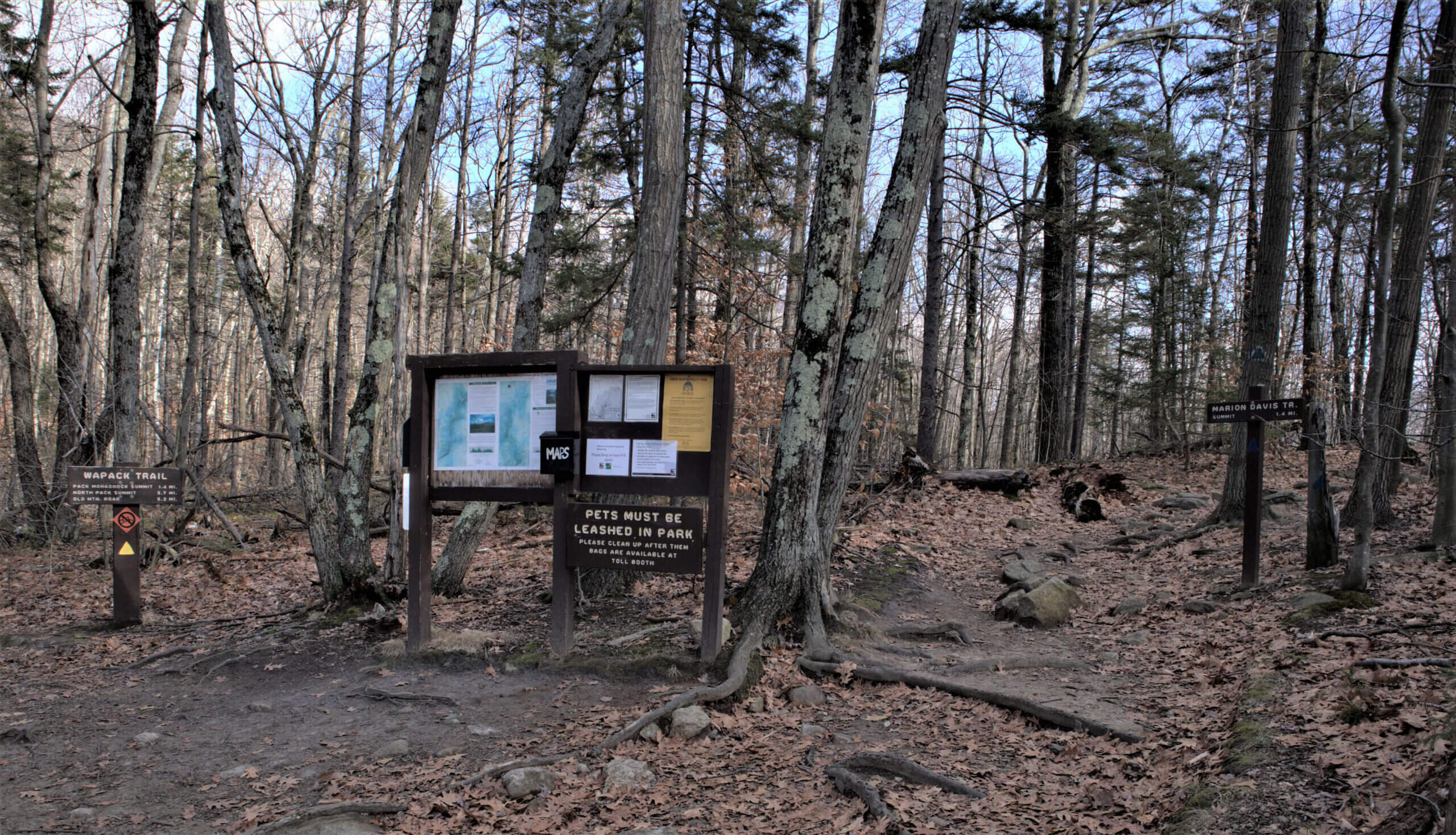 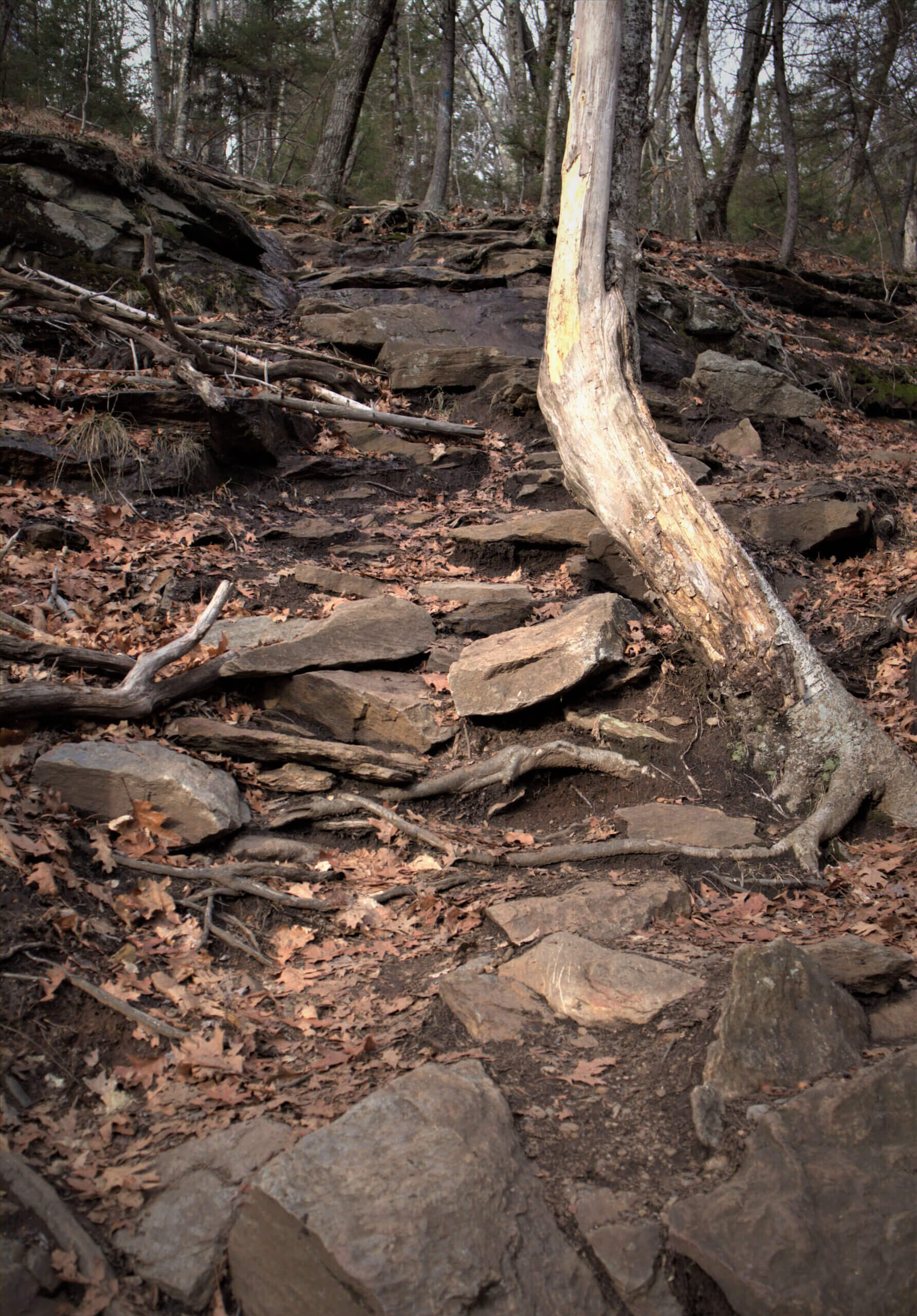 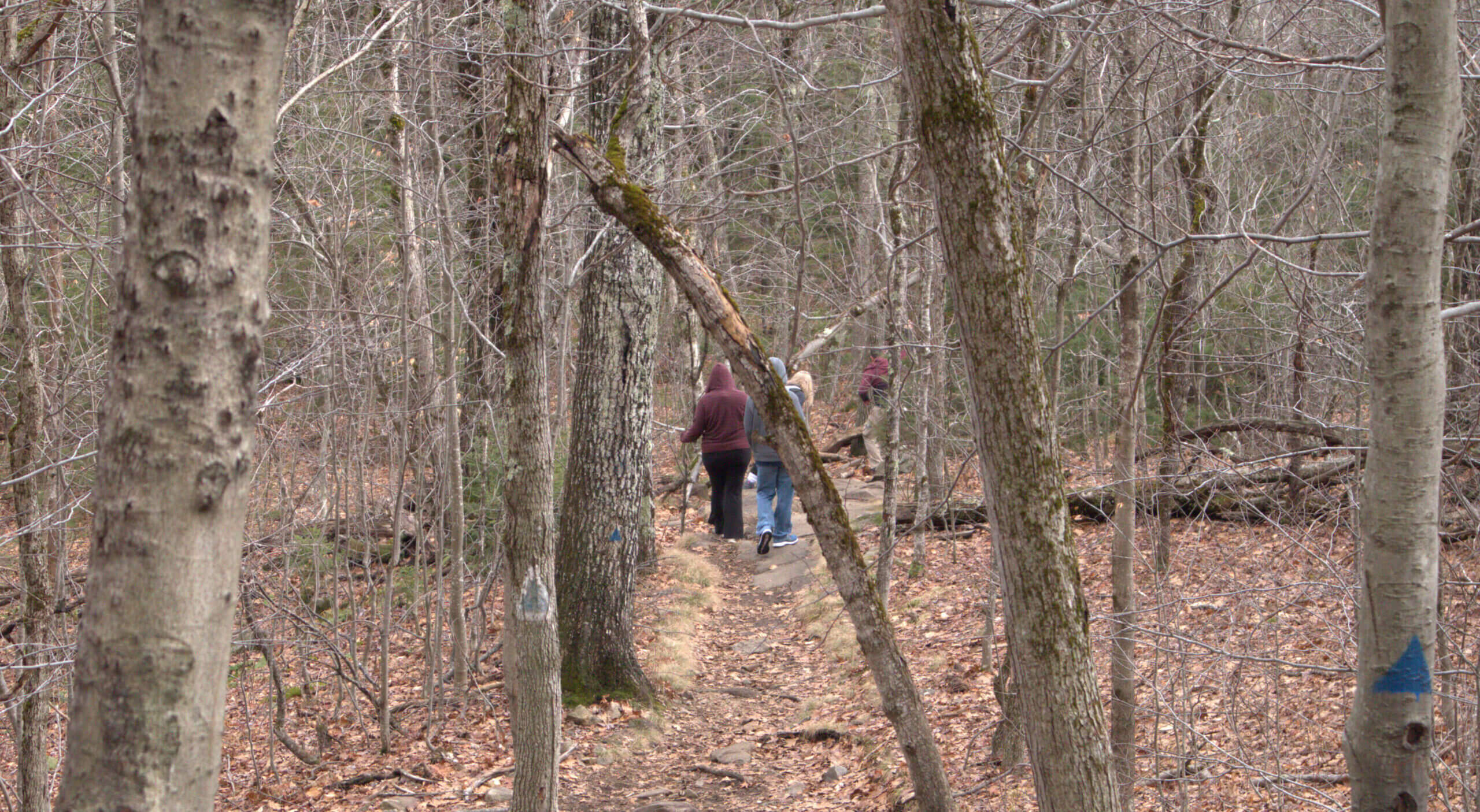 I could see the summit starting to open up and suddenly I could see several outbuildings and towers to confirm I had made it. The summit proved as rewarding as I was hopeful for! It was well paved, offered bathrooms, a fire tower for exceptional 360-degree viewing, a summit trail, and plenty of informational plaques.

The day was somewhat overcast but the views were still incredible! I hope some of my pictures capture how beautiful it is at the top. Since it was late Fall, I was able to make it up the fire tower which I assume is much harder to access during the busy season. Views of the Boston Skyline, the White Mountains, Mount Monadnock, and into Vermont kept me spinning and snapping pictures.

Scroll through the slider below to capture some of the beauty of Pack Monadnock. 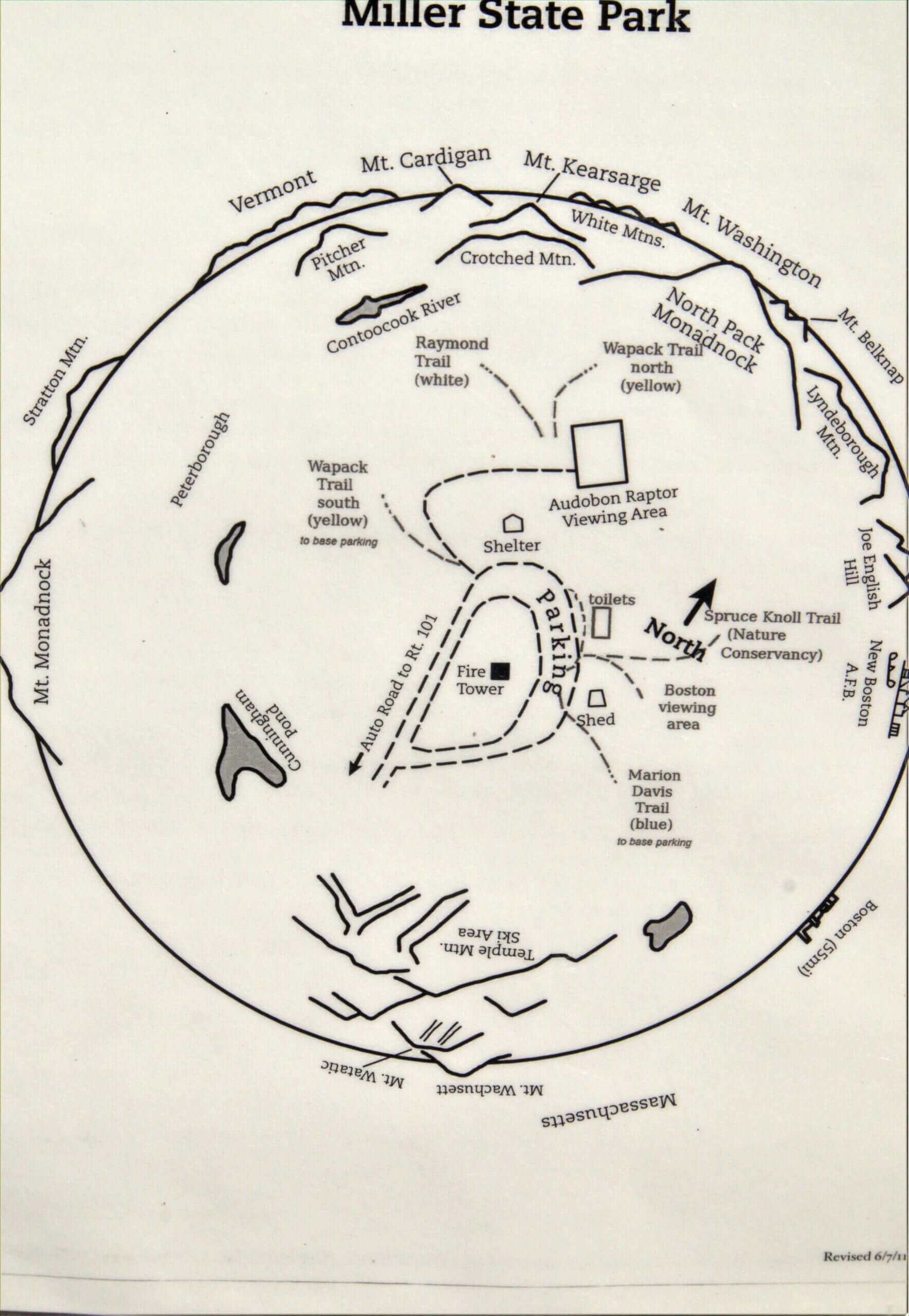 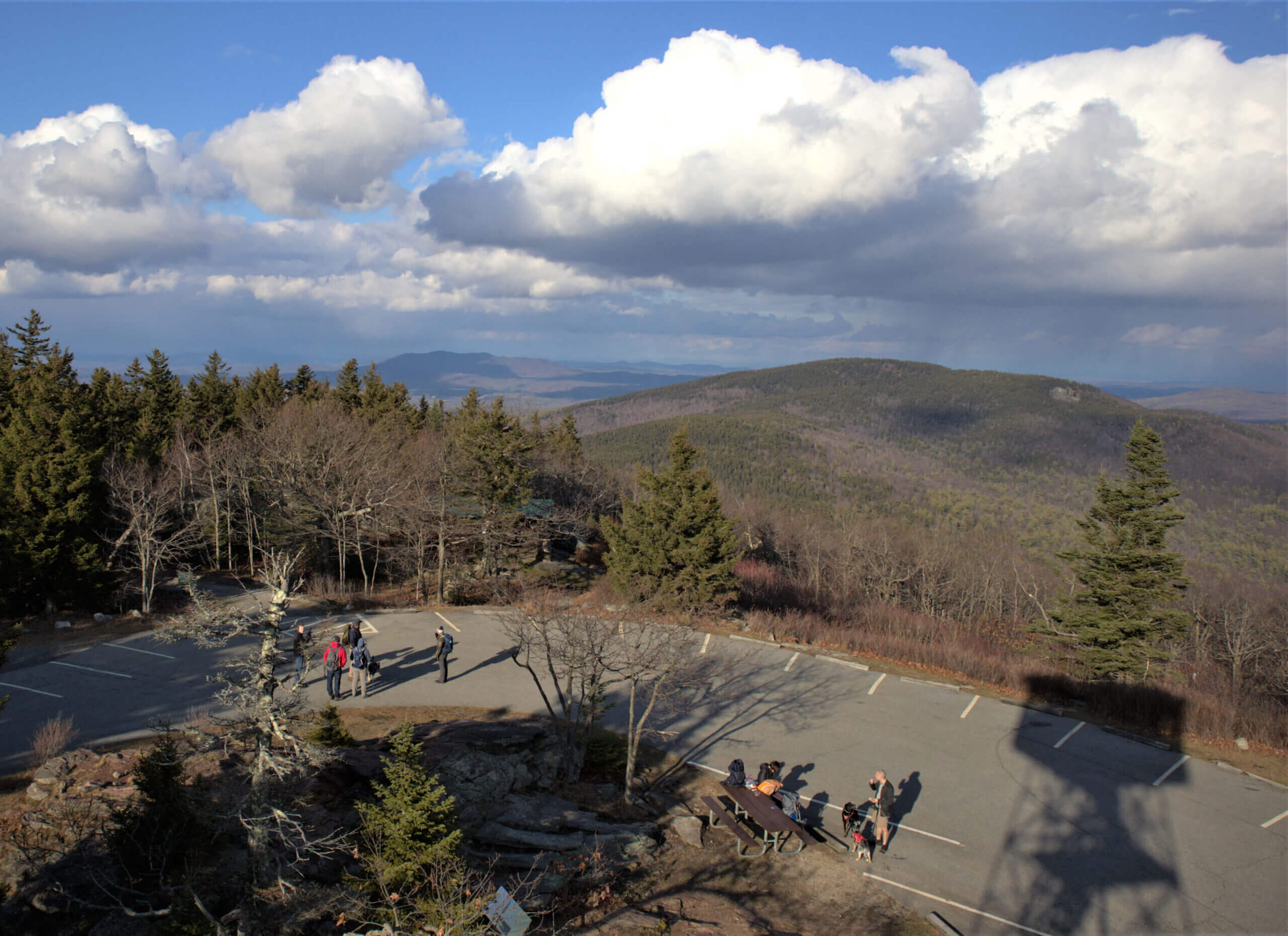 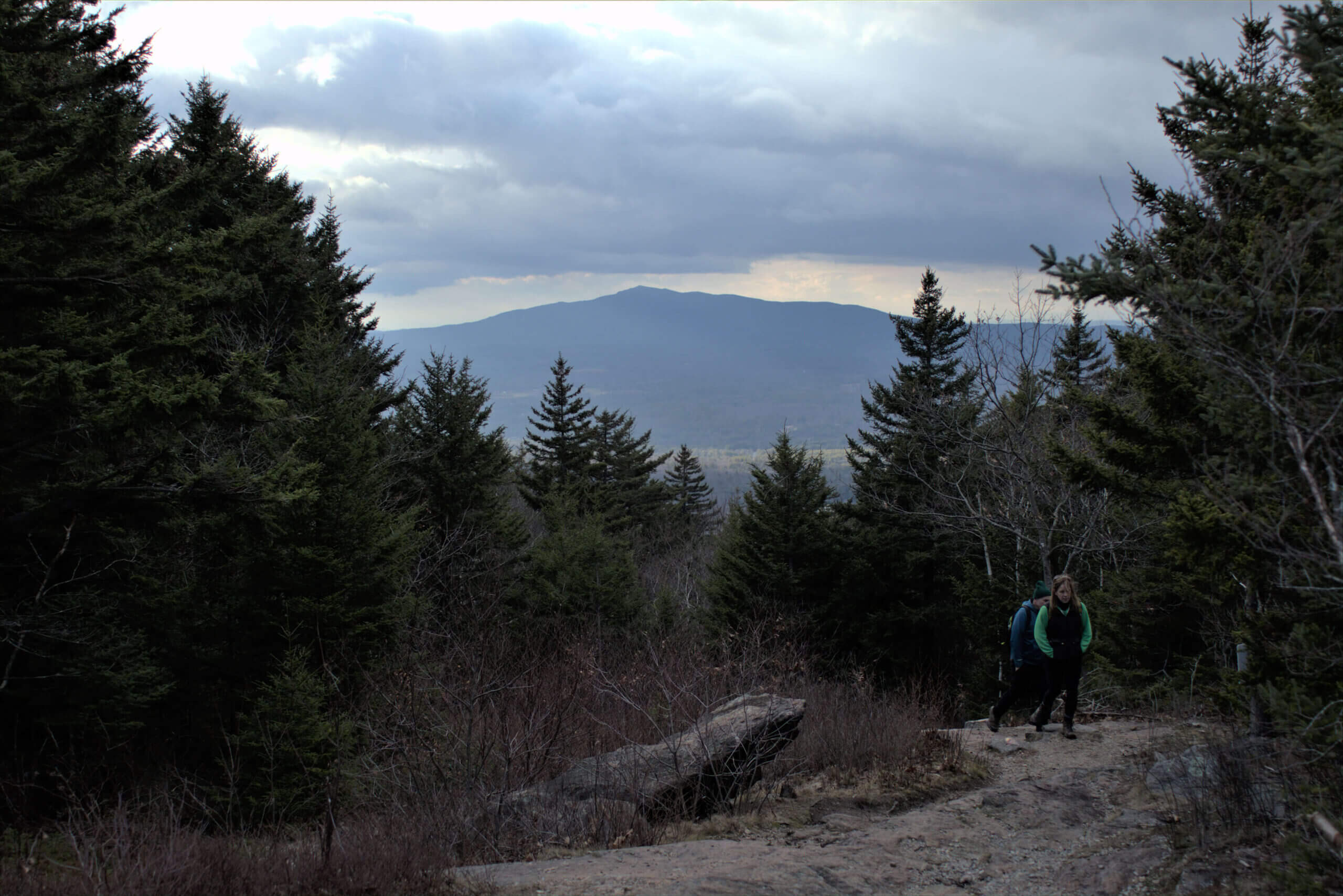 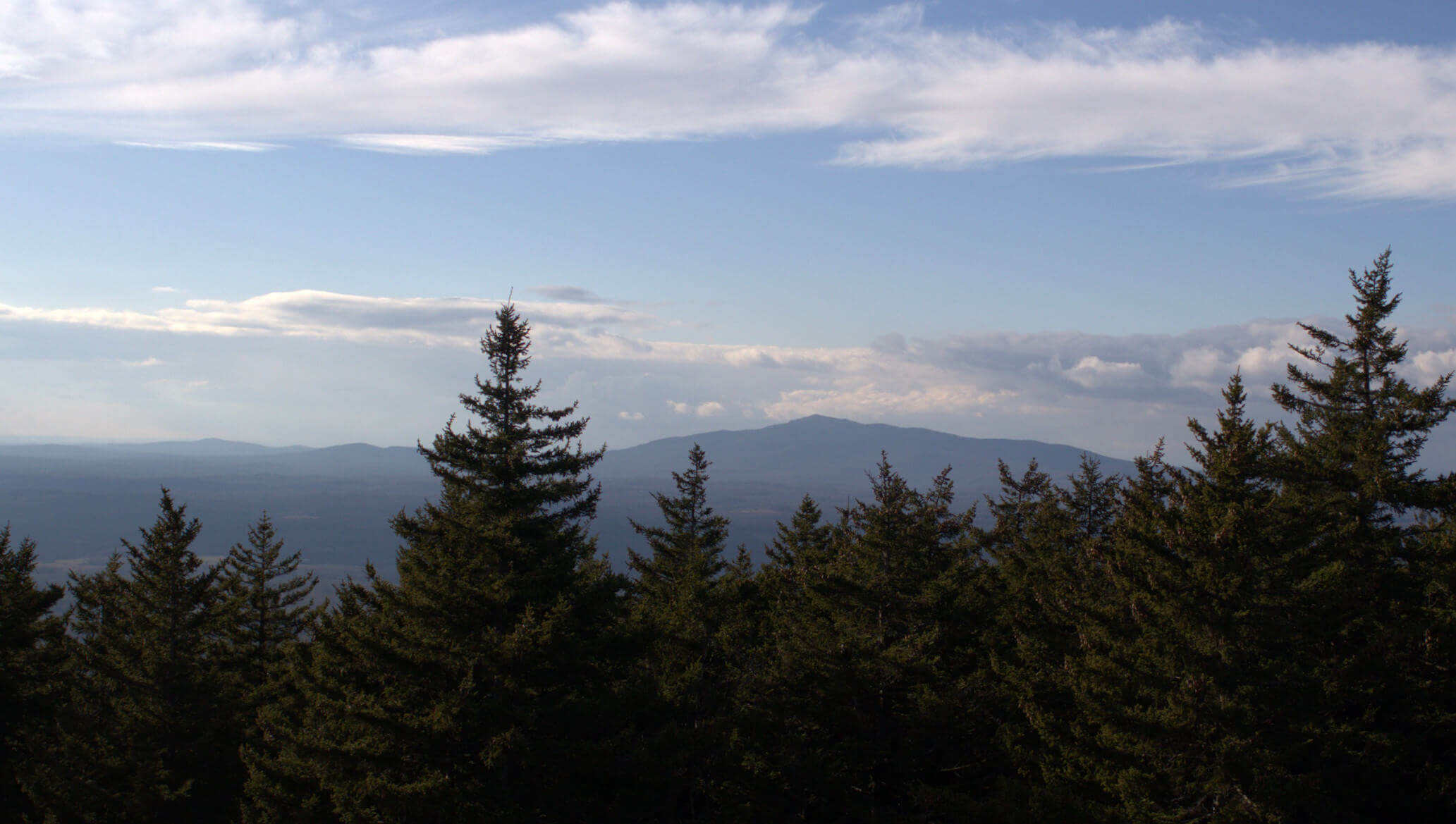 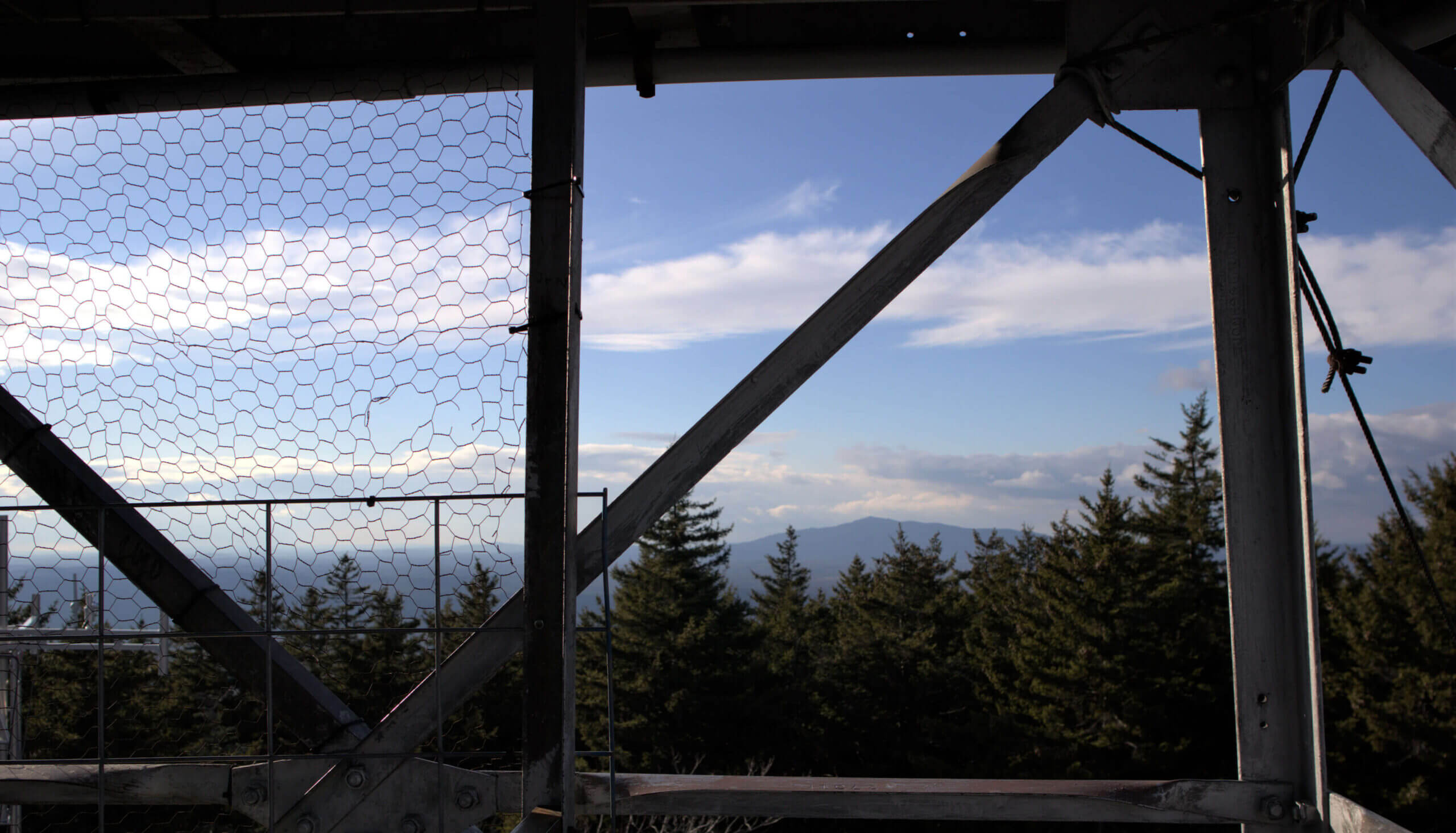 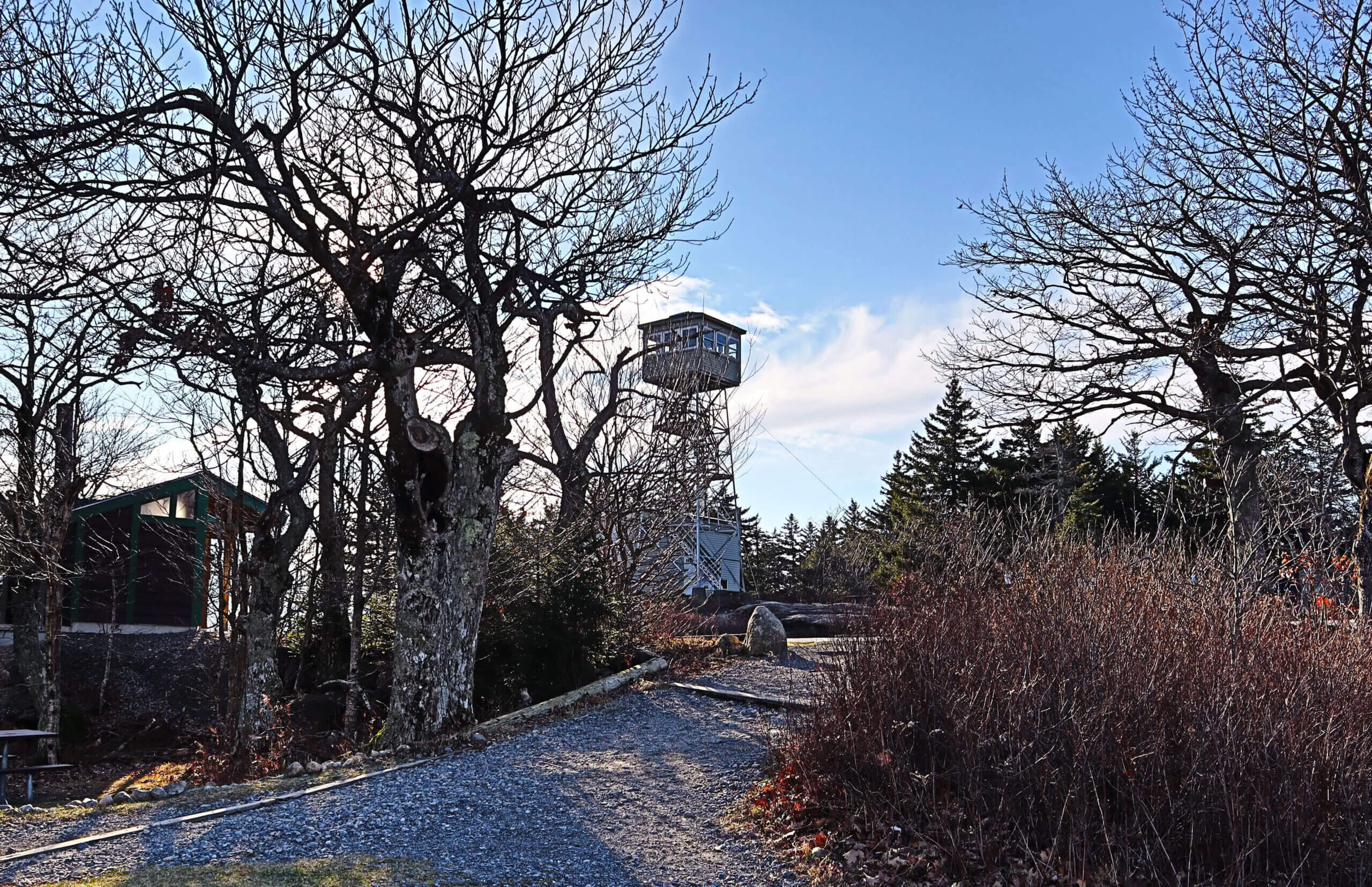 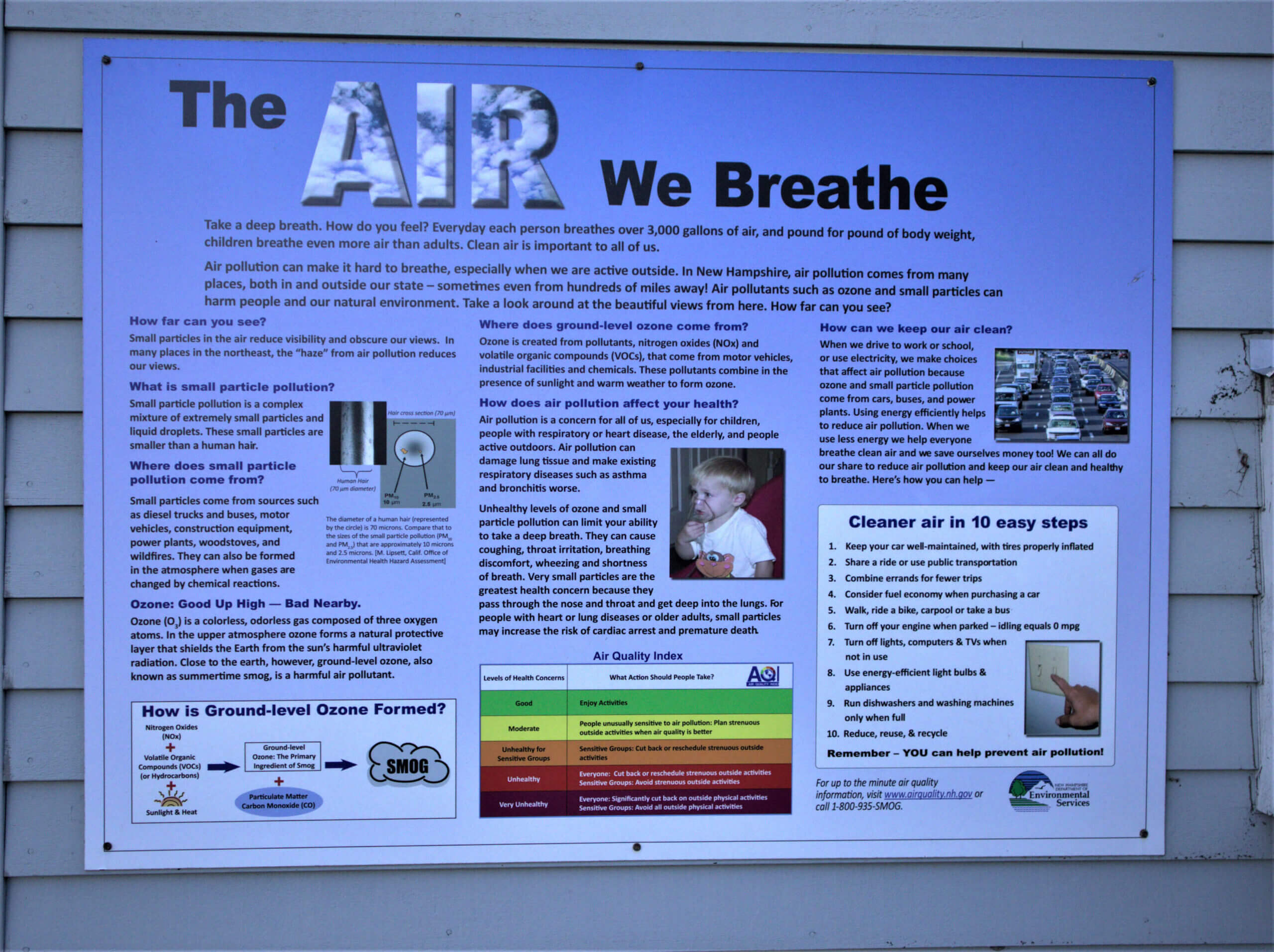 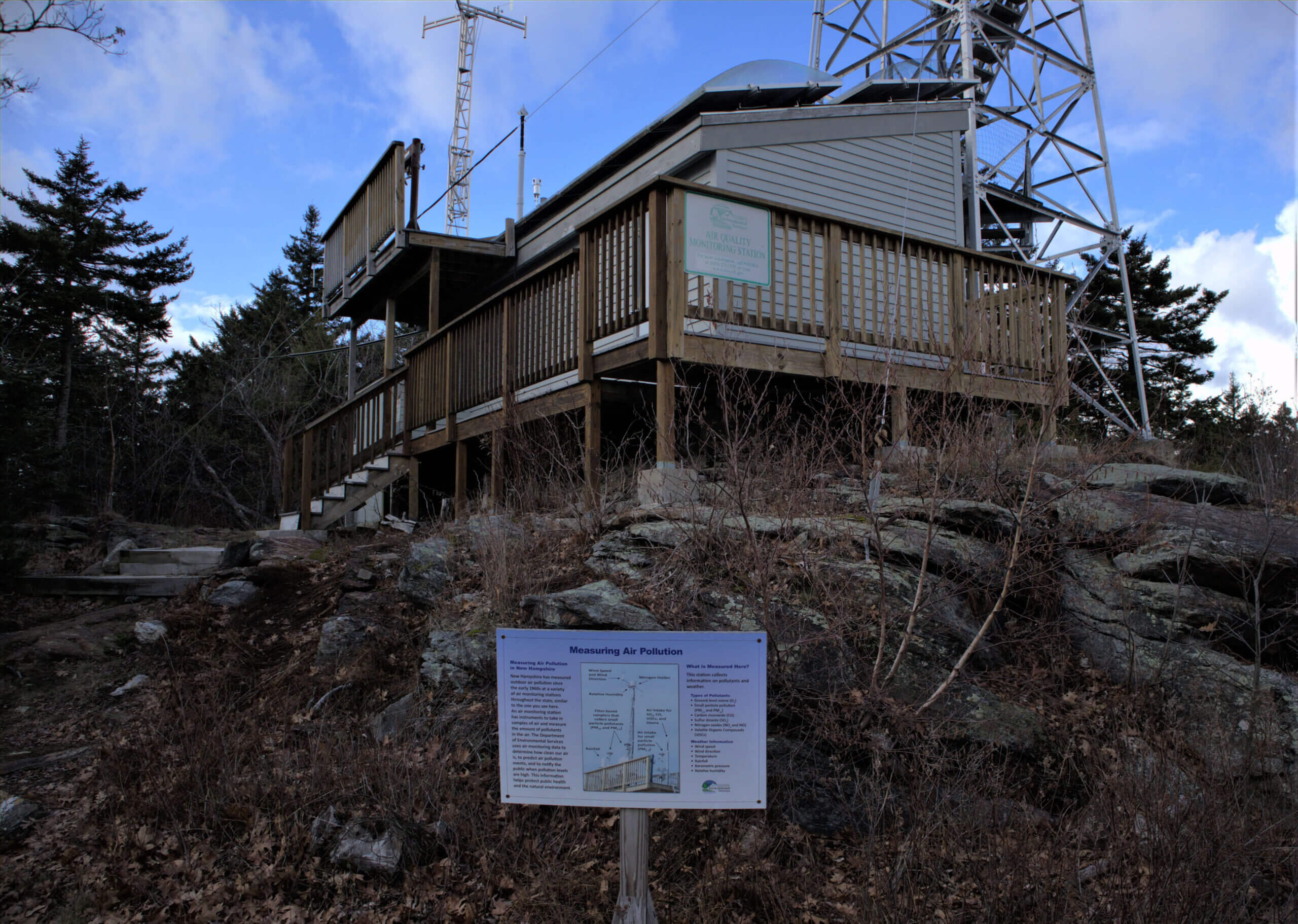 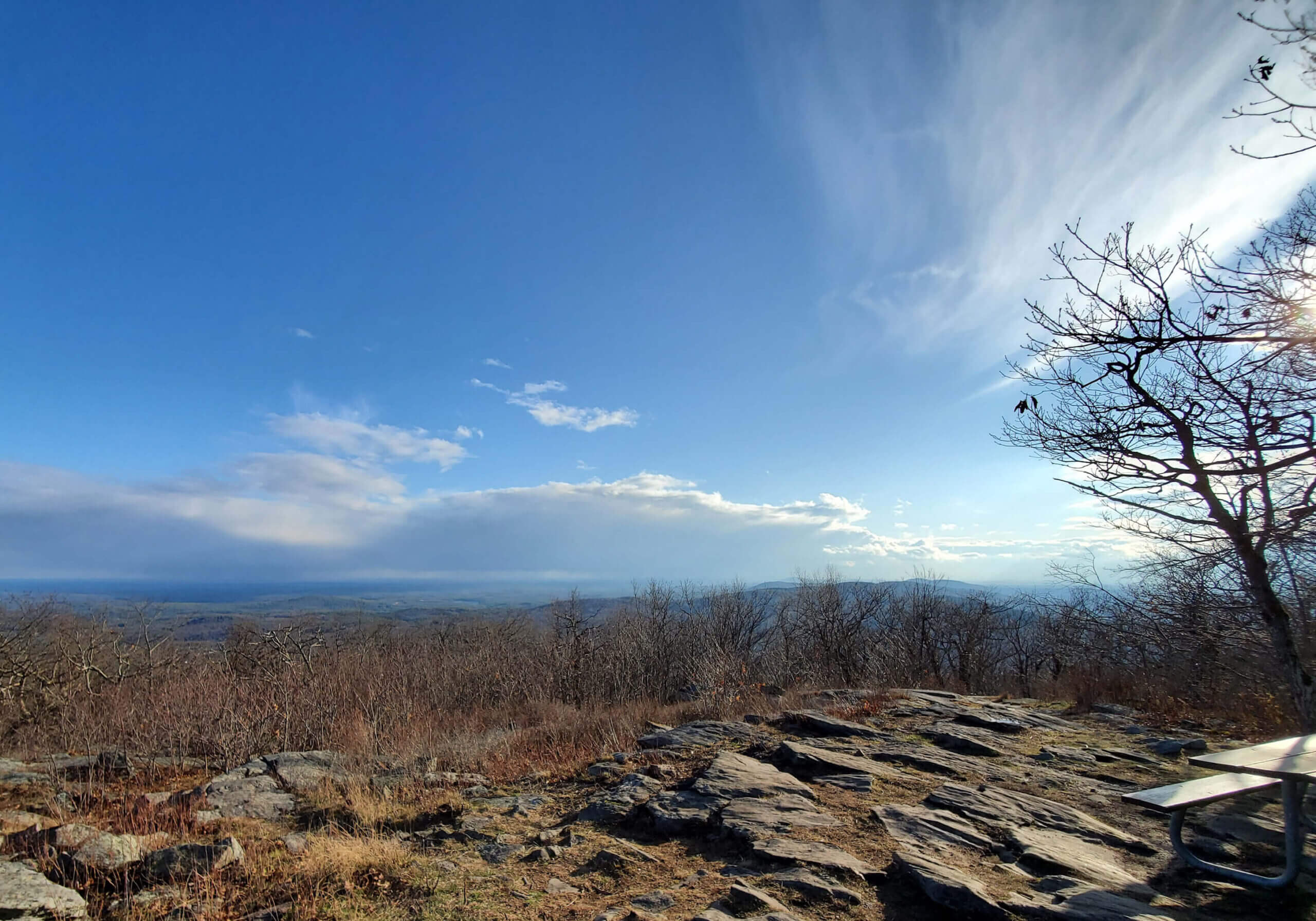 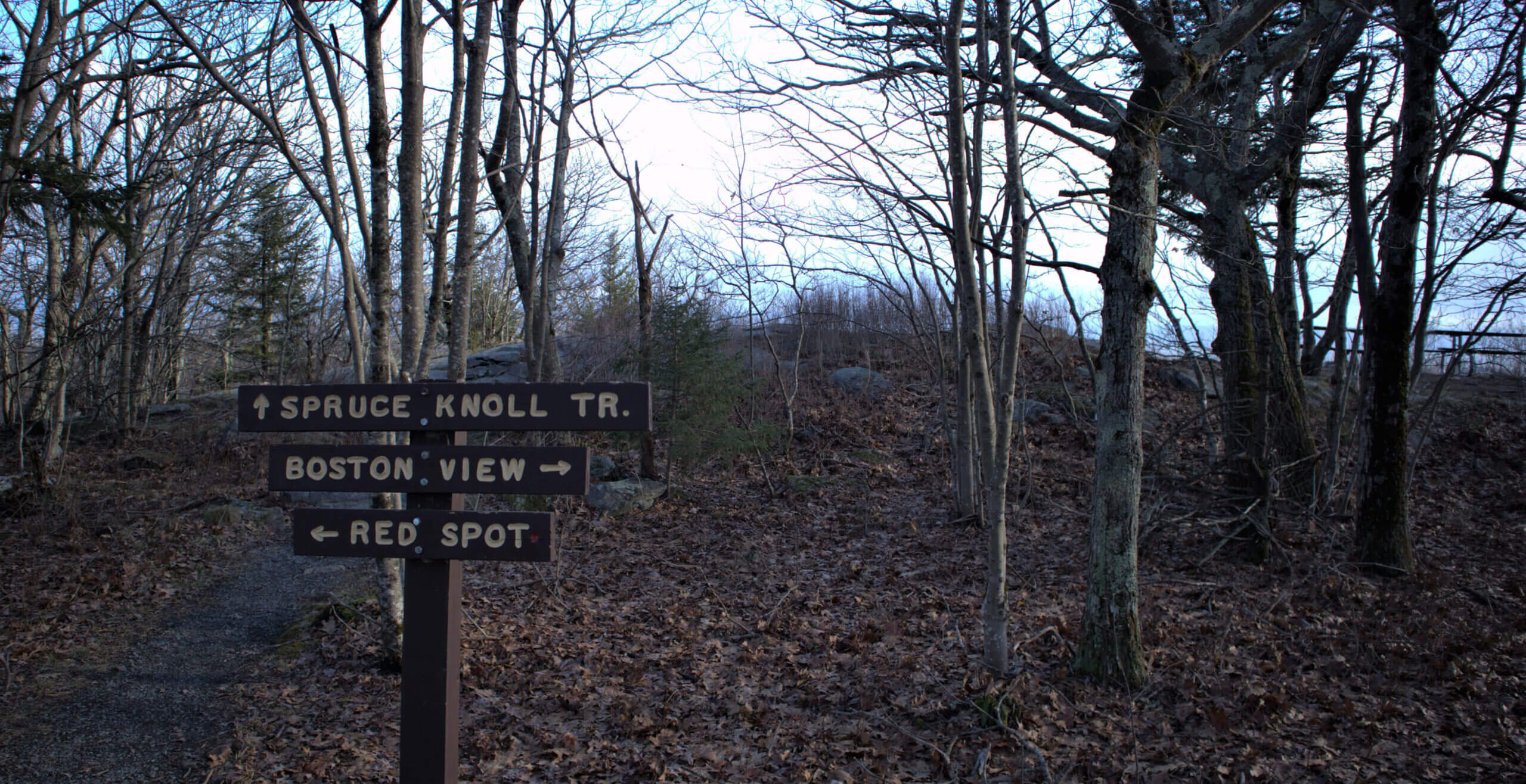 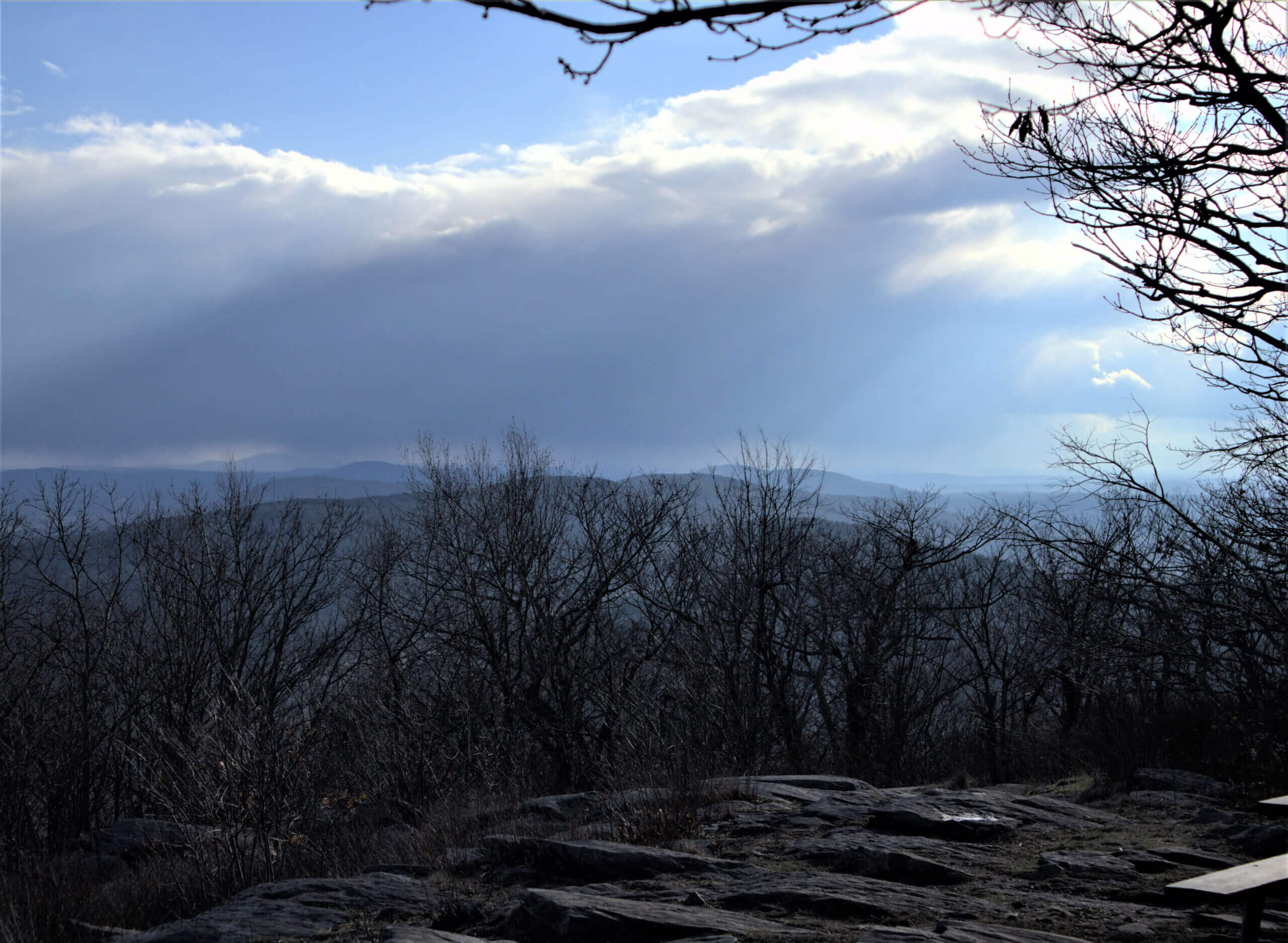 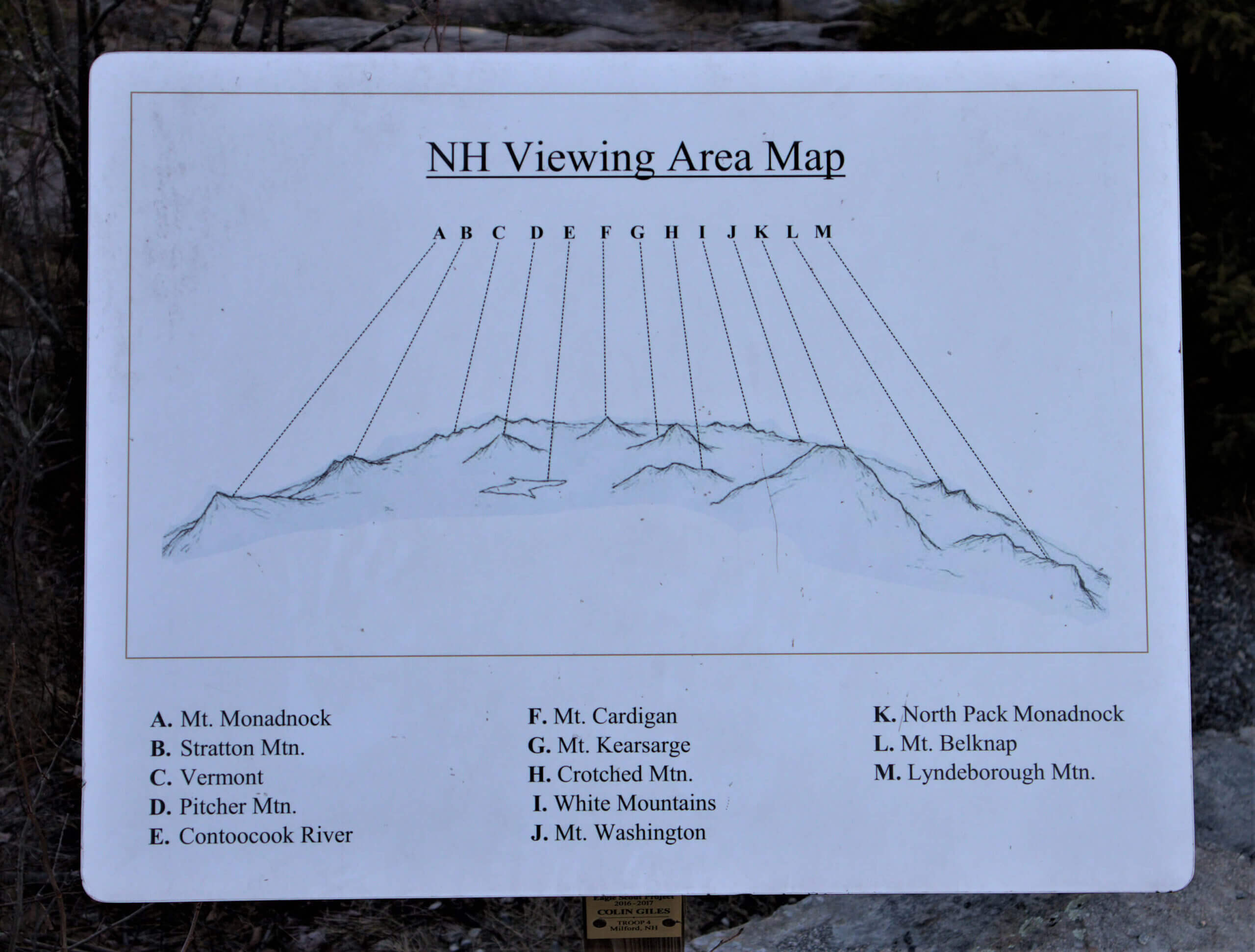 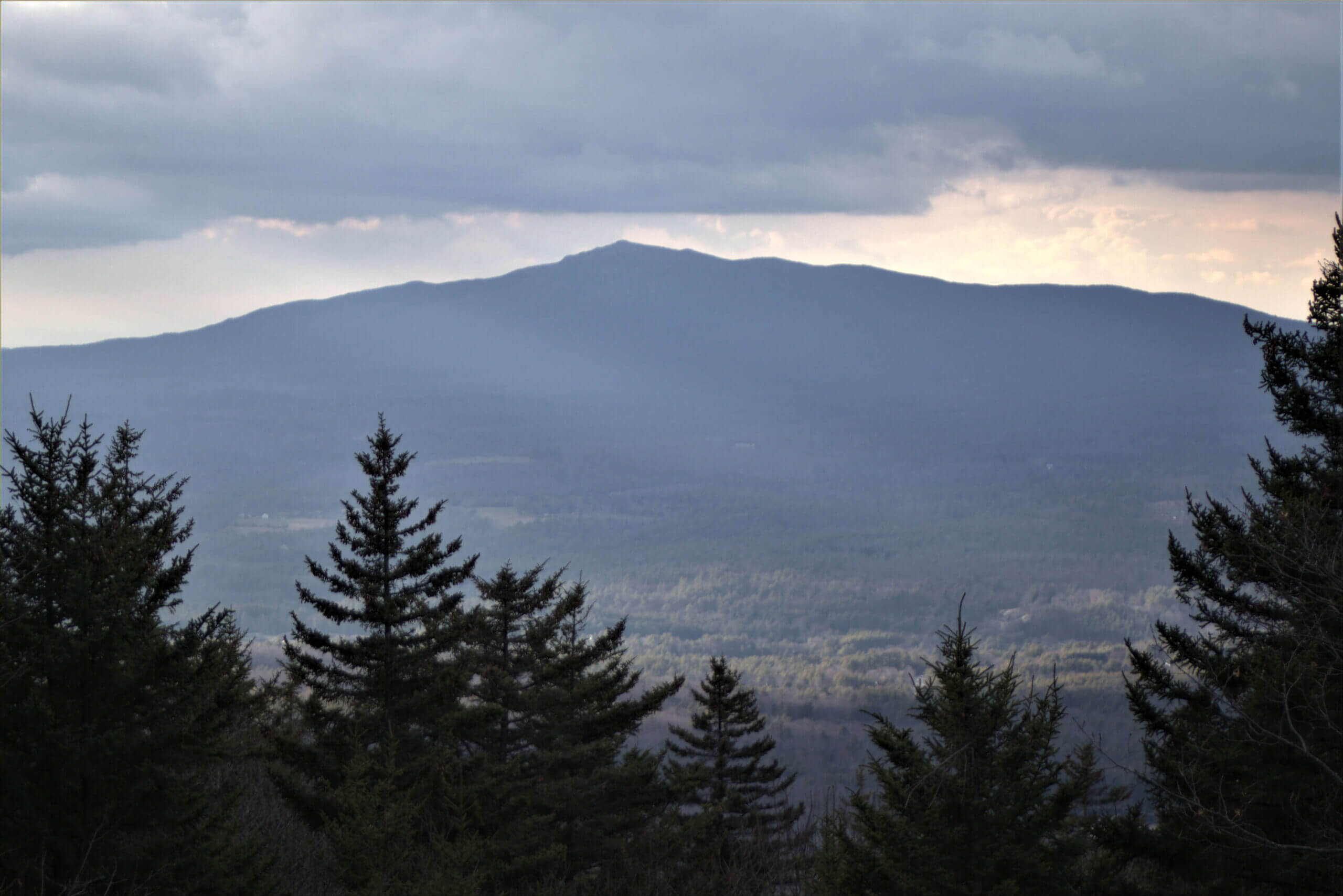 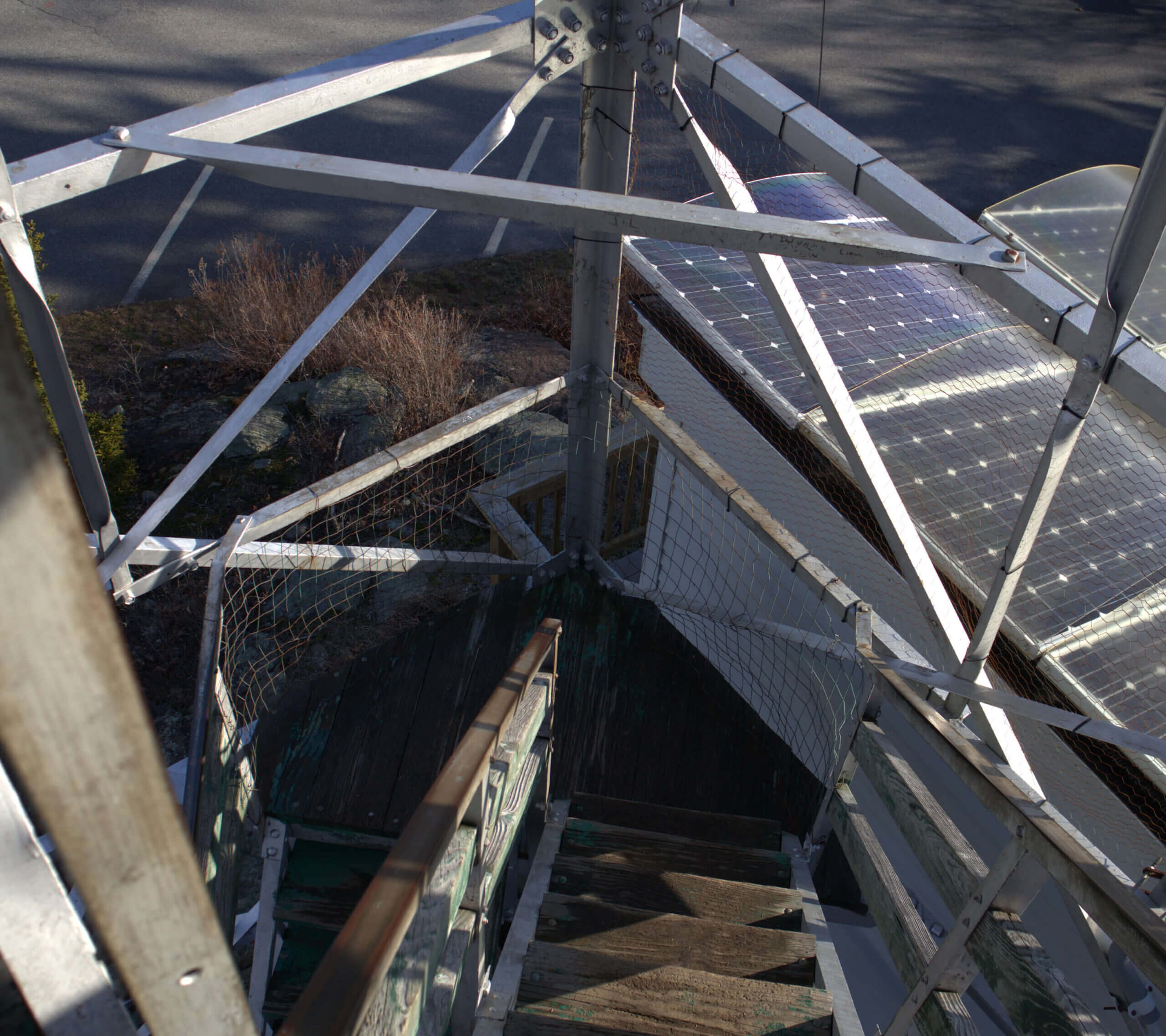 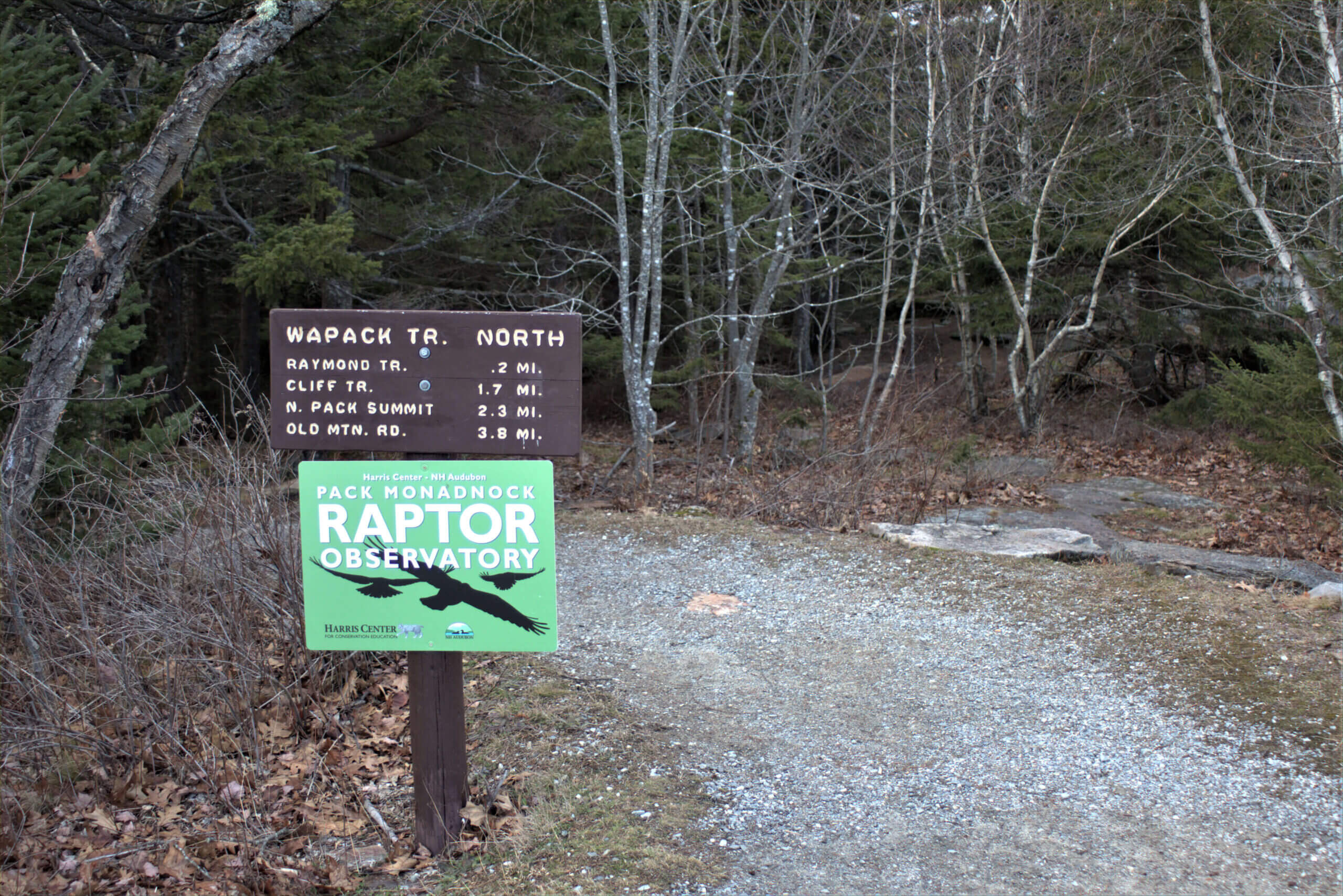 After about an hour and a half exploring the summit, it was time to head back before things got dark. It was somewhat reassuring to know the auto road was available as a way down if it got too late or I needed an easier route to the bottom. I wish I had snapped pictures of the auto road itself in order to give you some perspective. Like the trail, it proved to be a mix of easier and challenging sections but beautiful in its own way. Some sections were surprisingly steep.

There were several places to pull out the camera and sneak in additional pictures from new angles. Mount Monadnock required getting the tripod back out to give me an edge on capturing the view. “Pack” is said to have originated from the Indians and means “little.” “Pack Monadnock”, therefore, means “Little Monadnock.”

I was so impressed with the day’s adventure, I prepared to hike the auto road the next morning in the hopes of capturing the sunrise from the fire tower. I arrived around 5:45 with warm clothes, a flashlight, and my camera gear. I arrived at the summit just as things began to get pink over Boston. I was happy to have dressed warm, it was windy and cold at the top!

With a pretty much cloudless sky, it wasn’t quite the stunning sunrise I had hoped to capture but it was a definite tease that will keep me trying for both sunrise and sunset in the future. Scroll through these additional pics from the day’s sunrise. 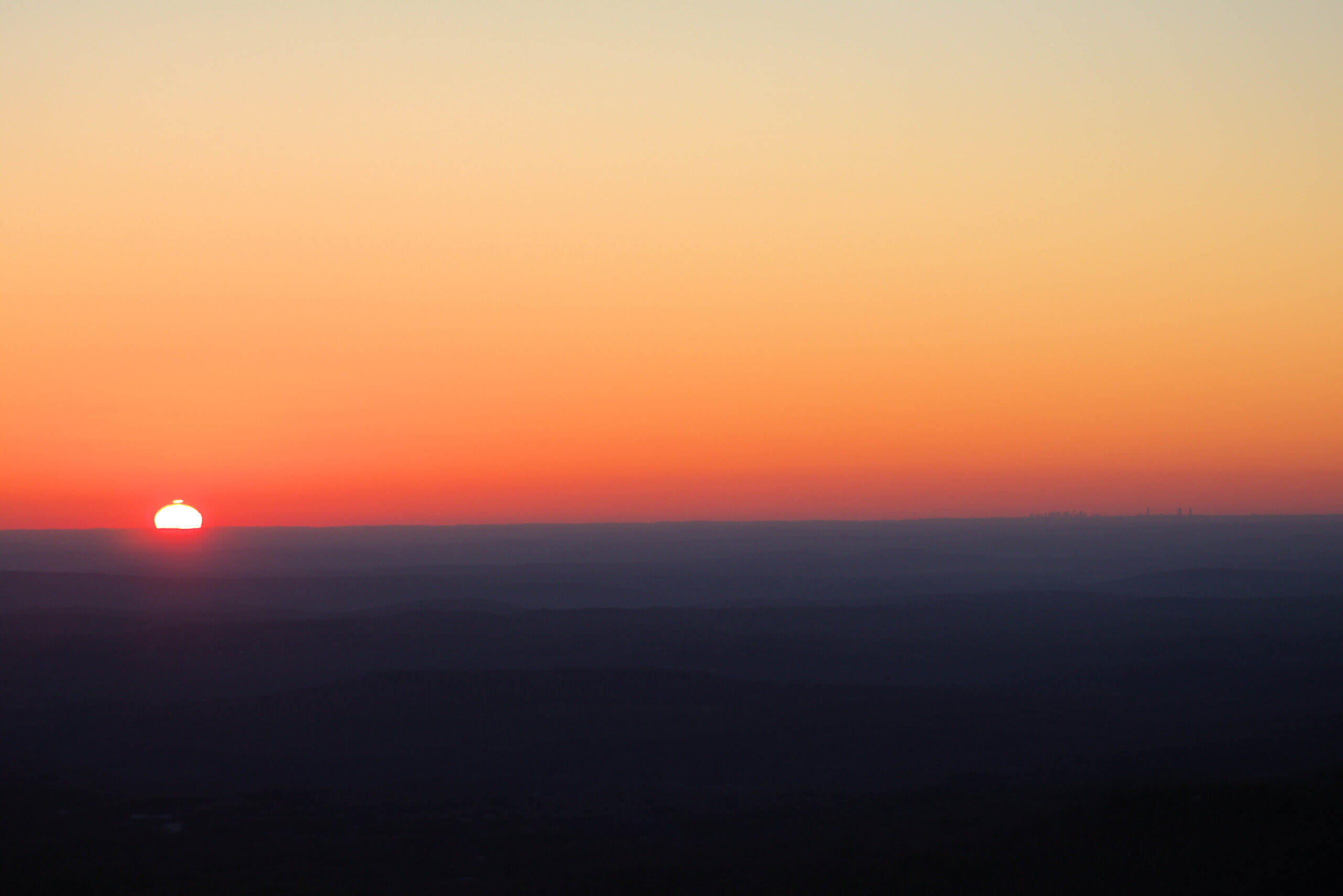 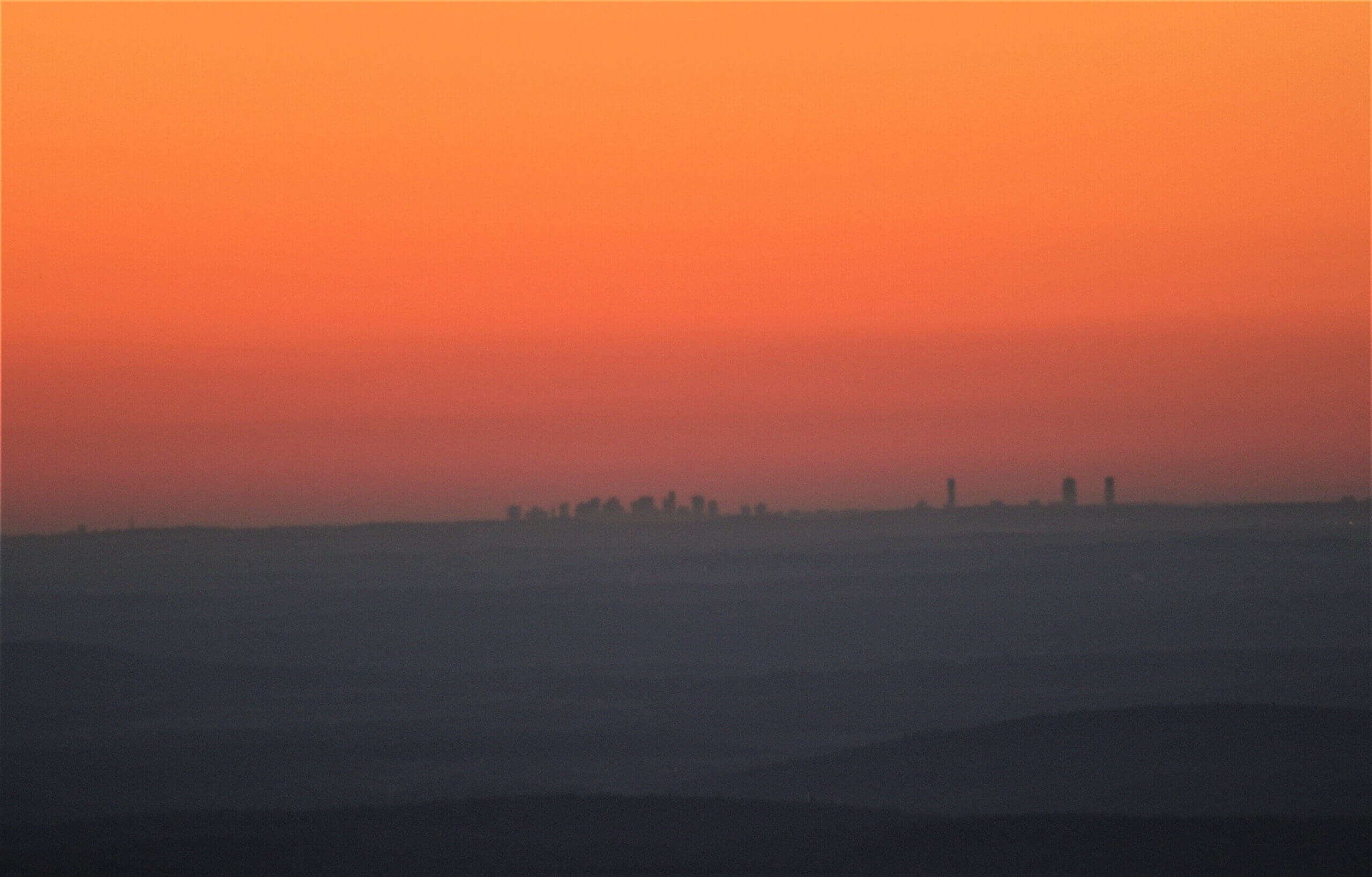 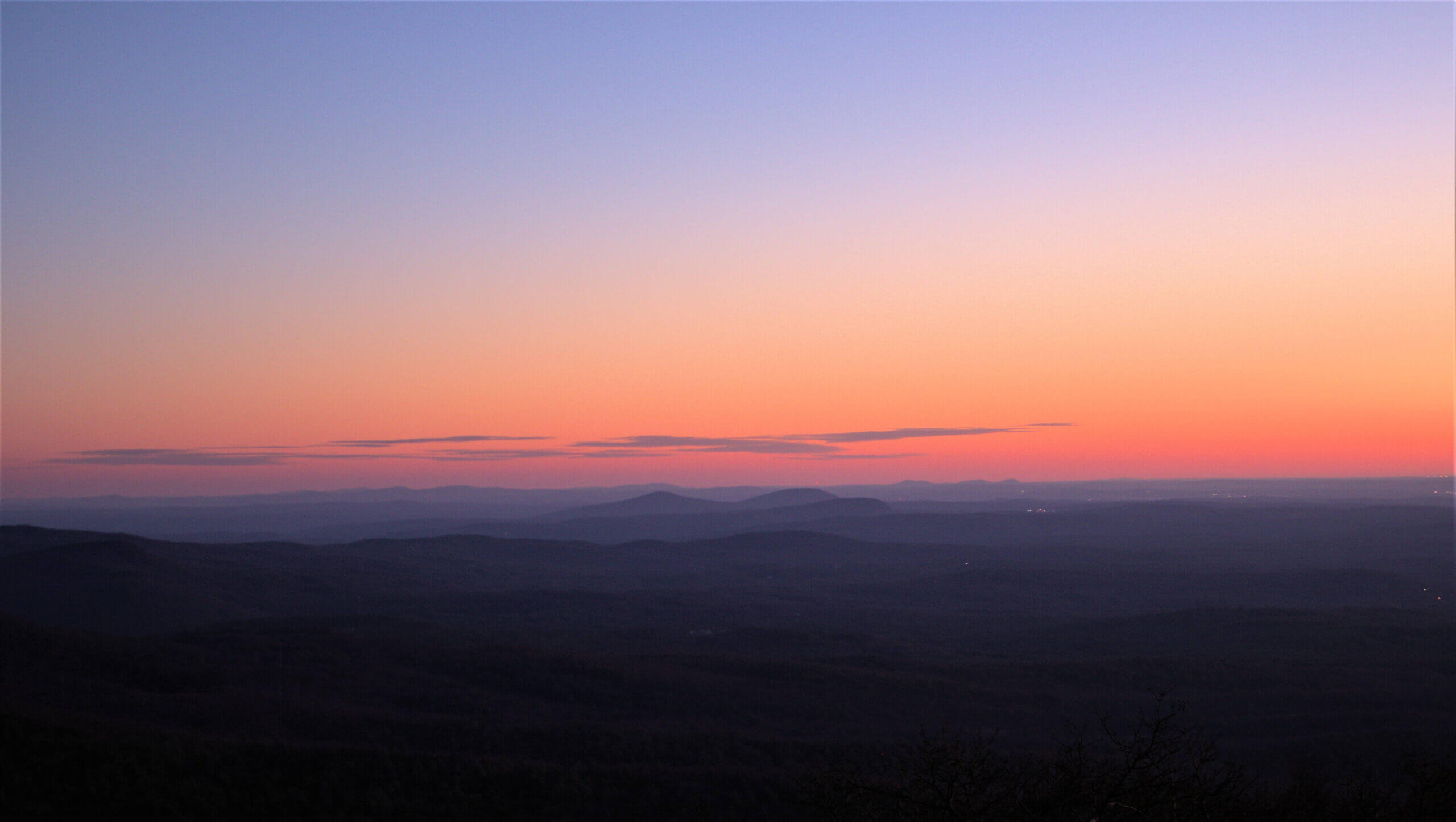 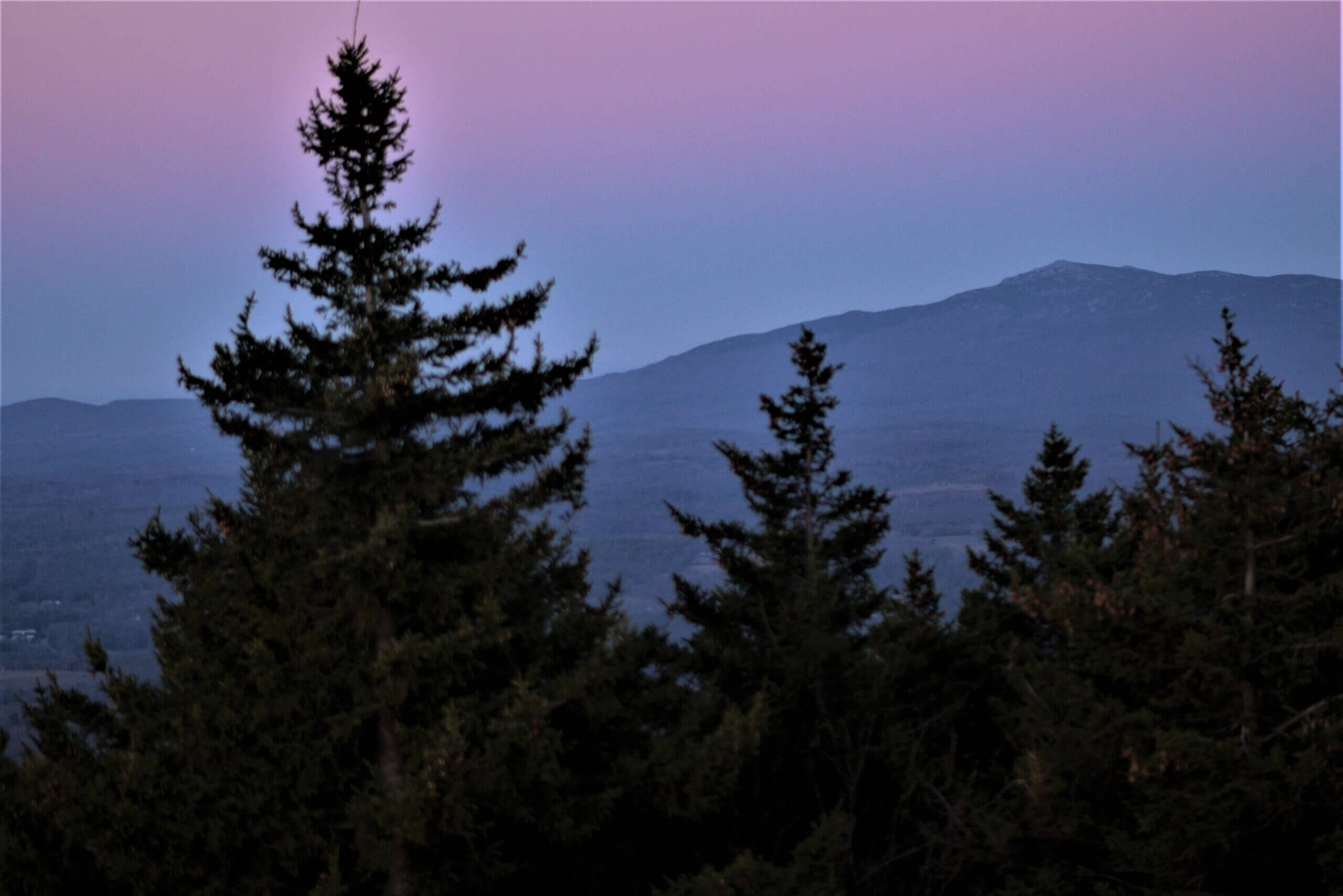 I hope this post has inspired you to explore something that has been on your list. This trip validated what I am hoping to produce with this blog; to “Explore” New Hampshire and document new and old places that help me share its beauty with you!