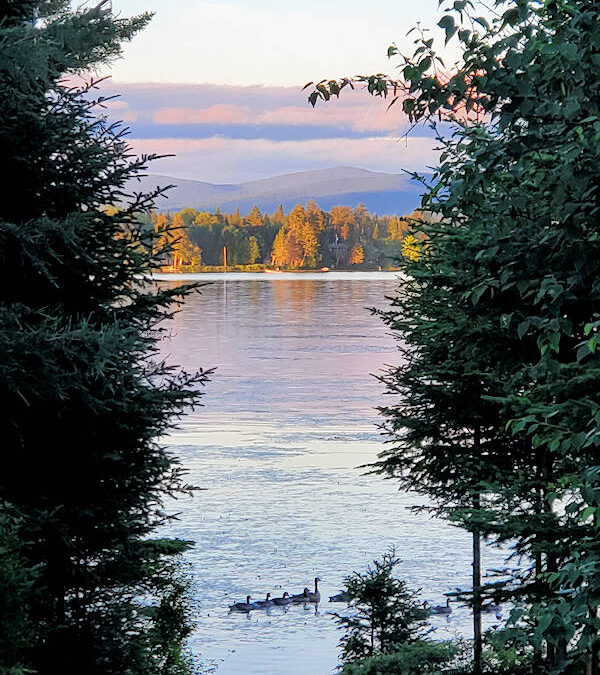 We made our reservations to Back Lake in Pittsburg, New Hampshire well in advance and were looking forward to finally being able to “Explore” the Great North Woods Region! I had ventured into the White Mountains Region on many occasions for skiing and vacationing, but never made it to New Hampshire’s northernmost and largest town, Pittsburg.

I heard many good things about this area from friends and family over the years. I did my usual mapping out for potential Historical Markers along the way and scrolled my wish list for new places to “Explore!”

Route 16 would provide a slew of historical markers that I was excited to capture. Berlin, in particular, offered great history surrounding its logging industry and early settlers. The rocky “boom piers” were amazing along the Androscoggin River. They were used to segregate and float logs for milling. Visit my “Historical Marker” section on the “Resources” page to learn more about other nuggets of New Hampshire history.

These two amazing carvings required a u-turn so I could share them with you. Artists that sculpt and carve have always amazed me. How they see and create in 3 dimensions is a true gift! If you are traveling through Albany, be sure to look up “Amazing Carvings by Josh!” 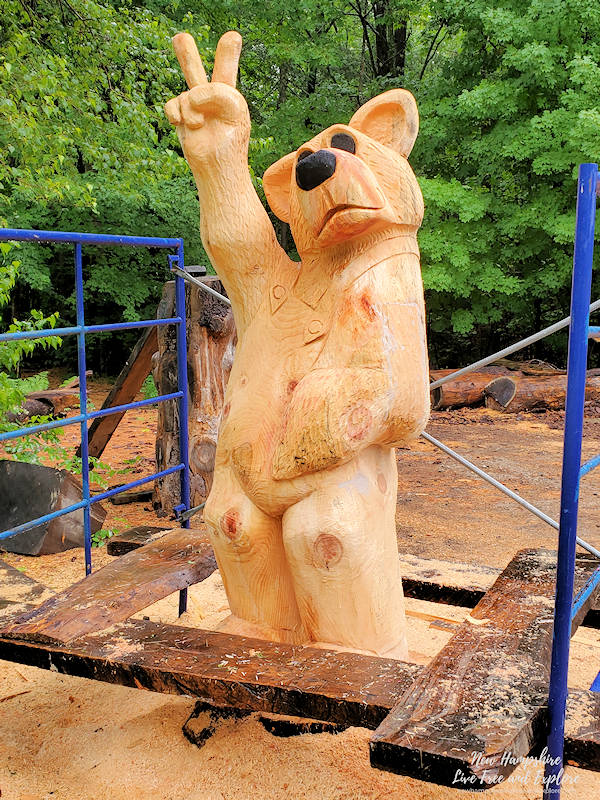 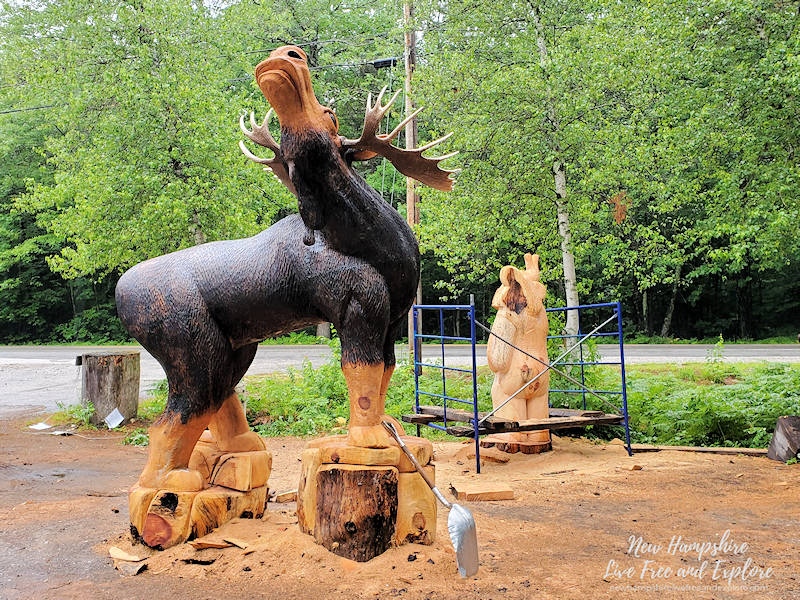 Capturing some of New Hampshire’s northernmost historic covered bridges was also on my wish list. Conway provided two more to add to the site. 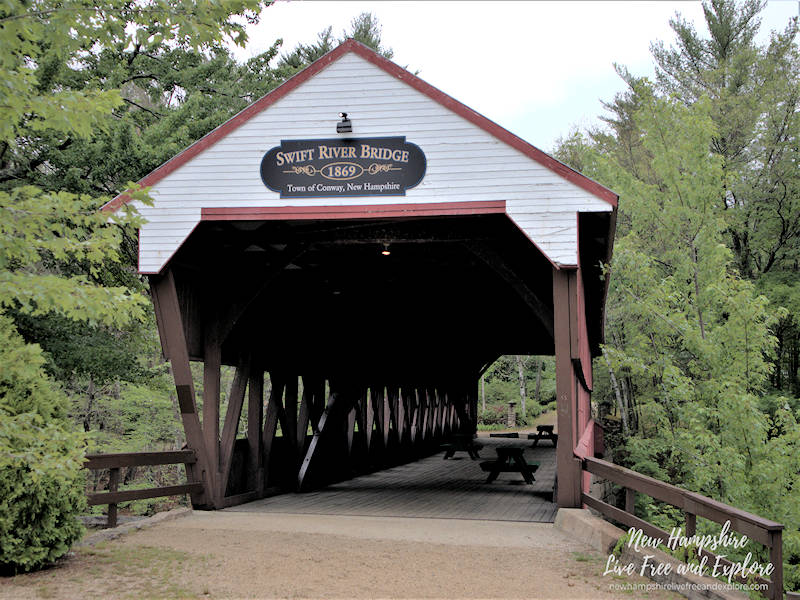 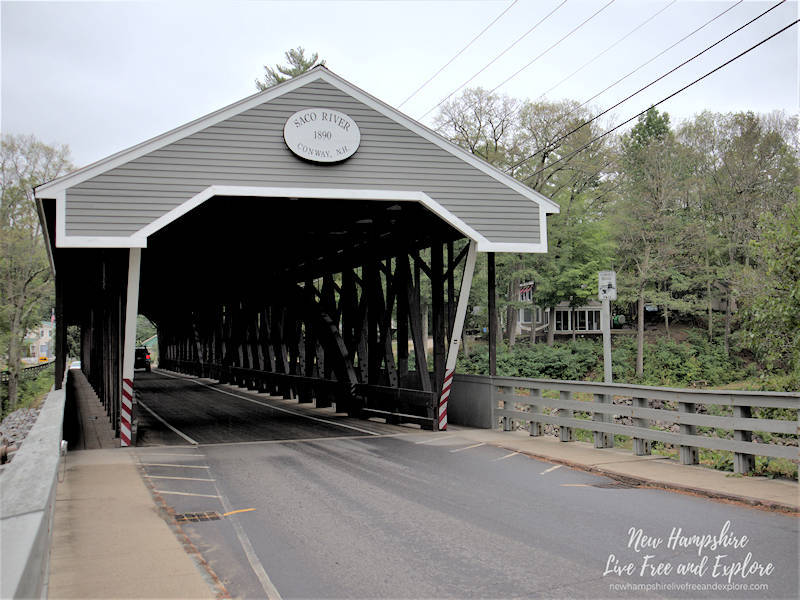 Driving through Dixville Notch was an amazing experience. The Balsams Grand Resort Hotel and Table Rock were both stunning. Table Rock was at the top of my personal wish list, click on the hyperlink to learn more about this thrilling experience! 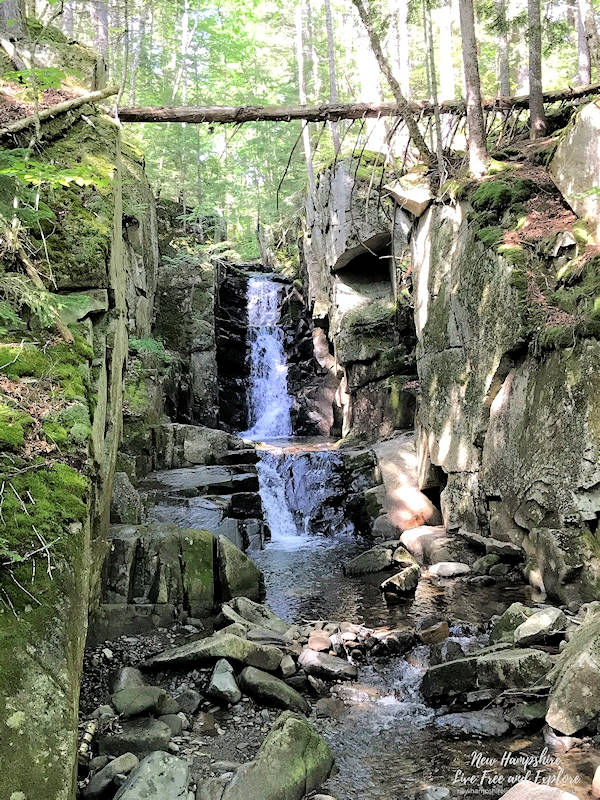 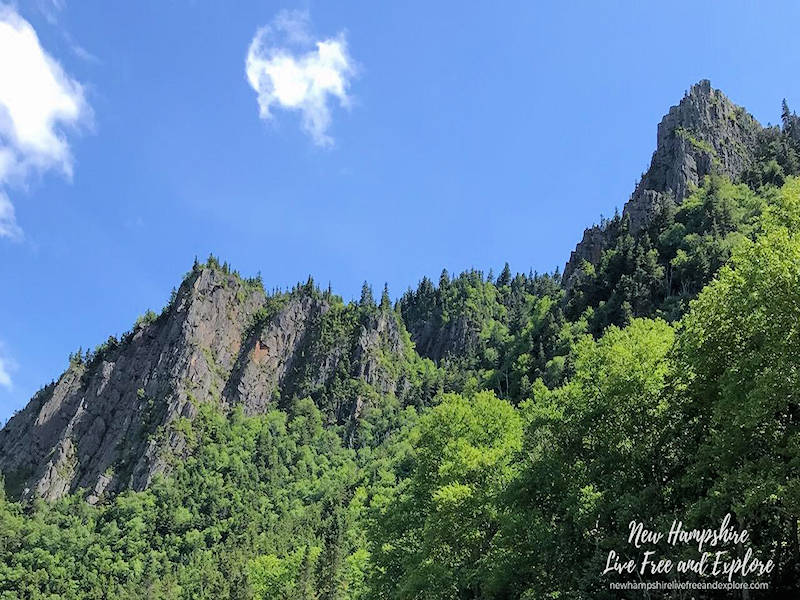 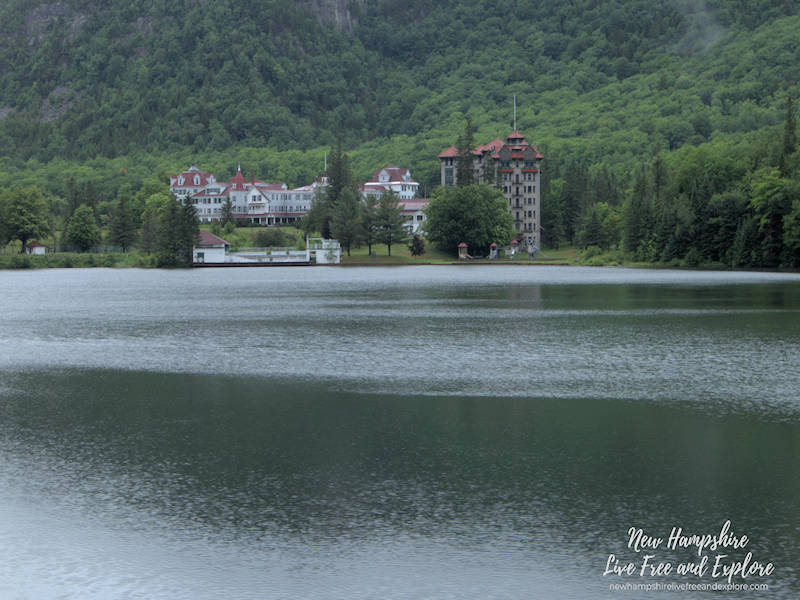 Beaver Brook Wayside caught my attention in Colebrook. It is easily accessible right off of Route 145. See my full post and spend some chill time listening to the water cascade down the ledges! 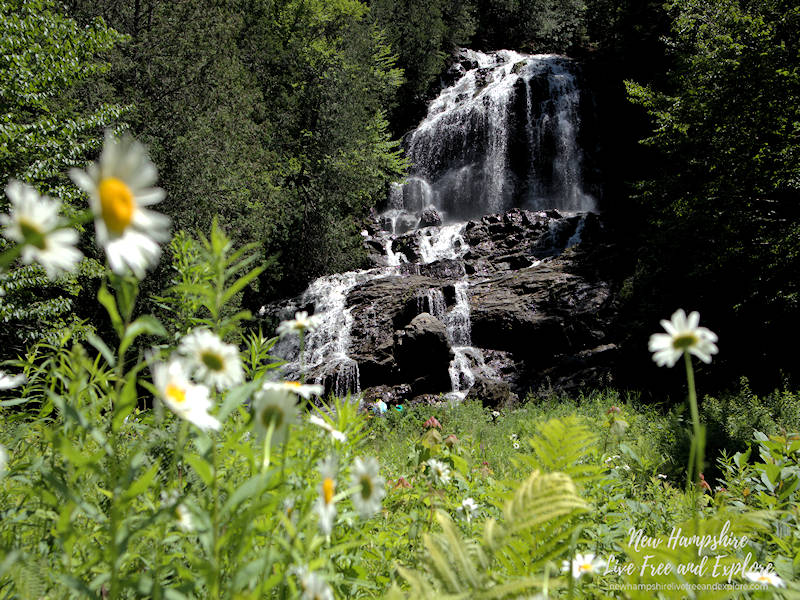 Our lakehouse rental offered direct access to Back Lake, with beautiful views of the mountains beyond. The temperature was ten degrees cooler than back home. There seemed to be a slight breeze most of our 6 days which suited me perfectly. 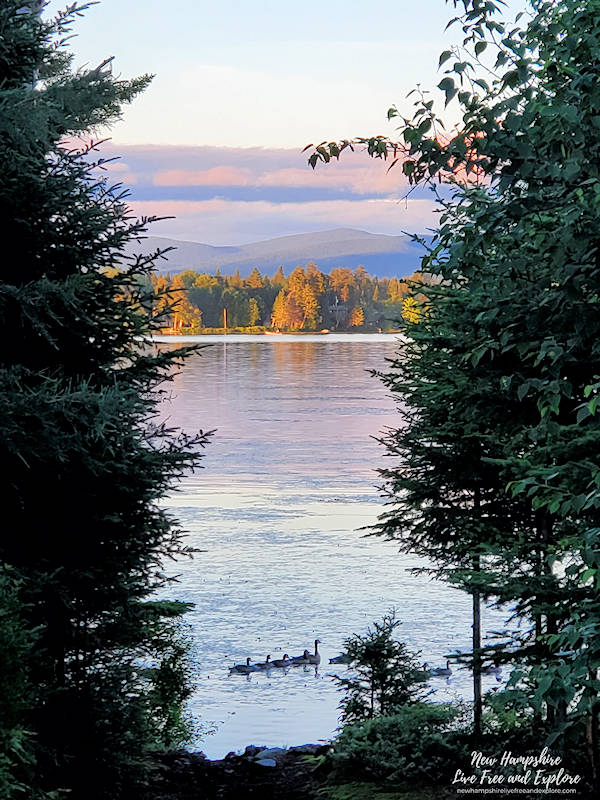 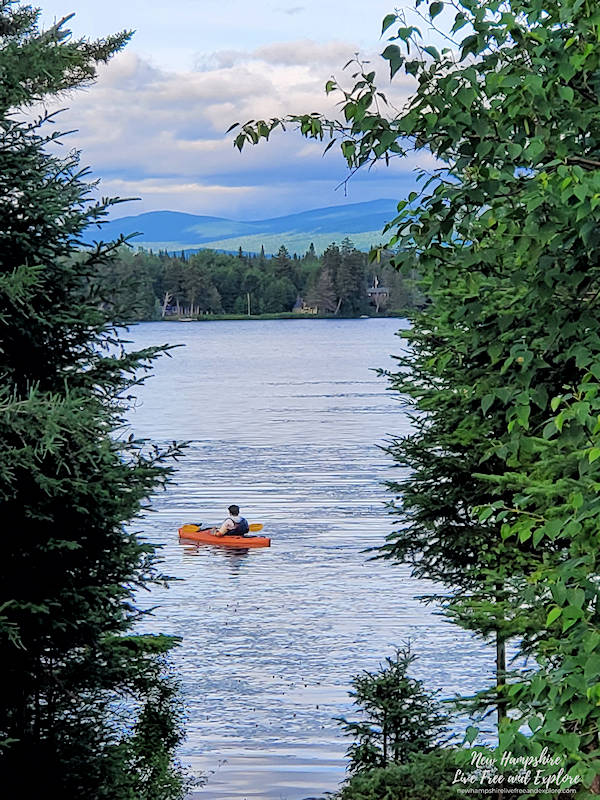 The fishing did not disappoint! We didn’t break any records but the rainbow trout were gorgeous and the smallmouth put up a nice feisty fight. We rarely keep any of the fish we catch, everyone got a pardon back into the lake. 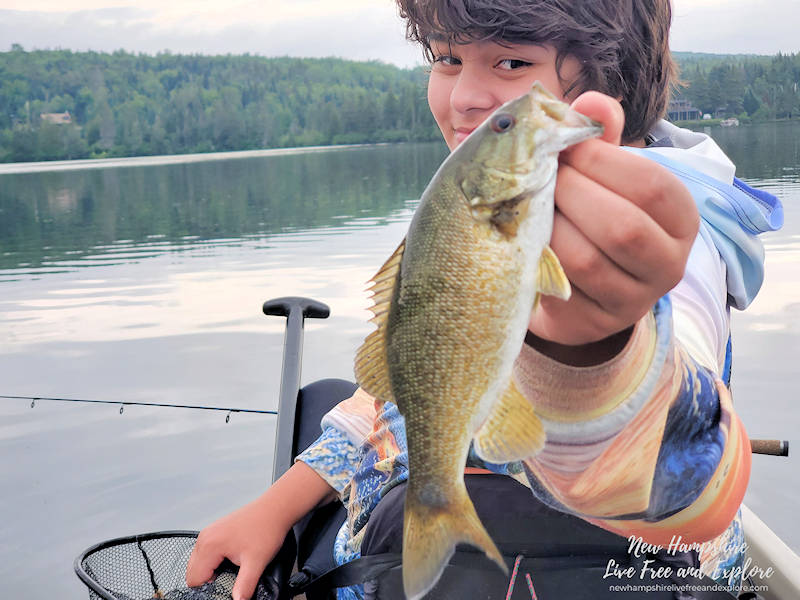 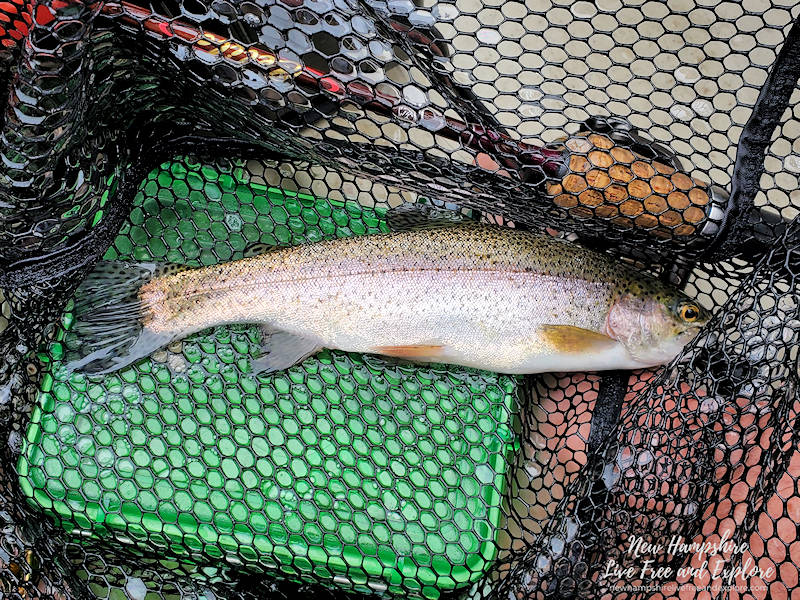 I need to work on my bird photography skills. I wished I could have captured the bald eagles around the lake. Loons, peregrine falcons, geese, and ducks added to the peacefulness and serene feeling at Back Lake. 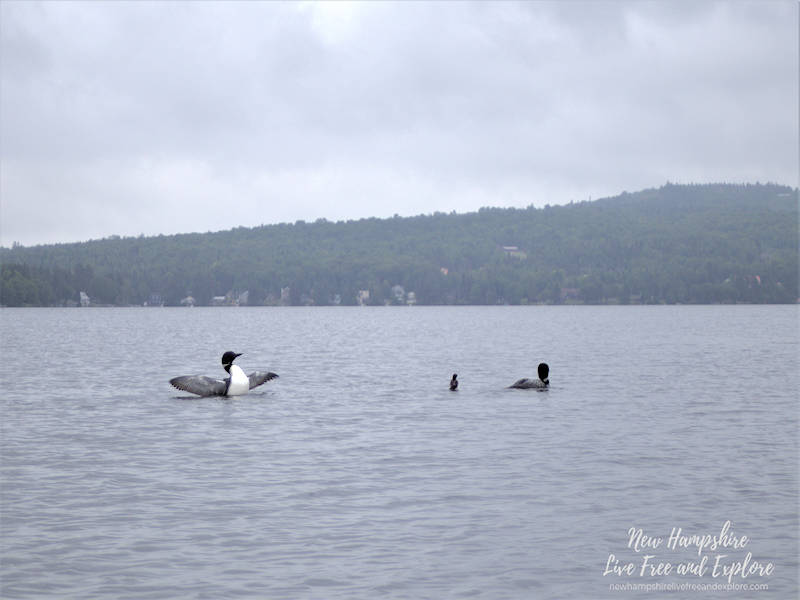 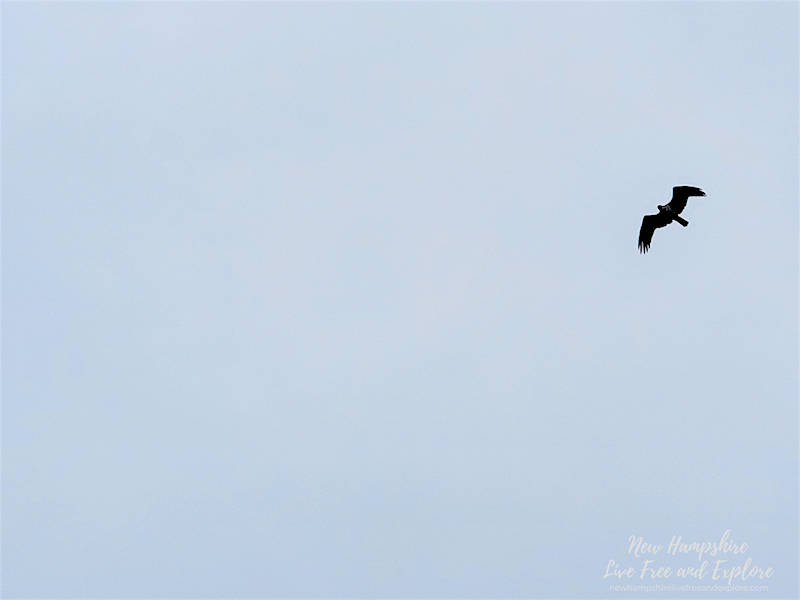 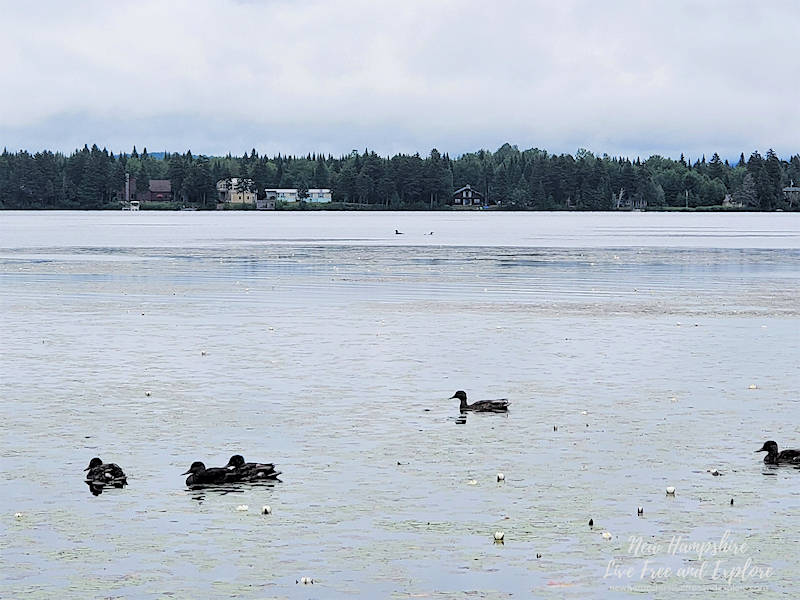 We were pleasantly surprised by the 4th of July fireworks display put on by individual lakehouses. The reflections across the lake made it unique and another great memory to take home. 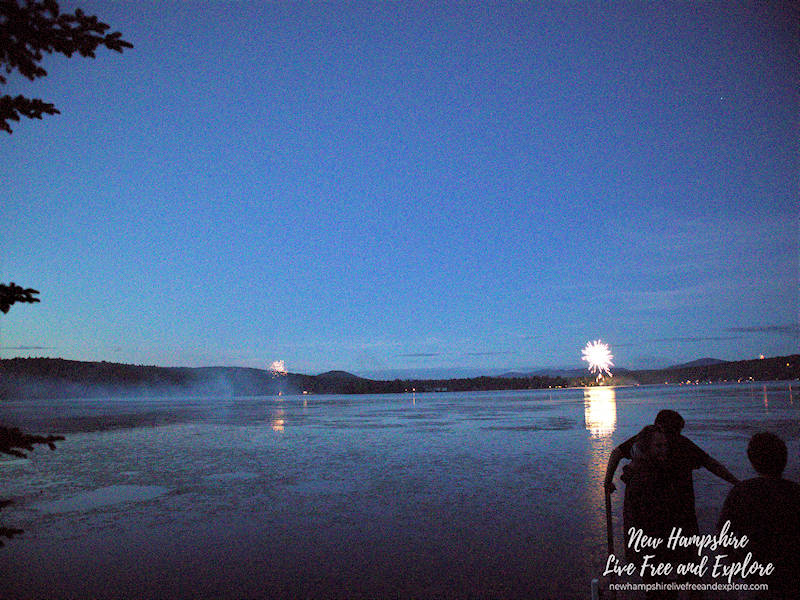 We learned that Pittsburg is New Hampshire’s northernmost and largest town. It is larger in land area than some entire counties and over twice the size of the next closest town, Lincoln! The combination of its size and low population gives you the feeling that you have truly gotten away to a special place.

Another piece of NH trivia I learned is that Pittsburgh was known as the Republic of Indian Stream from 1832-1840. Because of a border dispute between Canada and the US, it remained in this limbo until it was declared part of New Hampshire in 1842. 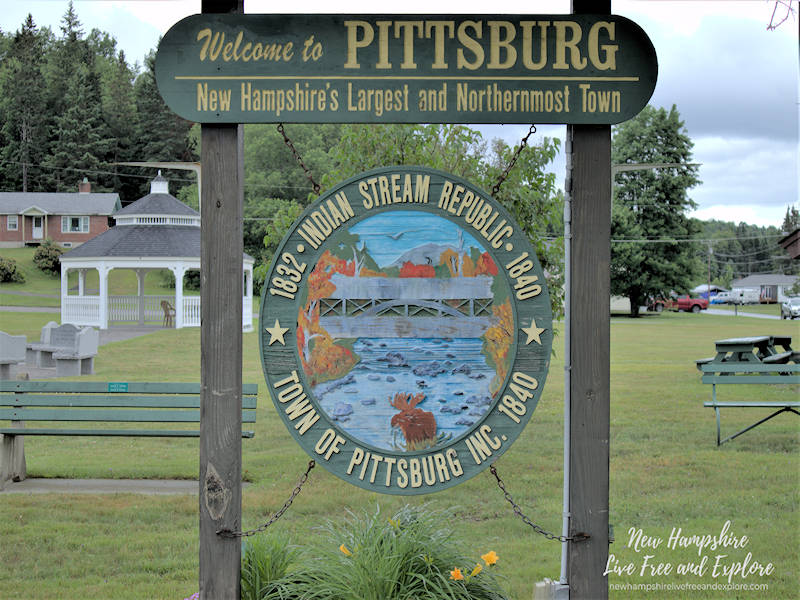 It became clear that this area is a definite attraction for ATV enthusiasts. Snowmobiling in the Winter is another major attraction. We had a delicious breakfast at a newly opened restaurant called “Full Send” that looped some great footage of both ATV and snowmobiling. There are countless trails for hiking and motorsports. 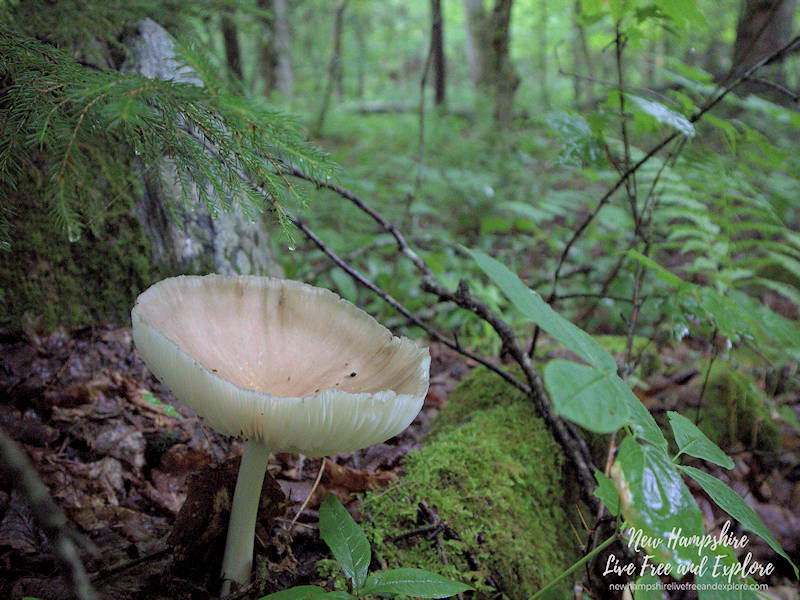 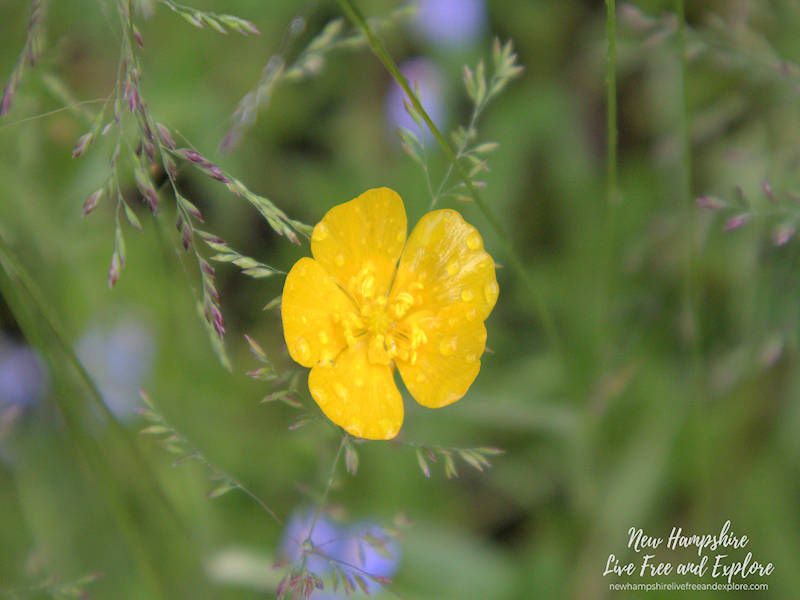 Having grown up near the Connecticut River, it was exciting to be so close to its origins. A goal for another day is to explore the fourth lake at the point where the river begins. I am told that you can jump from one side to the other which seems like something to definitely add to the must-do list! 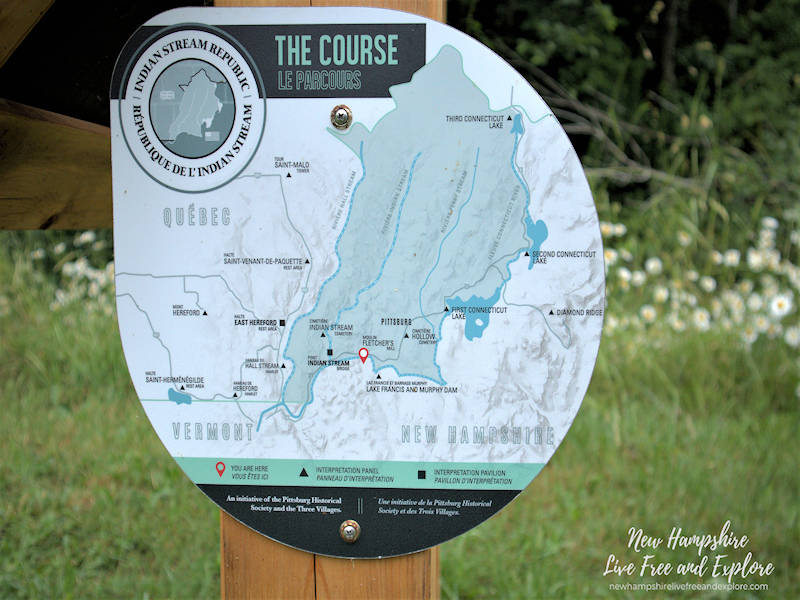 The Great North Woods region is blessed with numerous historical covered bridges. An added benefit is that many of them span the Connecticut River. It provided the opportunity for some really enjoyable scenery, fishing, and pictures. 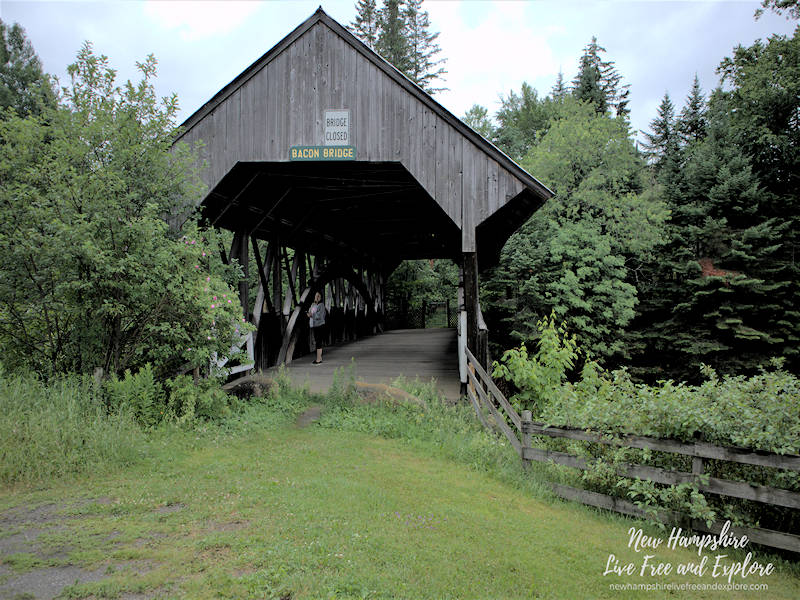 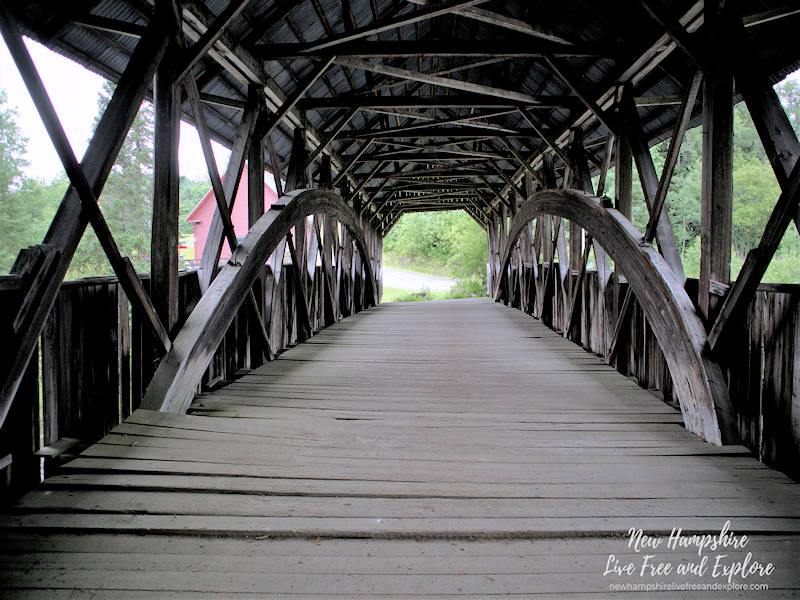 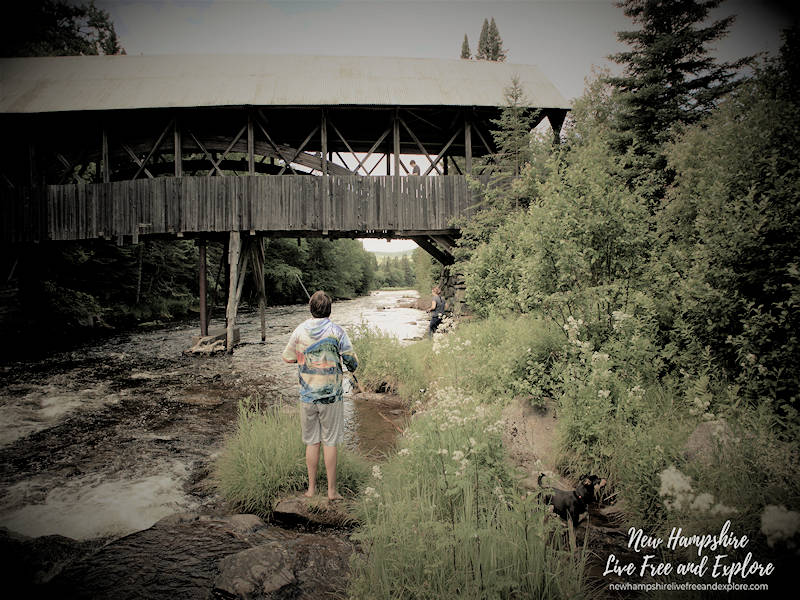 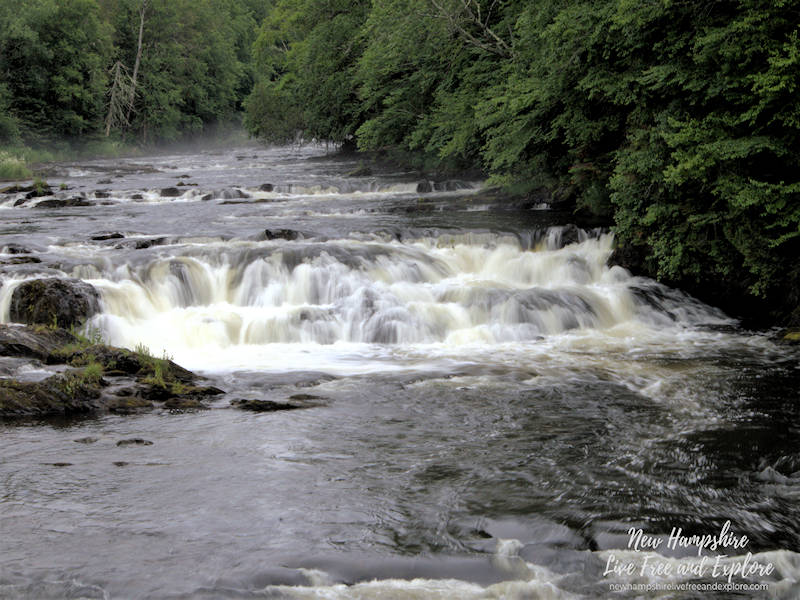 The Connecticut River provided for some great scenes of people fly fishing when we were out exploring. Some people make it look like art! 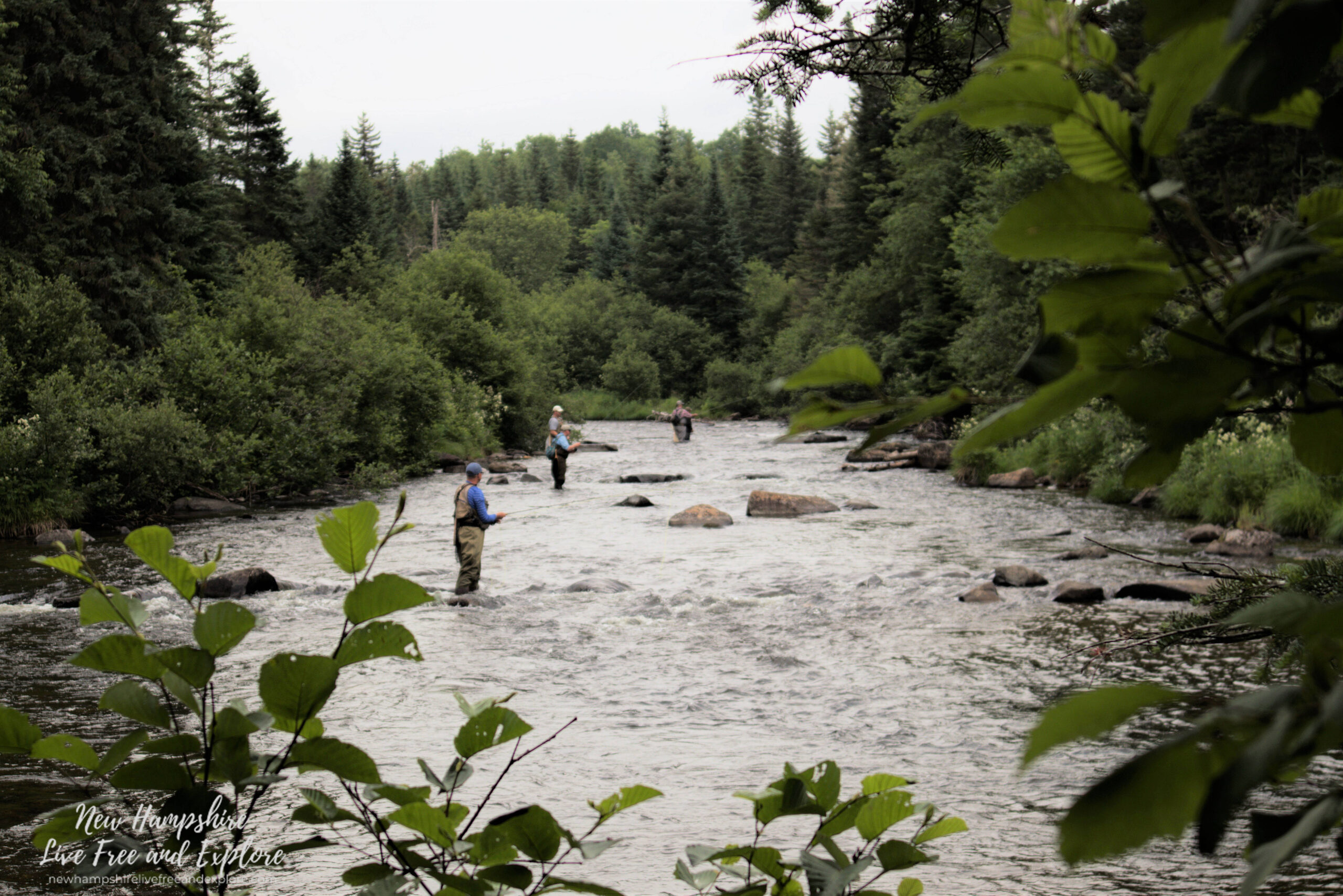 I hope you enjoy the video at the top of the post. As always, feel free to leave a comment below.  I’d love to hear about your experience on vacation in New Hampshire or any other adventure. Subscribe to stay updated and follow and share us on social media!

Until the next adventure, “Live Free and Explore!” 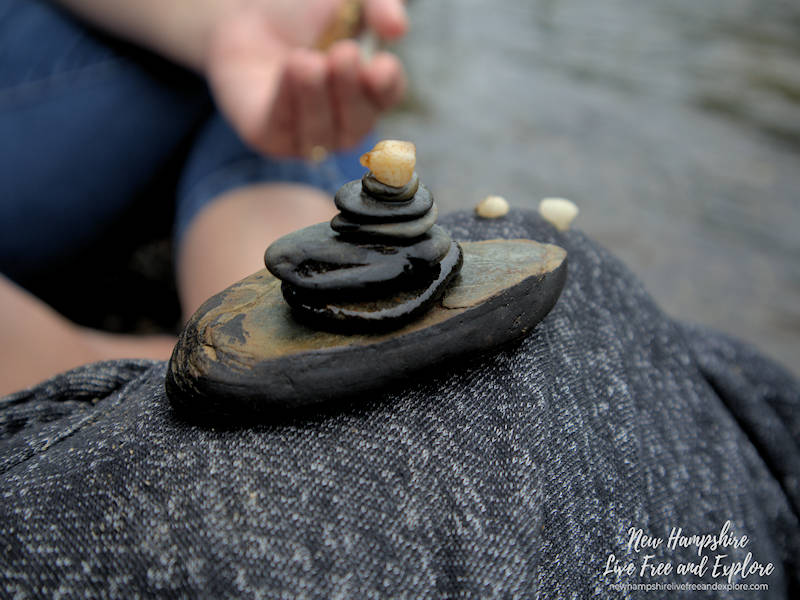